BYU, University of Colorado scientists may have discovered the most lifeless place on Earth | Meridian Magazine 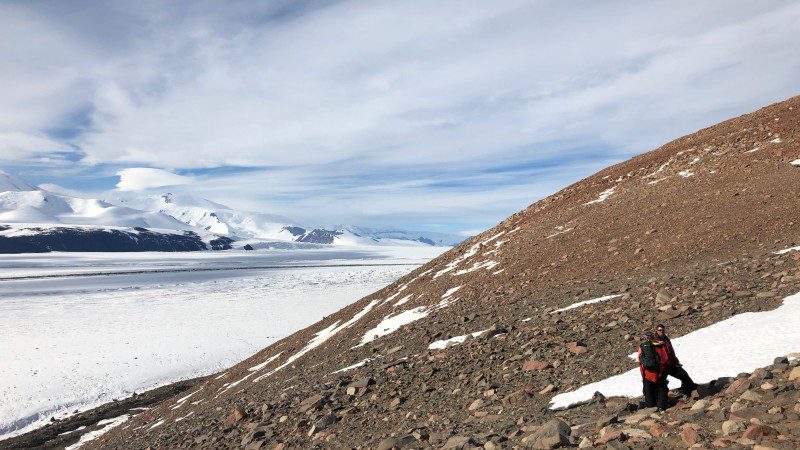 BYU, University of Colorado scientists may have discovered the most lifeless place on Earth

In any handful of earthly soil there exists countless microorganisms. Anywhere you dig it up — the deepest ocean trenches, the most acidic geothermal systems, the driest arid deserts — soil on this life-sustaining planet is teeming with life. Until now.

A group of scientists from Brigham Young University and the University of Colorado have found a remote location deep in the icy heart of Antarctica’s Transantarctic Mountains where the soil contains no distinguishable sign of life. It represents the first time humans have discovered earthly soil that appears uninhabitable.

“A gram of soil has like a billion cells living in it, but we couldn’t find a single cell in this soil,” said BYU biologist Byron Adams, who led the expedition. “No one has ever seen soil without microbes, until now. We found an environment outside the boundaries of life, and we found it here on earth.”

The discovery, detailed recently in the Journal of Geophysical Research: Biogeosciences, came after Adams and researchers from the University of Colorado analyzed 204 ice-free soil samples collected across a remote valley in the Shackleton Glacier region — some 300 miles from the South Pole. While most of the soils tested contained diverse microbial communities, microbes could not be detected in roughly 20% of the samples, many of which came from the driest, higher elevation soils.

Lead author Nicholas Dragone, a Ph.D. student at CU Boulder, used a method called polymerase chain reaction (PCR) to detect microbial DNA in the soil, but came up empty in the higher-elevation samples. Assuming it was an error, Dragone carried out several additional experiments to tease out any signs of life. Attempts to flush the soil with glucose to prompt organisms to emit carbon dioxide failed, as did attempts to detect ATP, a chemical all living creatures have and use to store energy.

While the researchers are careful not to say with certainty that the soil is sterile, they still haven’t found any signs of life after more than a year of trying.

“We found a place on earth that has had millions and millions of years to evolve to support life, but it hasn’t,” Adams said. “If there is anything there, it isn’t functioning; the cells aren’t living and dividing and they’re not performing any metabolic functions.”

The team took the samples from two Antarctic mountains during a brutal January 2018 expedition where temperatures reached -17 degrees Celsius. The NSF-funded trip included helicopter trips to different locations up and down the Shackleton Glacier, including the 7,000-foot-elevations of two mountains, Schroeder Hill and Roberts Massif. It was high up on these mountains where they found the samples with no discernible life.

The researchers, including senior study author and CU Boulder ecologist Noah Fierer, conclude the constant exposure to deposited salts, low temperatures and extremely low water levels over thousands of years has created an environment that restricts microbial life. They also found the soils with no detectable microbial DNA had high concentrations of chlorates and perchlorates, corrosive salts used in rocket fuels and industrial bleaches. Those extremely toxic salts also happen to be abundantly present on Mars.

No surprise, then, the researchers believe understanding what’s happening in these Antarctic soils can help better predict where microbes might or might not be found on other planets.

“These soils are as close to what you’d find on Mars as you would anywhere on Earth,” Adams said. “Obviously we advocate for using these types of places for studying what life might be like on Mars or elsewhere in the universe. It’s cold, dry and full of these weird salts. If certain things can live here and handle this environment then maybe they can live on a planet like Mars.”