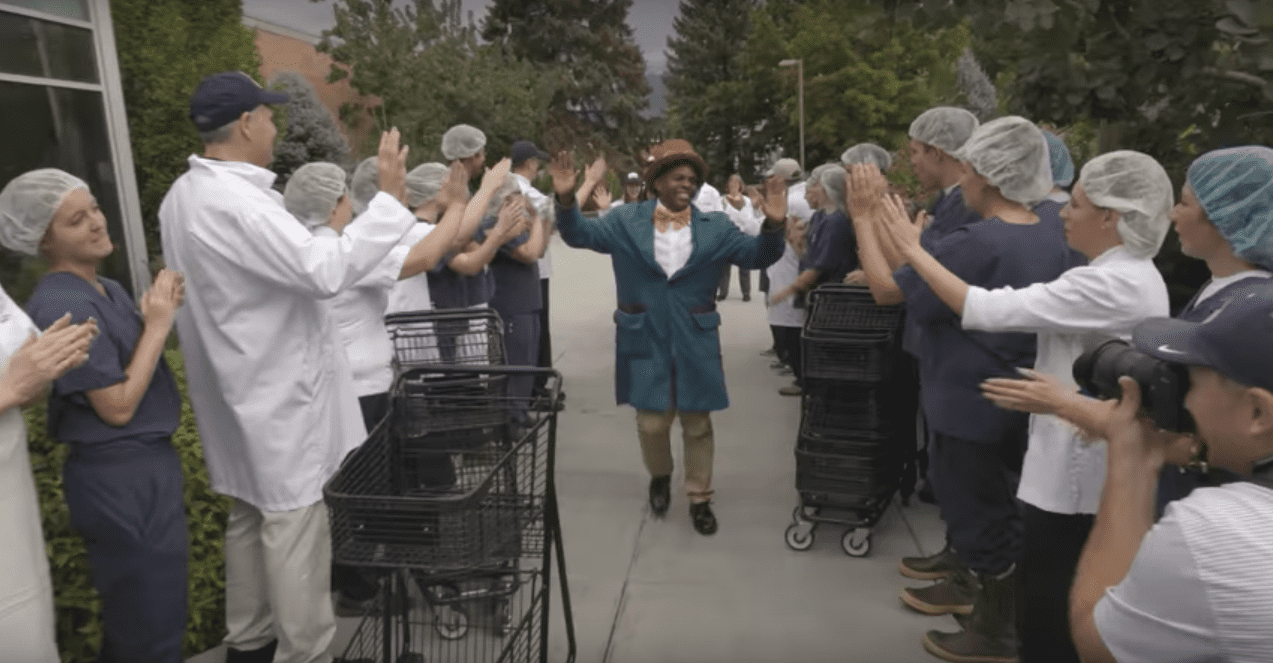 Rather than downplay 20 years’ worth of the Princeton Review’s quirkiest label — Most Stone-Cold Sober school — BYU embraced it in a big way. In fact, so big that it received national recognition for its celebratory campaign.

BYU received a national Circle of Excellence Gold Award for Best Uses of Social Media: Student Life from the Council for Advancement and Support of Education (CASE). In the report, judges noted that “sometimes being 100 percent true to your identity is the best thing you can be. This integrated campaign was authentic to Brigham Young University’s identity.”

Capitalizing on the 20-year milestone, BYU’s celebration went beyond the typical fun photo and expanded into a weeklong campaign. The creative team designed a contest à la Charlie and the Chocolate Factory, and five golden tickets were hidden under chocolate milk bottle labels in campus vending machines and markets.

Each day a clue on where to find one of the bottles was published on BYU’s social media. Finders received a year’s supply of BYU Creamery chocolate milk and a Willy Wonka-esque tour of the factory where all of the university’s signature sweets are made.

“This campaign was a fun way to give back to the students who have helped keep BYU at the top of list for Stone-Cold Sober school for 20 years running,” said Natalie Ipson, BYU’s campus news manager and the celebration campaign lead.

Additionally, four other creative projects from BYU were recognized with national CASE Circle of Excellence awards:

BYU earned a silver in the long-form video category for biology research about fish in Alaska.

As a BYU alumni, I have always been pleased with the 'stone-cold sober" award. I only wish every student and staff member at BYU would adhere to the school's honor code as they promised when they accepted admission / employment to the university. Sadly, there were many students who flagrantly violated the honor code when I attended BYU over 40 years ago and, unfortunately, that still seems to be the case. I realize that we are all human and that we all make mistakes, but, I don't think the honor code is really that hard to keep. I am particularly annoyed with those who willfully violate the honor code and then castigate the school and the LDS church for being "unrealistic" in their expectations of students and staff. If a student / staff member can't keep promises made prior to admission / employment, that person should have the integrity to admit he / she (perhaps) never intended to keep the honor code to begin with and quietly transfer to another school. I don't understand the outcry of people who seem to want to force their standards onto BYU and the LDS church when there are hundreds of colleges and universities that allow a lower standard of conduct. If I violate my company's code of conduct, I would expect to be summarily dismissed from my employment. Why should attendance at a university be any different?