BYU Ranked No. 4 in the Country for Taking Research Inventions to Market | Meridian Magazine 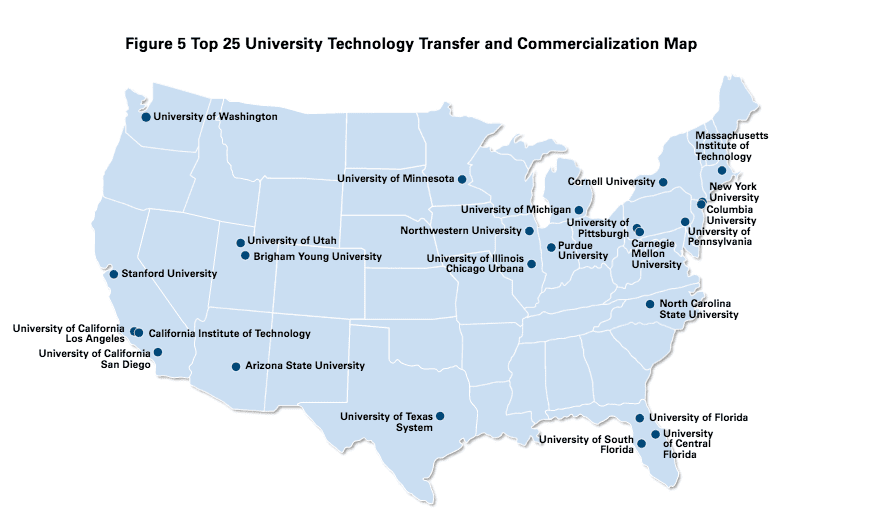 BYU Ranked No. 4 in the Country for Taking Research Inventions to Market

BYU is one of the top five universities in the country for turning research discoveries into new technology, products and companies, according to a recently released report.

In its newly released report, “The Best Universities for Technology Transfer,” the nonprofit think tank Milken Institute ranks BYU No. 4 — just ahead of Stanford, MIT and Caltech.

“BYU has a highly entrepreneurial culture and some of the strongest incentives available for faculty,” the report states. “BYU performed admirably in all the metrics, but stood out in its ability to spawn start-up companies.”

In fact, BYU has the highest start-up score of the top 10 universities ranked on the list. (Read about some of BYU’s most recent startups here.)

The report points out that BYU’s fourth place finish is an especially noteworthy achievement considering its research expenditures ($32.2 million) pale in comparison to institutions like Johns Hopkins University ($1.55 billion) and Stanford ($946 million).

“The work we do in the BYU Tech Transfer Office is a reflection of the faculty at BYU and their fantastic work in innovation,” said Mike Alder, director of the BYU Office of Technology Transfer. “This ranking wasn’t expected, but it is a nice validation of the hard work we all do here.”

BYU’s focus on student entrepreneurship is also noted in the report. The authors compliment the Rollins Center for Entrepreneurship and Technology for creating a nurturing environment for students starting and growing tech ventures.

The University of Utah took the top spot in the Milken Institute’s rankings. To access the full rankings, download the report here: www.milkeninstitute.org/publications/view/856