Book Review: The Lady and the Minstrel | Meridian Magazine 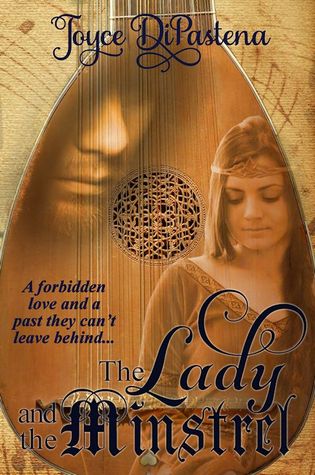 Book Review: The Lady and the Minstrel

There are few LDS writers who set their stories as far back as 1214 unless the story is based on scriptural times, but Joyce DiPastena has done just that with The Lady and the Minstrel. This Medieval romance goes far beyond the romantic relationship between two people to include lessons in English history, politics, and a generous amount of adventure.

Born a villain in the 13th century, Robert Marcel resents being bound to his lord’s manor and being little more than a slave. When his father is executed on phony charges by the nobleman, his brother’s family nearly starves to death, and his sister is forced into marriage with a cruel and abusive man, Richard sets out to spread his belief that people aren’t property and each one should be free. He makes a daring escape, but is nearly caught by his master. A young girl aids in his escape.

Years later he meets the young lady again and discovers she is Lady Marguerite of Winbourne, daughter of a wealthy, cruel baron and several classes above him, a lowly minstrel. Marguerite is also the granddaughter of an eccentric man who left his vast holdings to the man she will one day marry. He also freed his villeins, a step that has created great political and social concern for potential suitors. Only the Earl of Saxton is arrogant enough and who has the king’s ear as King John’s counselor is convinced his position is powerful enough to have his way with her property if he makes her his bride. Her vast holdings will make him nearly as important as the king.

Marguerite’s father betroths her to Saxton over her objections. She is offended and embarrassed when he continues his very public affair with another woman. She meets the minstrel and becomes aware of their past connection. They arrange to meet secretly and soon fall in love. Their attempt to elope is thwarted, but her marriage to Saxton is also delayed by King John’s war to reclaim land the French have also claimed.

War and intrigue keep the two apart and at the same time, bring into their lives friends who can help them. Their love is tried over and over. The obstacles to their being together are many and there are serious questions they must answer concerning duty, loyalty, and happiness.

The characters in this book are well developed, show growth, and are appealing. The background is powerful as DiPastena weaves in the laws, customs, animosity between Church and State, clothing, food, and the day to day procedures of the early thirteenth century. She provides a glossary as well to define characters and medieval terminology. Though the story is long, it doesn’t weaken or lose the basic plot sequence. Joyce DiPastena is a seasoned writer with a great deal of skill and talent. This novel highlights her research skills, amazing vocabulary, and her ability to tell a story. The daunting length of this book, nearly six hundred pages, may discourage some readers from picking it up, though it is well worth the time spent on it.

Joyce DiPastena grew up in a copper mining town in Arizona. She is a graduate of the University of Arizona where she majored in history. When she isn’t writing she loves to read or play the piano. One of her favorite activities is attending the annual Arizona Renaissance Festival. This is her fifth novel.

THE LADY AND THE MINSTREL by Joyce DiPastena, published by Sable Tyger Books, 581 pages, soft cover $15.95. Also available for e-readers.