Beyond the Call of Duty | Meridian Magazine 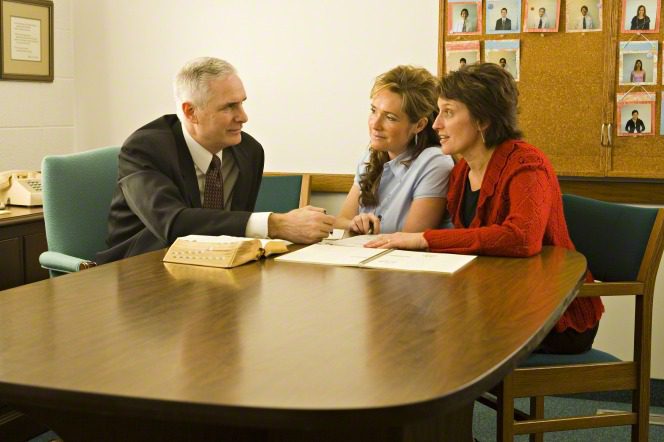 Beyond the Call of Duty

Once upon a time a miracle occurred in my ward. A brother moved in who didn’t know anybody. On Sundays he arrived a few minutes before Sacrament Meeting started and sat by himself on the back row and reverently listened to prelude music. After several weeks the brother was called to a significant position in the ward. That’s when the miracle occurred.

The week following his call the brother arrived a few minutes before the Sacrament Meeting but he didn’t sit down and listen to prelude music. He walked up and down the aisles and shook hands. He leaned over pews and introduced himself to people. He patted his brethren on the shoulder and flashed a surprisingly engaging smile. The man who had kept to himself for weeks on end was suddenly reaching out and welcoming strangers. The difference? A calling.

The power of a responsibility is not lost on the leaders of the Church. Sage Relief Society Presidents know the way to ensure optimal attendance at an activity is to give as many people as possible an assignment. Rather than buy a dozen pies for a ward party, they will assign a dozen women to bring a pie, thus increasing the odds that twelve more people will attend than would otherwise. Frequently we can scan a room at an event and recognize virtually everyone in attendance is fulfilling an assignment of some sort.

A friend recently revealed what happened when her ward was divided. The new ward was so much smaller than it had been before that many callings were left unfilled. A miracle occurred again. Three families that had been less active when the ward was large, accepted callings in the smaller ward and became active again. Callings are so important for making people feel needed that we frequently invent callings. That if ward members do not have another reason for participating in a meeting, at least they will attend out of obligation.

At a recent meeting of priesthood holders the instructor asked those in attendance why they were there. Unanimously they responded, ‘“Because it’s my calling,” or “Because I’m supposed to be here.” They all received accolades from the instructor, because they were, indeed fulfilling their callings by attending their assigned meetings. I wonder if anybody would have attended, if they didn’t have a calling?

Serving when specifically called to serve is often easier than serving when not called. Visiting those people on our visiting teaching/home teaching routes seems natural and necessary. Visiting someone we hardly know, someone who may hardly know anybody, stretches our comfort zone. Extending a hand or a hug to a member of our class or quorum seems natural and necessary. However, extending a hand or a hug to someone we hardly know stretches our comfort zone.

Full-time missionaries sometimes flounder when they return from their missions. They are so accustomed to being anxiously engaged in the work of salvation that they feel lost when they return home and they don’t know quite where they fit into a ward.   Bishops across the church have noticed the importance of quickly involving those missionaries in their resident wards. It’s easier to feel like we belong when we have a calling.

I have seen Young Women presidents, even bishops stop coming to church after previously serving with all their heart, might, mind and soul. It seems when they are not told where they fit in a ward they don’t know if they fit.

Not Commanded in All Things

Because it is so much more difficult to feel a sense of belonging when calling-less, I am in awe of those who go out of their way to serve, even when they are not in a leadership position. I have a sister-in-law who is so welcoming of newcomers, I call her “Sister Friendly.” She has often been without a calling in her ward, but seldom has a single person come into her congregation without getting a hug from Sister Friendly.

I have a world of respect for those who attend a baptism, a Court of Honor, a homemaking meeting, even a ward party, even when they have not been assigned to attend, or to bring something to the event. We are all extremely busy and have extensive responsibilities. It is extraordinary for someone, who has responsibilities of his own, to serve when service isn’t a requirement, but performed out of the goodness of his heart.

Elder Oaks once listed a hierarchy of reasons we serve. One of the reasons we serve is because of obligation. That is not the worst reason to serve by any means. However, Elder Oaks taught that the most Christ-like reason to serve is because of love. We attend meetings even when not assigned because we love the leaders who are assigned and we know they need our support. We extend a hand or visit someone in distress, when it is not our calling because we love them.

President Monson has told numerous stories about going out of his way to visit someone who had been praying for a special visit from the prophet. For years I thought the thing that made those visits special was the fact that it was the prophet that visited. Who wouldn’t consider it an honor to be visited by a prophet? However, now I believe the reason President Monson shared those stories was not to emphasize how special it is to be visited by a prophet, but by how special it is to be have The Savior remember you and send one of his servants to minister. The servant doesn’t have to be a prophet. It could be any one of us.

JeaNette Goates Smith is a Licensed Marriage and Family Therapist in Jacksonville, Florida and the author of numerous books available on Amazon.

Some of my best time serving is not related to any "calling". One year as I made soup for my family I felt impressed to take a 1/2 gallon of it to someone. Then later in that same season it happened again. Every time I made soup that season I made extra and took it to other people in my neighborhood. I don't know what happened with every family, but I do know that I was the answer to prayer for two families. I call that time in my life the "soup season". It was a miraculous time for the families I shared with/served. And it was a miracle for me as I learned more in depth how the spirit speaks to me. Family history is also something that everyone can do at any time in their lives. You don't need a calling to do family history. Family history is personal worship just like partaking of the sacrament and temple attendance. It is not all done. It can never be all done. I really like some recent counsel from the Sunday School General President where he asked us to come more prepared every Sunday to actively participate in gospel discussions. Have we read the material? Have we prayed for the teacher? Do we comment in class? How are we helping ourselves learn? Some other non-calling thoughts: How can I be a better visiting teacher? Do I really "know" those I am assigned to teach? Do I actively pray for them and think of them throughout the month? Visiting teaching is about watch-care ... not just sharing a message. How do I become a better neighbor? Do I know my neighbors - really know them? Are they my friends? This summer our family made cookies each week and identified 4-6 families we could share our cookies with. Over the course of the summer we shared with more than 60 families in our neighborhood - members and non-members alike. How about our personal discipleship? What are we doing to show love one to another? What are we doing to bless those whose needs we can see? We don't need official callings to serve the Lord. Oftentimes I think our best service comes when we aren't "called" to do anything. Listen to the spiritual promptings and go bless someone's life. Don't wait for someone to ask you to do something. Ask how you can help others. Are we really converted to the Lord and his Gospel?

My husband and I moved into our current ward 2 years ago. We have served 3 missions, 2 part-time stay at home missions and 1 full-time mission. After 3 months I was given a calling in the nursery. That lasted a year and then I was released. My husband was still serving a part-time, at home mission. After I was released I waited and waited for a calling. I might mention that 95% of the ward are 25 to 30 year olds and we are in our late 60's. My husband's part-time mission ended in September and we did not want to be without a calling, other than home/visiting teaching. So, we went to our nearest Family History Center and asked if they could use our help. We were welcomed most heartily. We filled out the paperwork and then submitted it to our Bishop who was quite surprised. He asked why we wanted to serve another mission. I informed him that I had gone a year without a calling and was not happy about the situation. He seemed annoyed by this but filled out his part of the paperwork. We then took the paperwork to our Stake President for his signature. He too asked why we wanted to serve another mission. My answer was that I wanted to serve the Lord and I also wanted to feel needed. His reply was that our ward needed us but our ward just didn't know they needed us. We are now happily serving as missionaries and loving it. Even old people need to feel needed.