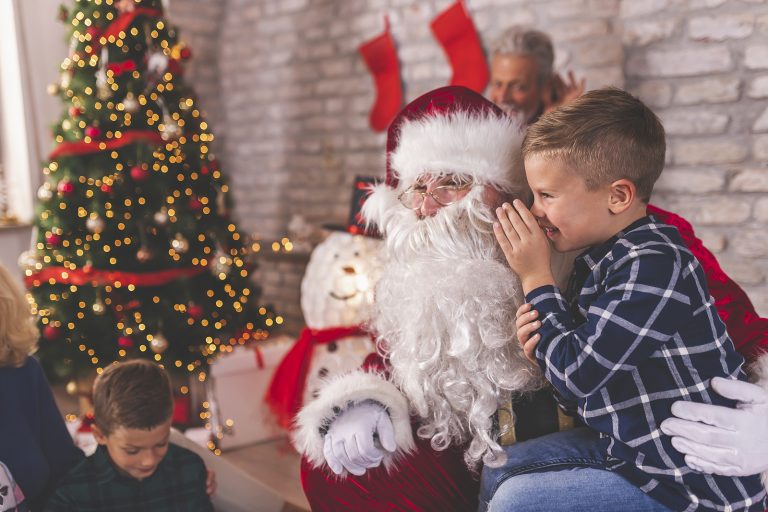 I’ve only seen a few people playing Santa this year, and they were paid. I like to do it for the enjoyment, and being paid diminishes that for me. So, when my daughter asked me to play Santa for her children, then later asked instead for her entire community, I agreed.

Most people at the community dinner didn’t think Santa was coming and seemed disappointed. So they seemed happy when they learned the news. “I have a shy little five-year-old daughter,” a lady said. “She would love to see Santa, but not having had the chance for almost two years, I think she will be too scared.”

The shy little girl came and nervously asked for music from the movie Frozen. When I asked which one, she said both. “But could you make it easy piano music because I’m just learning to play?” We then talked about playing piano, and with a nod from her mother, I told her to look for the music on Christmas.

There were the normal rambunctious teenagers, and then there were some, as always, that touched my heart. A rebelliously dressed teenaged boy said he just wanted his dad to come home. And at the end of the line, waiting patiently and quietly until everyone else was done, was a little boy about six years old. Through the evening, I had just pulled the children close to stand by me, afraid the parents would be concerned about them sitting on my lap because of Covid. But he asked specifically if he could sit on my lap and give me a hug. I looked at his mother for permission, and she nodded.

I pulled him onto my lap, and after a big hug, asked him what he wanted for Christmas. He said, “All I want for Christmas is for my parents to get back together so we can be a family again.”

My heart melted. I told him I was sure they loved him, but sometimes adults don’t agree on things. Then I said, “But there is one other thing I want you to always remember when things get hard. I want you to know I love you.”

His mother cried, and the boy hugged me again before smiling and taking his candy cane. I turned and looked at the line. It started filling up with children who had already visited with me. I thought maybe they saw I still had more candy canes or forgot a request the first time. But when I asked the first little girl if she wanted another piece of candy, she shook her head.

“Nope. I just came to climb on your lap and get a hug like Kevin did.”

And that was true of all of them, though a few accepted a second treat. But what they really wanted was a hug. When they all had gotten their hug, some of them more than one, I shared the left-over candy canes with the parents.

When I had finished and went to change back to the normal me, I thought about what had just happened. Sometimes children ask me if Santa is real. I thought, “Oh, he’s real, all right. And he’s part of all of us, whether it is when we need a hug or have an extra one to share.”

I also thought of what we have lost through this last year. The children yearned for love, a hug, and a feeling of approval. I was Covid free, so I could feel comfortable being close to the children. But some people asked if I wasn’t afraid of catching Covid by playing Santa. I answered that I wasn’t scared of getting it. Yes, I know I could lose my life. But what I am really afraid of is losing something more important: humanity, charity, and compassion.

This last year, we have seen an increase in anger, hatred, prejudice, and mistrust. Some have promoted it for their own gain to the detriment of others. The youngest members of our society are the most sensitive, and I feel it affects them the most, especially when the normalcy we so desperately seek seems so far away.

The children there touched my heart and made me consider what is most important. The experience made me commit to looking more for good in others, lift someone who could use a kind word, and try to make someone else’s life a little better.

As usual your writing inspires me and makes me want to BE BETTER. Thank you for sharing your experiences. I LOVE your column.