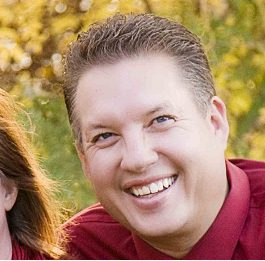 Being a Church Member in the Town That Killed Joseph Smith

If you love stories from Church history, don’t forget to get your Treasures of the Restoration jigsaw puzzle by CLICKING HERE.

The following comes from The History of Warsaw, Illinois, by Brian Stutzman- Available on Amazon.

Many residents of Warsaw, Illinois speak fondly of that “Mormon family that once lived here.” This might seem unusual because in 1844 Warsaw was the center of anti-Mormon hostilities during what is known as the “Nauvoo Period” in our church history. In fact, Warsaw was the home to the angry mob that murdered the Prophet Joseph Smith. Yet, some 136 years after that tragic martyrdom, Warsaw became the home to a Latter-day Saint family that many residents grew to love, admire, and respect.

The Lowell Barrowes family, an “ordinary” Latter-day Saint family as they described themselves, is just one example of how faithful members of the Church of Jesus Christ of Latter-day Saints broke down social barriers and melted away religious bigotry or misunderstanding by simply living their faith.

Warsaw sits on a beautiful bluff overlooking the Mississippi River and is just 18 miles south of Nauvoo, Illinois. Upon being expelled from Missouri, the Saints started to settle Nauvoo in 1839. By the early 1840s tensions had developed between the “old settlers” in Warsaw and surrounding areas, and the new and rapidly expanding population of Mormons in Nauvoo, which reportedly grew to almost 20,000 people. The Mormons established industries, farms, and businesses. They began dominating local trade that took potential business away from the residents in Warsaw. There was even a proposal to make a deepwater port in Nauvoo, which further threatened Warsaw economically.

The sheer size of Nauvoo’s population was enough alone to stifle the political ambitions of those in Warsaw because new Mormon immigrants could vote after being in the country only six months. Also, members of the Church would often vote the same. When William Smith, the Prophet’s youngest brother, ran for a seat in the Illinois State legislature in 1842, he defeated challenger and Warsaw newspaper editor Thomas Sharp, thanks in part to the solid backing of William’s fellow church members.

When Nauvoo was issued a city charter from the State of Illinois, it allowed for Nauvoo to have its own militia which was called the Nauvoo Legion. Because the Saints had been persecuted in the past, being driven from Missouri and having their land and property stolen from them without compensation, this locally controlled militia was important to members of the Church because it provided protection.

As the Saints practiced their religion and Nauvoo grew and prospered, the Mormons gained in economic, social, militia, and political power. Sadly, an unintended consequence of these Mormon successes was increased jealousy, fear, and distrust from some of their neighbors. Nowhere were these bad feelings toward the Church stronger than in nearby Warsaw.

In 1841, a group of Warsaw residents established the Anti-Mormon Political Party. Thomas Sharp, editor of the Warsaw Signal newspaper, began a multi-year attack on the Church through his fiery editorials. His hatred culminated in June of 1844 when he urged those that did not like Joseph Smith or some of the things Smith had done to make their feelings known “by powder and ball.”

On June 24, 1844, Joseph Smith went to Carthage to answer a legal complaint. He was eventually put in the Carthage Jail for his own safety while a charge of treason was being sorted out. Joseph, then mayor, had enacted martial law in Nauvoo to head off any disturbances after the City Council had ordered the destruction of the Nauvoo Expositor newspaper, which they had just deemed a public nuisance. His critics seized upon Smith’s enactment of martial law and then trumped up the charge of treason against him. The charge allowed the court to hold Joseph without the possibility to post bail. Hyrum, the Prophet’s brother, and Apostles Willard Richards and John Taylor, who would later be the third president of the Church, were also in the jail with Joseph. The governor had promised the state’s protection until a trial was held and placed a guard around the jail to safeguard the Smiths.

On June 27th, 1844, an angry mob of about 150 men assembled in Warsaw. They decided to go to Carthage and as they approached the jail, they blackened their faces with mud and gunpowder to disguise their identities. Around 5 p.m. this group descended on Carthage Jail and shot and killed both Joseph and Hyrum Smith. The mob then met back in Warsaw that night to drink and brag to each other about how they had “Killed Ol’ Joe.” This was certainly one of the darkest days in the history of the Church.

Most members of the Mormon faith know the story of this martyrdom, the eventual expulsion of the Saints from Nauvoo, and their settlement in the Salt Lake Valley. These church members faced many persecutions. Indeed, the murder of Joseph Smith is the most read and studied event in the history of Hancock County, Illinois, and probably the most read and studied single event of the history of the State of Illinois.

Likewise, some residents of Warsaw have also been told or read about a few of the events from this period through a different “old settlers” perspective, which perspective often highlighted the reasons why some anti-Mormons felt compelled to expel the Mormons from the region. Newspaper editor Thomas Sharp’s brother-in-law, Thomas Gregg, wrote “The History of Hancock County” and a misguided biography of Joseph Smith entitled “The Prophet of Palmyra.” In both works, Gregg included a variety of half-truths, negative, and, at times, unfounded accusations against the Saints. Other local histories have sometimes perpetuated stereotypes, calling followers of Joseph Smith “unfortunate” and often incorrectly stating historical facts. To be sure, some Warsaw residents have heard a variety of falsehoods and stories about the Mormons through the years that painted and perpetuated a negative image of the Mormon people.

It was to this situation that a staunch Mormon household, the Lowell Barrowes family, moved to Warsaw. Lowell and his wife Norma both grew up in Utah. After serving a volunteer Church mission Lowell graduated from the University of Utah. Lowell then went to medical school in St. Louis and in 1980 bought the only medical practice in Warsaw, Illinois, a town that had a population of about 1600.

Word spread quickly in Warsaw that the new doctor in town was a Latter-day Saint from Utah with a big family. The Barrowes were naturally met with some skepticism, distrust, and perhaps a degree of religious bigotry. However, nothing slowed this warm and friendly family from becoming a huge asset to Warsaw. The children were smart, popular, and attractive. Neldon, the oldest son, was elected homecoming king at Warsaw High School and played on the football team. Lynelle, the next oldest and the oldest daughter, was elected homecoming queen a few years later.

Residents remember the Barrowes children as “down to earth and a friend to all” at school. Others called them “an asset to the Mormons.” On one occasion, a friend of the Barrowes’ children admitted “I went to my church, and my teacher told me stories of how bad the Mormons were and not to associate with Mormons, and I told her that I know the Barrowes, and they are Mormon, and I am not going to stop being their friend.”

The Barrowes family supported the community, often donating money and time, especially to programs that benefited the youth. One year, Lowell was given an award for being the biggest football booster of Warsaw High School. When Neldon, the oldest Barrowes son, received a Church mission call to serve in Sweden the local newspaper wrote about it. Even the president of the local Hill-Dodge Bank wrote him a letter of congratulations.

After 11 years of practicing medicine in Warsaw, Dr. Barrowes relocated his family, now with seven children, to a larger medical facility in Sparta, Illinois, mostly due to changing economic conditions. The Barrowes children grew up and eventually scattered across the country, from New York to Washington State, pursuing educations and careers in law, accounting, acting, dance, and other interests. Dr. Barrowes and his wife eventually returned to Utah where they reside today although he returns to Illinois regularly to practice medicine.

Even though they no longer live in Warsaw their influence is felt to this day and “that Mormon family” is still talked about in fond tones and happy terms. Many who knew the Barrowes are quick to tell a positive story or share an impression or happy memory.

One former resident shared her favorite “Barrowes Family memory” as follows: “Dr. Barrowes was my doctor for years; he delivered all 3 of my daughters, Rebecca, Lynna, and Brooke. I wouldn’t have had it any other way. He always took care of you, always answered the phone. I really loved Doc, he was a great doctor who had a great sense of humor, was good to the people of Warsaw, (and we) hated to see him go.

When my daughters were growing up, I told them about him, stories like …. how he took great care of them as babies. My oldest daughter decided to honor the man. Her firstborn, a son, was named Richard, after my father, and given the middle of Lowell, after Doc. So, if you see him, let him know, he is not forgotten; he was the first person to hold my children, which makes him a part of our family. Thanks, thanks for everything.”

Others in Warsaw share stories of how Norma Barrowes donated time and money at Warsaw High School helping with plays, musicals, and other productions. This family, who would consider themselves “just a normal Mormon family,” took the light of the Gospel of Jesus Christ, the light of their beliefs, and the light of their goodness into a town that had a history of darkness, distrust, and bad feelings toward the Church.

Indeed, today in Warsaw, the very town that produced the mob that murdered Joseph Smith, many residents revere and fondly remember the Mormons, at least these Mormons, simply because the Barrowes faithfully lived their Christ-centered religion regardless of their circumstances or environment. They simply loved and treated people with respect.

Perhaps one message all members of the Church of Jesus Christ of Latter-day Saints throughout the world can glean from the example of the Barrowes in Warsaw is simply this: regardless of where we live, be it in hostile or friendly climes, let us live the teachings of Jesus Christ. Each day let us treat and serve those we live around in such a way that people will remember us, our religion, and what we stood for, and some around us just might say, as was said about Lowell Barrowes, “Thanks, thanks for everything.”

(From The History of Warsaw, Illinois, by Brian Stutzman- Available on Amazon)

Enjoyed this article very much. No doubt that the Doc Barrowes Family took care of medical needs, but removed a dark cloud away from the area of Warsaw and negativity toward Mormons. Warms ones heart! Thanks