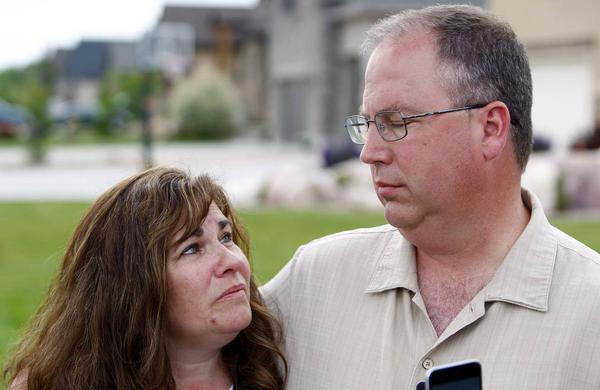 Tiffany Stoker, 14, and Tylinn Tilley, 13, sang Primary songs, yelled prayers and even teased each other as they swam for three hours trying to get to shore.

The Pleasant View teens were among three survivors of a tragic boating accident on Bear Lake this week that claimed the lives of four others, including three of their friends.

The other survivor, Kathryn Capener, also spoke Wednesday about the horrific accident that took the life of her husband, her two daughters and another teenage girl.

Dr. Lance Capener, 45, of Pleasant View, and daughters Kelsey, 13, and Kilee, 7, died after their boat capsized during a storm with high winds Monday. Siera Hadley, 13, of Harrisville, also died from injuries sustained in the accident. The cause of the deaths was believed to be hypothermia.

Kathryn Capener, hospitalized since the incident, said she anticipates leaving Logan Regional Hospital soon. She described how the family’s boat ride turned tragic during “one last run” for the day.

“Everyone was having fun, and the water had been good,” Capener said in a written statement. “Some of us went out on the boat for one last run. The wind storm and the waves picked up very suddenly, and despite our best efforts to steer through the waves and get back to shore, the boat capsized.”

Capener described a desperate, resilient struggle on the part of her family and her daughters’ friends.

To see the full article on Deseret News, click here.