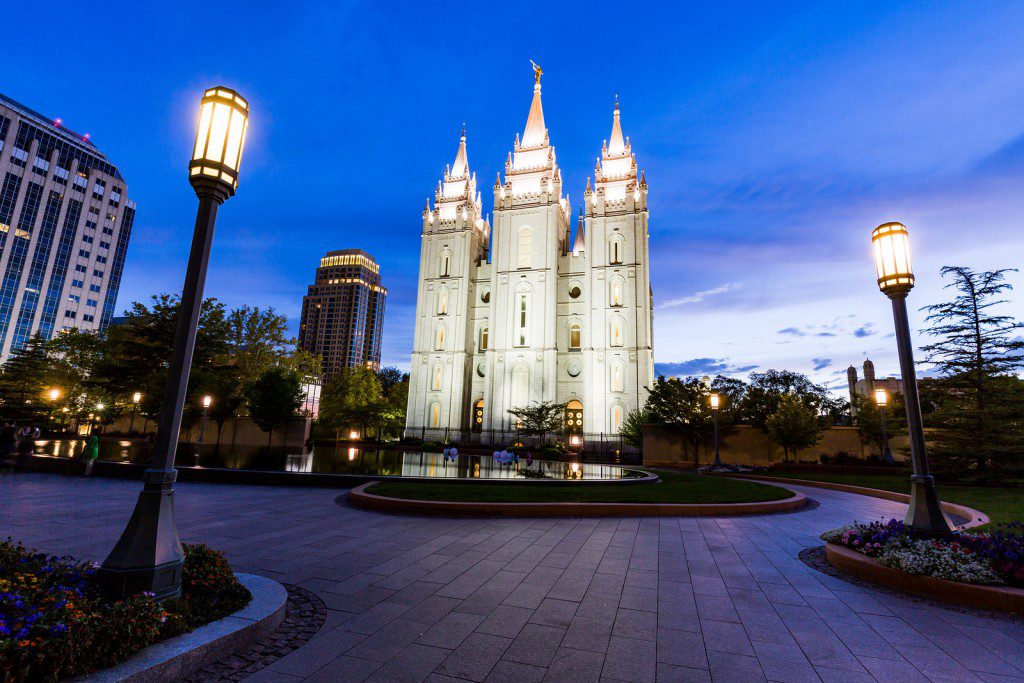 Balancing Freedom, Fairness and Love in the Public Square

Two articles in the September issue of the Ensign magazine together provide us the opportunity to reflect on the potentially confusing relationship between fairness, freedom and love. Elder Rasband of the Quorum of the Twelve Apostles provides a very timely examination of the problem of religious freedom in relation to the standard of “fairness.” President Uchtdorf reminds us of the true, gospel meaning of love.

Elder Rasband’s remark address a problem that would have been unthinkable not many years ago: “I suspect that for some of you the phrase ‘religious freedom’ feels more like ‘freedom to discriminate.’… Some of you may wonder why religious groups are involved in politics in the first place, and often you may be skeptical of the motives of religious people when they become involved. In recent years the collective voice of groups who feel that religion should not play a role in political deliberation has grown louder.”

For those of us who can remember a time not so long ago when respect for religion was a given in American society, it may be surprising and even disturbing to consider that the character of our society has so changed that religion is now on the defensive. But this is the reality that Elder Rasband is addressing: “In today’s society it is politically correct to empathize with Ethan’s [gay] situation but less so with Samantha’s [Mormon]. …   Our society has become so blinded by its quest to redress wrongful discrimination against one class of people that it is now in danger of creating another victimized class: people of faith, like you and me.”

Our society’s obsession with anti-discrimination where certain aggrieved groups are concerned has very far-reaching implications beyond those groups because, as Elder Rasband very significantly notes, “laws and legislation play an important teaching role in shaping social and moral culture.” It is especially because of the fundamental role of laws in shaping social and moral culture that “we need every individual in society to take an active role in engaging in civic dialogue that helps frame laws and legislation that are fair for everyone.” Our pursuit of fairness takes place within a “social and moral culture” that is always being re-shaped, and it is only fair that we participate in the legal and political process that ultimately defines “fairness.”

To be a part of this very important process of defining our common culture, we must be respectful of others’ ideas and sensitive to what seems fair to them.

Because new definitions of “fairness” have put religion on the defensive, Elder Rasband counsels us to be alert to how we are perceived by others. Part of fairness is being sensitive regarding fundamental differences in order not only to be fair but to appear fair to those with whom we disagree. Elder Rasband acknowledges our worry that, in defending religious principles and religious freedom, we “will appear intolerant or unsupportive,” and he counsels us to keep our cool in discussions, lest “we … appear unchristian to our family, friends, neighbors, and acquaintances.”

Though “fairness” seems plain and simple to those who are confident of their own idea of fairness, the “social issues” involved are in fact “complex” and require ongoing “dialogue” in order to “find solutions for how to best extend fairness to everyone, including people of faith.” Since we live in a society riven by fundamental disagreements about the meaning of fairness, that is, one in which “the rights of one group collide with the rights of another,” our fairness must take the complex form of a negotiation that seeks outcomes that are “as fair and sensitive to as many people as possible.” “Fairness,” at least under conditions of fundamental disagreement, is not the application of a clear shared standard, but an ongoing social and political process of realistic sensitivity to competing claims of rights. To participate productively in this process, we must “try to view others through a lens of fairness.”

Our “lens” of fairness is ultimately shaped, though, not by the complexities of our current cultural and political situation, but by our understanding of our relationship to Heavenly Father who “loves all of his children equally,” and who has commanded us to “love one another, as I have loved you.” It is this relationship that makes it possible, as Elder Rasband counsels us, to be “unyielding in right and truth yet still reach out in kindness.”

And here is the link with Pres. Uchtdorf’s message in the same September 2016 Ensign. Above and beyond the challenge of fairness in a complex and indeed threatening social, political and cultural environment, there is, President Uchtdorf reminds us, “the first and great commandment” to love God and our fellowman. And this love is inseparable from obedience to God’s commandments: “it is those who obey the commandments who truly love God.” It is not the word “love,” or a mere feeling called “love” that fulfills the great commandment. Rather, “true conversion to the gospel of Jesus Christ and its values and principles will be witnessed by our actions in our daily lives.”

Applying what Pres. Uchtdorf says about the greatest commandment to Elder Rasband’s counsel concerning fairness, we can see that sensitivity to the perceptions and rights-claims of our fellow citizens would be an important part of love towards our fellow human beings, but by no means its fulfillment. “If we truly love our fellowmen, we extend ourselves to help ‘the poor and the needy, the sick and the afflicted.’”

Love finally asks much more of us than justice or fairness; it asks us not only to respect and negotiate rights but to regard other human beings as our brothers and sisters with the potential to become like Heavenly Father and live with him eternally. Whereas fairness addresses the complexities of our mortal situation, love is the bond of a celestial eternity.

Clearly the needs and afflictions that love calls us to address include the spiritual as well as the temporal. However, as Elder Renlund pointed out in April 2016 General Conference, distance from our Heavenly Father’s love often results in a fixation on “fairness” that distorts our spiritual perceptions:

Our Heavenly Father and His Son, Jesus Christ, are the ultimate Givers. The more we distance ourselves from Them, the more entitled we feel. We begin to think that we deserve grace and are owed blessings. We are more prone to look around, identify inequities, and feel aggrieved—even offended—by the unfairness we perceive. While the unfairness can range from trivial to gut-wrenching, when we are distant from God, even small inequities loom large. We feel that God has an obligation to fix things—and fix them right now!

The complex challenge of “fairness” in our contemporary social and political world can help us to be mindful of the perspectives and sensitivities of others, but the greater commandment of love reminds us that all our duties to our fellow human beings must be anchored in God’s love.

“In one of the Savior’s final lessons to His disciples,” Pres. Uchtdorf teaches, “he spoke to them of the final Judgment. The wicked and the righteous would be separated. The good would inherit eternal life; the wicked would be delivered to eternal punishment.” In being “fair” to those who reject the very distinction between righteousness and wickedness, we must never forget the reality of eternal consequences. Love must not be defined by the political complexities of “fairness;” rather, true fairness must be understood in the light of the only true love.

"... We can see that sensitivity to the perceptions and rights-claims of our fellow citizens would be an important part of love towards our fellow human beings, but by no means its fulfillment." I have much regard for Ralph, but I often get lost in his wordplay. Frankly, it makes me feel like an idiot — especially when I read a cluster of words and can't extract any meaning from it. Maybe I should hire a tutor.

"In being “fair” to those who reject the very distinction between righteousness and wickedness, we must never forget the reality of eternal consequences." Very well said. Now, how does one articulate that in an internet discussion thread? Could you give an example of how you would express that in a way that the other person would not see as hateful?