Backstage Graffiti: “Hiatus” is not for Straw Hats | Meridian Magazine 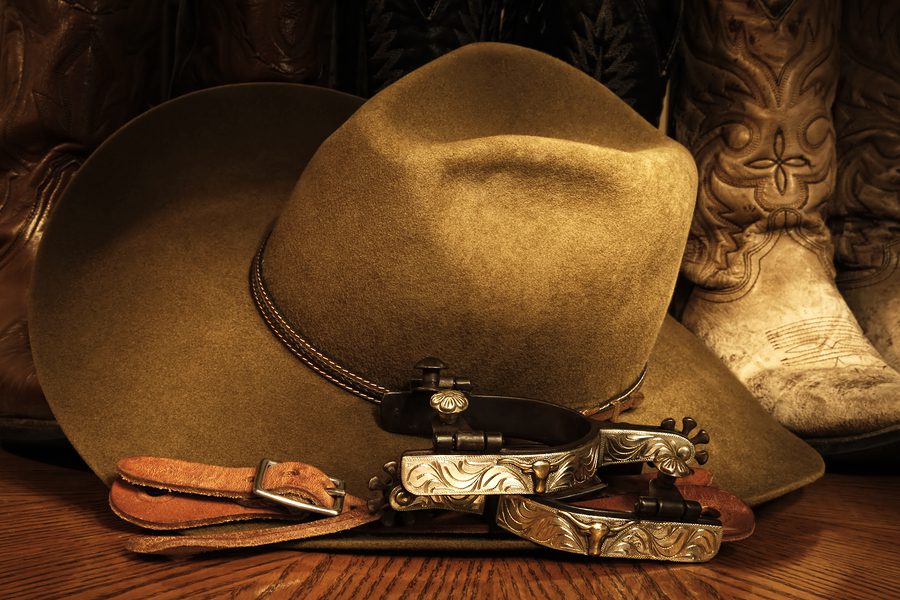 Backstage Graffiti: “Hiatus” is not for Straw Hats

I’ve been on a hiatus from Backstage Graffiti for several months. Whenever I hear the word “Hiatus” I think of somewhere in the Caribbean or someplace. Somewhere with straw hats. I wasn’t there. I was mostly in Utah County. Half of it was winter. I wore a straw hat anyway.

Mortality is a bit of a hiatus, whether you wear a straw hat or not. It’s a hiatus from a more spiritual reality. It isn’t a rest, as most hiatuses are, but a critical trial, mostly to allow us to discover whether or not we prefer the straw hat to the eternal crown of glory.

I’m pretty much a straw hat guy (cowboy hats, if you must know, currently sporting a jaunty model from the folks at Alamo Hats that my wife got me for my birthday six years ago to replace the one savaged by Audra Macdonald in a particularly violent scene we shared in “110 In the Shade.” Here’s a picture of it, taken to send to the Restored Church to see if they wanted me to wear it in a little film piece called “Wise Men Still Seek Him,” in which I Sought Him for a glorious day near Cannonville, Utah, on a very patient horse. And found him, incidentally. Jesus, not the horse.)

But a couple of days ago I began in my imagination to admire (all right, “covet”) a pair of rather stunning crowns of glory. These were clearly intended for a couple of fine people whose mortal hiatuses had come to an end, both suddenly and quite unexpectedly. One was a close friend of mine, the other the daughter of close friends. I knew neither of them as well as I’d have liked to, and one of them not at all. But I know a good deal about both, certainly sufficient to pay them the respect of a few words of tribute.

Both died, within days of each other, of “complications from a recent surgery.” Something that happened after they’d gone home from the hospital and expected to live happily ever after, with at least the degree of health that would have made either of them “the healthiest person ever to be elected President,” which I wish either of them, or both, would have stuck around to be. There may be a lesson, here, not political. Avoid surgery.

They were Larry Barkdull, whose wisdom would appear every second Wednesday of the month here in Meridian Magazine to balance the lunacy of yours truly, appearing in the same issue. The other was Melissa, eldest daughter of our publishers, editors, and friends Scot and Maurine Proctor. I saw Scot at Larry’s funeral, showering comfort. Within hours, he would come to need that quality of comforting.

Both were quite young. Melissa was 42.The older of the two, Larry, was 65. From my vantage point, this is quite young. From the vantage point of God, Who, according to doctrines I don’t exactly understand, may not be any older than I am, but Whom I have always considered infinitely Senior, both these souls are little children.

(When my wife’s family gathered around her mother who was about to die at age 62, everyone was invited to share their feelings about one dying so young. At that time, our daughter, now 19, was not yet four years old, and was the delight of her fading Grandma’s heart. ((Grandma Joan would set Caitlin down in a half-full bin of flour just to see what would happen.)) I remember saying that however tragic it might be to lose Caitlin at age three, she would probably look back on her earthly hiatus from Eternity as being jam packed with discovery, free expression, passion, and joy. And flour. I wish that in my life of 68 years I had felt as much as she had by the time she was four. Still, I’m a child. I have time.)

On to the Informed Tribute.

These two souls, Larry and Melissa, brother and sister, were, despite rather modest homes and lifestyles, royally born, a little like Jesus who was, by right of lineage, all lined up to step right into the Kingship of his nation. But because of political confusion arguably more ridiculous even than what we are witnessing around us (in the Disunited States of America, the world’s circus tent), the little prince was born in a stable and chased into the desert. Larry and Melissa, although each having spent many years in the desert, were not chased there at swordpoint (that was the pioneers). And by then it had pretty much blossomed as a rose. One big difference between these two and Jesus is that nobody (except maybe that cruel joker, Pontius Pilate) suspected at the time that Jesus might really be royal. Pretty nearly everybody within Larry’s and Melissa’s circle knew from the get-go that they were destined to rule in power and light.

They were both War Heroes, which may come as a surprise to the many who saw them as quintessentially peaceful. They fought side-by-side in a conflict that resulted in the banishment of a third of their world’s population.

Both were incurable dreamers. But the primary driving dream in both their lives was actually Somebody Else’s dream. Left to their own awesome powers, they might have dreamt of leading families of children to havens of love and escape and playing sweet songs on the guitar. But the dream they tumbled to was to lead countless nations of children to heavens of passion and exaltation and playing heart-melting symphonies with the composition of galaxies.

The lives both of them lived attracted the love of anyone wise enough to take notice. But I think they will be remembered always for the effect they had upon one friend who was common to them both. He felt that their potential for good was so massive that this particular friend let them in on secrets that would skyrocket them to acclaim among all who might know them, or even know of them. Ever. He made them promises that they never understood while they lived. But they trusted him, so they went for it. Larry and Melissa inspired such devotion in the heart of this friend that he left the unimaginable comforts of his home to visit them in the dustiest, rainiest, grittiest, coldest, and darkest places they were in. He told them that if they could bury themselves under the waters of the ocean he’d come there, that if they made their beds in Hell he’d come there. They had the ability to stir in his heart such compassion that when he saw them in danger, he sacrificed his own life for theirs, in the most painful way possible, guaranteeing them not perfect deliverance and safety, but merely the chance to choose right and have it count.

It says worlds about somebody to have a friend like that.

He considered them to be of such immense value, and their feelings of such importance, that he consecrated generals and organized armies of gentle children and even angels to travel the earth and let every person who would listen know that the highest good they might achieve would be to love Larry and Melissa.

They may not have known each other here on earth—I don’t know. They may never even have seen each other here. If they had, they might have been dazzled by one another’s light. Now they’ve met.

Scot and Maurine, we are so sad to hear of Melissa's passing. We pray for you to have peace in the knowledge of His eternal plan.

Bother Payne, you look great in that good looking hat! What a way to pay tribute to these two great persons who knew it was worth it to live as they did because of the promise of that Friend. I also live that way, however imperfectly, because of the promise of that Friend. I don't know if I'll get a straw hat or a crown of glory, but when the time comes, if that Friend, our Savior, gives me a hug and says, "Welcome home," this life I have led, will have been worth everything. I've missed your articles greatly. Thanks for this one.