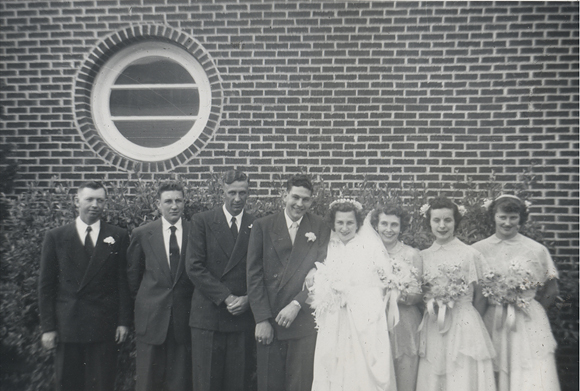 A great movement in is underway in genealogy – turning the hearts of 100,000 volunteers and more,through the 2012 Indexing Project of the 1940 United States Census. Unprecedented, the successful completion of this historic effort will the first free digitized release and availability for perpetuity of a major governmental record for family history work, complete with a searchable online index of the over 132 million individuals enumerated for the US Census during April of 1940. This boon to genealogical and historical research is expected to be completed by year’s end, if not sooner, because of the willing service of volunteers from all walks and phases of life. May 2nd, 2012 marks the end of the first month of the project, and we have been actively participating. It has been fun, easy, and rewarding as we have served in this worldwide network of volunteers.

Are you a part of this momentous event? Have you volunteered? Here is how we have done it in the PettyPride.

Working Together for Quality Indexing

This morning, my wife Mary and I sat down before the computer, as we have done each day for the past month since downloading the Family Search Indexing Program for the 1940 US Census Project on April 2, 2012. After a brief prayer together, asking Heavenly Father for the strength and inspiration in this service, weclicked on the Family Search icon and logged into our family account. This opened up on the page and name where we left off the day before in our current indexing batch of census records for Kern County, California.Working in tandem, we are able to provide quality review as we daily serve side by side as volunteer indexers.

The names we examinedhad origins throughout the United States, and countries from around the world, including Germany, China, France, and England to name a few. We transcribedfor each person listed, the individual line number, the visitation or number of household, theirfamily and given names, relationship to the head of the household, sex, color/race, age, and marital status, and the state or country where they were born.

Also, new to the 1940 census, we listeddata identifying where each person was in 1935, midway between the last census of 1930 and the current census of 1940. For genealogists this location in time is a very important item to know. In 1930, when the previous census was conducted, America had just entered the Great Depression, an international event and time of economic and population upheaval. Many left their traditional homes where their families had lived, often for generations, and scattered across America looking for work and new opportunities. Knowing where families were located during this chaotic period in American history is important as it allows researchers to better follow their ancestors as they moved from place to place across the country, and to make those vital connections to generations past.

As Mary and I carefully studied the handwritten names on our batch page, seeking to correctly interpret the writing and spelling of the census taker who recorded this information, we know first-hand the challenge of deciphering unfamiliar handwriting. As professional genealogists my wife and I understand that theenumerator wrote as they knew how, and each recorder had their own unique script and often had different and sometimes strange handwriting styles. This required us to become familiar with the handwriting nuances of each recorder.

We found an occasional “essett” which is a double “s”, that looks like a “p” in cursive handwriting. This letter used to be common in American and English handwriting but fell out of style during the early twentieth century. We also found the use of a small backwards “3” which some enumerators wrote as the common diminutive loop of the small “e”. Despite our professional experience there were names we didn’t recognize because of spelling mistakes, or simply because names may be unusual. To resolve the confusion, we compared the census taker’s letter styles with other names on the page to determine the difference between an “H” or a “K” in that particular recorder’s handwriting. Or if need be, we searched the 1930 Census, found on any of several free sites on the Internet (i.e.: FamilySearch), to identify that same family as they appeared ten years earlier to determine if a name was “Molly” or if it was indeed “Malla”.

When we completed the batch page of forty names, we submitted our abstract, at which time we were asked to confirm unusual spellings or other uncertainties in a quality check; and we then moved on to the next batch page given to us. Mistakes inevitably occur with so many unknowns and variables, but processes have been developed to make the 1940 Census Online Index as error- free as possible. We knew our work would therefore be duplicated in a double- blind abstract-indexing process as well as the differences would go through arbitration.

It is important to realize what is meant by this double-blind indexing/arbitration process, especially since mistakes will continue to be discovered as people use and research in the 1940 Census. Each page indexed is to be transcribed by more than one volunteer. Any discrepancies occurring between the two submissions will be reviewed and arbitrated by a third person or more. This arbitrator will study the noted differences to determine the correct spelling/data. Inevitably, some mistakes will creep into the final edition of the census index when it goes on-line. In such cases, when users find errors they will be able to report this information to the administrators of the 1940 Census, who will then be able to see that the necessary corrections are made.

The 1940 U.S. Census Indexing Project is moving ahead in leaps and bounds. At the beginning of the project it was estimated that indexing could be completed by the end of 2012, at which time technicians would be able to synchronize the indexed information, to make it usable on-line. With such an outpouring of volunteers, after one month,remarkably, approximately 20% of the entire project is completed. Six states are 100% indexed/arbitrated (Colorado, Delaware, Kansas, New Hampshire, Oregon, and Utah). An additional eight states are 90% or more indexed. They include: Alaska (98%), Arizona (95%), Florida (93%), Idaho (99%), Nevada (99%), Vermont (92%), Virginia (99%), and Wyoming (98%). To see the current status of each state, visit the FamilySearch.org/1940census page.

The goal is to have 100,000 volunteers work on the 1940 U.S. Census Indexing Project. Almost 90,000 people have officially joined, some working solo and others like Mary and me, working in tandem through one indexing account, all sharing our excitement about this great genealogical event with family and friendsas thousands more jointhe effort each week. It has become an activity characterized in terms of service, devotion, and love that we predict will eventually include more than 100,000 people around the world, whose hearts are turning to their fathers through this service.

Come Serve and Feel the Turning of the Hearts

It is amazing to us how simple this 1940 US Census Indexing Programis and how easy it is to participate. We encourage everyone to join and experience the turning of the hearts.Volunteer and serve. We encourageyou to share this with your families. Sit down with your children and grandchildren and show them how easy it is to serve throughthis special indexing project. We’ve sat down with our children and their children, in their homes, and on their own computers, and demonstrated how easy it is to help index the 1940 Census. We have found that in doing this we are able to encourage a new generation of our family to “turn their hearts” in genealogy service.

While the names we are indexing from 1940have not been our own ancestors, another indexer somewhere is indexing our family names. Together, through this great volunteer effort, we are making information about more than 132 million people available to genealogy researchers for generations to come, your ancestors, my ancestors and their ancestors. We invite you to join us and participate in the Family Search Indexing Program for the 1940 US Census Project. Through our mutual efforts, sooner rather than later, we all will be able to access information about our own family from this great genealogical resource.

Come serve and feel the turning of the hearts as you serve past, living and future generations. Whether you index your ancestors or fellow brothers and sisters on the family tree of man, millions of people are named in these important 1940 US Census records; and when indexed and available for free online,100,000 volunteers will have turned their hearts to their families and forever benefited global family history research. Come join us in this wonderful genealogy service.