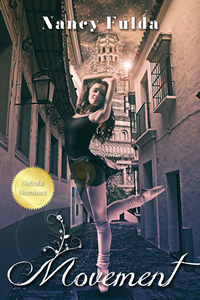 BYU alumna Nancy Fulda has been nominated for her second major award in as many months. The long-standing LDS Church member, who just last month received a Nebula Nomination, has now been nominated for the World Science Fiction Society’s Hugo Award.  If she wins, she will become the first author ever to win both the Hugo and Jim Baen Memorial Awards.

“Movement: A Short Story about Autism in the Future” was originally published in Asimov’s Science Fiction Magazine and is also nominated for a Nebula Award. It received exceptionally positive reviews, including an almost-impossible-to-obtain “Highly Recommended” from Lois Tilton of Locus Online. “Movement” tells the tale of Hannah, an incredibly gifted teenager who is almost completely nonverbal. When her concerned parents investigate a treatment that could change her life forever, Hannah’s world is thrown into turmoil. Unable to speak — at least not in ways most people can understand — Hannah struggles to face the question of who she really is, and who she wishes to become.

Nancy Fulda earned a Masters’ Degree in Computer Science from BYU in 2004.  She was a BYU Honors Student, a member of the BYU Ballroom Dance Company, and a Howard W. Hunter Presidential Scholarship recipient.  She serves in the primary presidency of the LDS branch in Rendsburg , Germany .

Previous works by Fulda have won the Phobos Award, the Vera Hinckley Mayhew Award, and the Jim Baen Memorial Award.  Find more information on her at her website

The Hugo Awards winners will be announced at the World Science Fiction Convention, taking place in Chicago between August 30th and September 3rd, 2012.  Guests of Honor include award winning author Mike Resnik and astronaut Story Musgrave.  The official announcement and final list is here.