The previous three weeks I have concentrated on reviewing great books for new readers. Now it’s time for outstanding books for kids that can read just about anything. And I have found some terrific reads that kids, families and probably even parents will not want to stop reading! The great thing about this level of reading ability books is that kids can choose easier, shorter books for quick reads, or longer and more complex books that they can enjoy. That’s the beauty of reaching this level of reading skill: you have the ability so you have the power of choice. I’ll be reviewing more of these types of books next week as well. 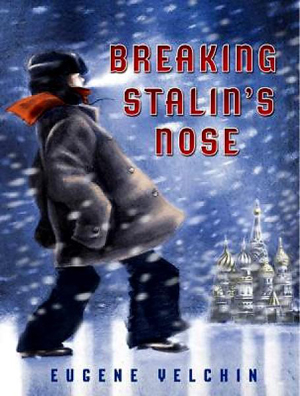 Breaking Stalin’s Nose, by Eugene Velchin, is this year’s Newbery Honor book and after finishing this historical fiction quick read, it was obvious why it won the most coveted award in children’s books! The author, who was born in Russia, and lived under the influence of Stalin’s rule, even though the cruel ruler had long been dead, invokes emotions full of ironies. The story is told through the eyes of ten-year-old Sasha as he prepares to become the coveted “Young Pioneer” after reaching age 10. But the night before this event is to take place at his school, his Secret Police father is suddenly arrested, leaving him alone and in the care of no one. His view of the political system and the revered leader, Stalin, is about to reverse itself when he accidentally breaks off the plaster nose on Stalin’s bust that stands in the center of the school. The trepidation and fear that students and adults felt surrounds the story and the graphite drawn pictures sprinkled throughout evoke the darkened era experienced by all in the story. The most amazing thing about this richly told story is that it all takes place in just two days! 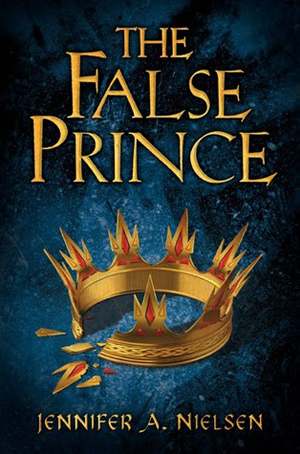 The False Prince, by Jennifer A. Nielsen, is a story filled with magical complexities that invite the reader on a thrilling adventure that doesn’t seem to stop! Fifteen-year-old Sage has left the orphanage in the kingdom of Carthya and is to now serve Connor. But Sage soon discovers that Connor is much more than he seems. He is attempting to find the best orphan to imitate and act like the missing Prince Jaron. Connor has rescued four orphans as he puts them to test to discover which one he’ll utilize. The story is clever and is filled with adventures that will make the pages fly. There’s even a detailed map in the front of the book showing locations and destinations that Sage and his fellow orphans take in this imaginary land. Luckily, there are more books planned in this series.

The Son of Neptune, (The Heroes of Olympus Series Book 2), by Rick Riordan, continues the adventures of Percy Jackson in this Roman demigod camp. (The previous series, “Percy Jackson and the Olympians”, was about the Greek gods.). Percy has two horrific gorgons hunting him down as he arrives at Camp Jupiter. That’s when he learns about the huge dilemma that faces mankind. Death is encased in prison and the titan Gaea is about to release escaped souls and monsters upon the earth. Percy is on a race with time to release Death before this horrible event can take place. His two friends, Hazel and Frank, are complex and have secrets they are attempting to hide making the entire story exciting, well written and inviting even for the most reluctant reader. 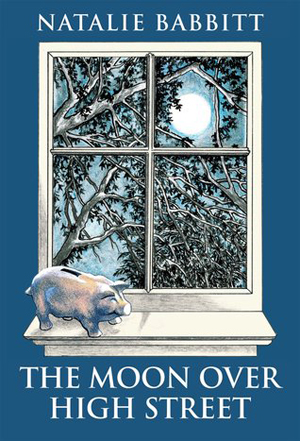 The Moon Over High Street, by Natalie Babbit, is a sweet story that soon becomes much more than a twelve-year-old boy who has gone to spend the summer at his aunt’s house. It soon becomes a moral tale of making the right choices when faced with a chance to inherit power and money. The book is a fast read with only 148 pages.

Chronicles of the Red King: The Secret Kingdom, by Jenny Nimmo, is a new series following the popular “Charlie Bone” series. Timoken is a prince who has been given magical gifts that enable him to fly, stay the same age forever and with a magical cloak. His mother sends both he and his sister off to live far away from their land that’s now under attack. Their adventures and the problems that follow them make this a riveting tale from beginning to end. 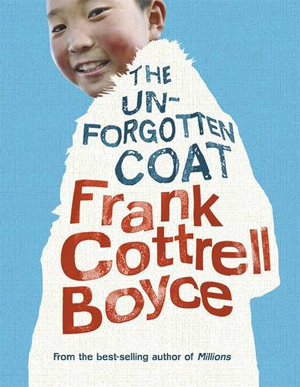 The Unforgotten Coat, by Frank Cottrell Boyce, is my favorite book of this year – so far! If the author lived in America, he would have surely won the Newbery Award! The clever format is written in first-person by Julie, who is reflecting on her experiences back in sixth grade during the time two Mongolian brothers came to be in her class. She has been chosen by the older brother, Chingis, to be their “Good Guide” and help them navigate through British school life. What she learns and begins to appreciate about them and their culture will surely bring about an appreciation for all who bring ethnicities and unique differences to our personal awareness and appreciation. The few photos found throughout fit into the story with perfection. There is one mild swear word found in the book.

Storm Runners #2 The Surge and #3 Eruption, both by Roland Smith, continue the adventure and page turner of Book One with Book Two having the two stranded teens leaving the safety of the circus barn to fix their generator from the water left by the hurricane. They come into contact with a lion and a leopard which seem very anxious. Now they face not just weather challenges, but dangers unlike they’ve ever experienced before. The third and last book in this series deals with their challenges with another natural disaster: an erupting volcano in Mexico. All three books are page-turners and are great for reluctant readers.