Some of the hidden jewels within the Book of Mormon emerge only after placing ourselves in the author‘s sandals. This can reveal things we had read many times but failed to notice, pointers not only to multiple authors for the Book of Mormon, but further indicators that it really is an authentic ancient record.

Just a few months ago, in November 2011, I traveled across much of the Middle East with 5 of my 6 children. Each of them brought their spouse along for the adventure; one brought their two small sons. It was a memorable, fulfilling family trip. Near its end we crossed from Jordan into Israel and began the journey to Jerusalem. Many readers will know that whether one goes there from Tel Aviv to its west, from Galilee in the north, from the east across the Jordan River or from the south, you have to ascend into the mountains that cradle the ancient city.

As our rental cars climbed the modern highway from the Dead Sea toward Jerusalem I thought about Nephi and his brothers. From their base camp in the Valley of Lemuel they had made two arduous trips back to Jerusalem; firstly to obtain the brass plates and then to bring Ishmael and his family to join them. Imagining doing this on foot, or even riding an animal, I began wondering: did that long climb up to their home contribute to Laman and Lemuel‘s complaints? As we sped higher in air-conditioned comfort I wondered aloud to family members whether Nephi would have noted that they had to go “up“ to Jerusalem and “down“ from it. Would his record, often so full of vivid detail, note anything about this?

Of course, Jerusalem is a pivotal, not incidental, location in Nephi‘s record; it was his home and he was surely familiar with its geography. Lehi and Sariah‘s odyssey across two-thirds of the globe began here. Furthermore, Jerusalem is distinguished by its elevated geography, something uniquely accentuated by the huge Wadi Arabah to the east, containing the Dead Sea, some 1300 feet below sea-level. The more I thought about it, I thought it would be strange if a travel account describing multiple journeys to and from Jerusalem did not contain some reference to that fact. 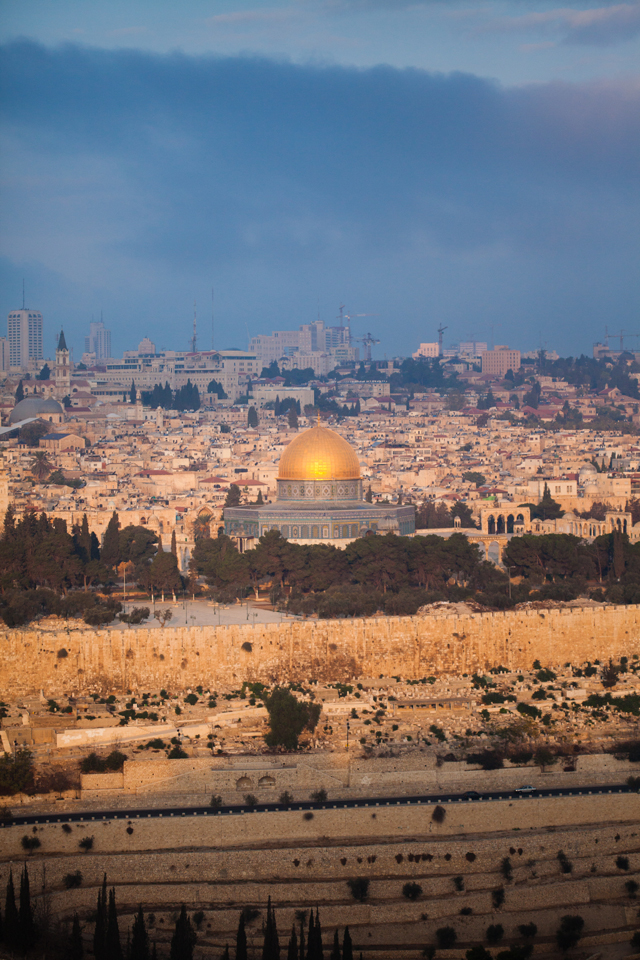 Later I looked again at Nephi‘s familiar writings. There are a handful of times when going to or returning from Jerusalem is mentioned by Nephi in a generic sense, as in

1 Nephi 3:2 when Lehi relates to him the dream requiring him to return to Jerusalem with his brothers for the records. Obviously, here topography is an unimportant element. But when he then describes the actual journeys of his family Nephi’s language changes. Spread over several chapters and interspersed with long accounts of visions and dreams, the elevated topography of Jerusalem is alluded to often by Nephi:

This total consistency in the travel account of a young Nephi is impressive enough, but becomes more so when we read the many later references in the Book of Mormon that hearken back to Jerusalem and to the Lehite journey. Their wording stands in vivid contrast; whether authored by Nephi or his successors, no mention of Jerusalem uses terminology as found in the verses above. With a single exception, there are simply no indications of going down from, or up to, Jerusalem. 1

Two examples of these later references to Jerusalem will suffice:

Most references are similar to 2 Nephi 30:4, written years later in the New World. Nearing the end of his life, Nephi prophesies that in a distant day his descendants would be taught “that we came out from Jerusalem.“ Of course, in this context, to speak of the gradient leading down from Jerusalem or the directions traveled – another point of consistency – is simply superfluous. It would have been unnecessary detail in speaking to people who never knew, or would know, Jerusalem first-hand.

Nephi‘s introduction to the First Book of Nephi handles geography similarly. As a general overview it twice mentions Lehi‘s initial exodus from Jerusalem and also the return by the sons to obtain the records from Laban. There are no geographical indicators when Jerusalem is mentioned. 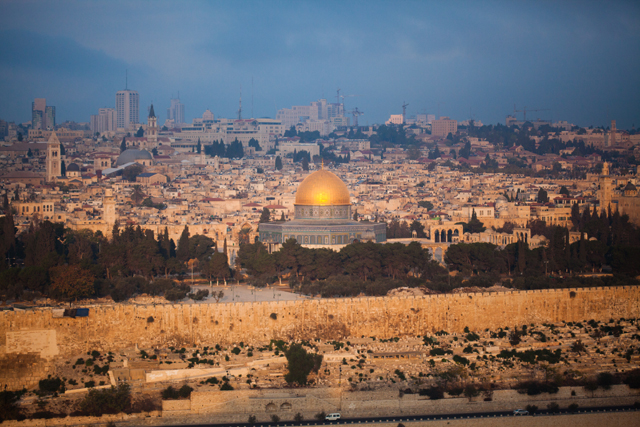 The second example comes hundreds of years later and gives an insight into the Nephite perception of their founding story. In Mosiah 10:10 Zeniff uses the term that we did “go up“ in battle against the Lamanites no less than three times, thus assuring us that such language was not unfamiliar to him.

Yet, just two verses later (vs. 12) when he refers back to the departure from Jerusalem, there is no “up“ or “down“ attached to it.

To say the least, it seems most unlikely that a young farm laborer in 1830 would be sufficiently aware of the topography of Jerusalem, much less be able to incorporate it (and dispense with it) so flawlessly into a fictional account.

Some could argue that these texts merely reflect the fact that Joseph Smith knew his Bible well and, consciously or otherwise, imitated its language when it talks about Jerusalem, such as in the well-known parable of the Good Samaritan. While it is true that the Bible was the basis of education in most 19th century households, this would not explain the perfect consistency of the usage of the terms referring to travel to and from Jerusalem in Nephi‘s writings and throughout the entire Book of Mormon.

Further mitigating against this idea is an observation by Joseph Smith‘s mother. In her history she notes that the young Joseph was actually inclined to read less than his siblings, being more given to “meditation.“2  And there is also the well-known account of how in translating the golden plates, Joseph knew so little about old Jerusalem he was unaware that it had a wall around it. 3

Jerusalem is treated differently in Nephi’s “travel account” from every other mention of it in the Book of Mormon, whether made by him or by later authors.By any measure, these subtle but consistent patterns throughout the entire Book of Mormon signal that The First Book of Nephi was written by someone with first-hand experience with the topography of old Jerusalem.

The most economical explanation thus remains that the author was indeed Nephi, younger son of Lehi and Sariah of Jerusalem.

1. That exception is 2 Nephi 17:1 where Nephi quotes from Isaiah’s text (found in our Isaiah 7:1), that Israel and the king of Syria “went up towards Jerusalem to war against it.“