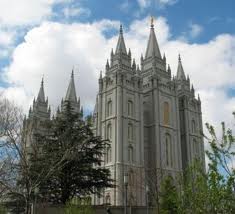 Washington, D.C. – With Mitt Romney and Jon Huntsman, Jr. vying for the GOP presidential nomination, a popular Broadway musical about Mormons, and The Church of Jesus Christ of Latter-day Saints (LDS) running an extensive television campaign featuring ordinary Mormons, many say that America is in the midst of a “Mormon moment.” But how do Mormons themselves, who make up nearly 2% of the U.S. public, feel about the media spotlight, the election campaign and their place in America? In the first nationally representative survey focused exclusively on Mormons ever published by a non-LDS research organization, the Pew Research Center’s Forum on Religion & Public Life finds a mixed picture. Many Mormons feel they are misunderstood, discriminated against and not accepted by other Americans as part of mainstream society. Yet, at the same time, a majority of Mormons think that acceptance of Mormonism is rising. Overwhelmingly, they are satisfied with their lives and content with their communities. And most say they think the country is ready to elect a Mormon president.

Conducted between Oct. 25 and Nov. 16, 2011, among a national sample of 1,019 respondents who currently describe their religion as Mormon, the comprehensive survey, Mormons in America: Certain in Their Beliefs, Uncertain of Their Place in Society, explores Mormons’ religious beliefs and practices, political ideology, views on moral and social issues, and attitudes toward faith, family life, the media and society.

Six-in-ten Mormons (62%) say the American people as a whole are uninformed about Mormonism. Nearly half (46%) say that Mormons face a lot of discrimination in the U.S. today – which is higher than the percentage who say the same about blacks (31%) and atheists (13%). Two-thirds (68%) say the American people as a whole do not see Mormonism as part of mainstream American society. And when asked to describe in their own words the most important problems facing Mormons living in the United States today, 56% cite misperceptions about Mormonism, discrimination, lack of acceptance in American society and the like.

The survey, including an infographic highlighting key findings, and additional resources on Mormonism and the LDS Church in America is available on the Pew Forum’s website.