Global Warming and Those Who Love and Make a Lie

I am too accustomed to the blessings of technology in our society to envy the living conditions of the Nephites and Lamanites, but they had one big advantage over us: honor.

Consider the story of Captain Moroni in Alma 43 & 44 in which he has trapped the army of Zerahemnah by the river Sidon.  Would anyone today say to his enemy on the battlefield, “…we will spare your lives, if ye will go your way and come not again to war against us.”  Accept the enemy’s word on the matter?  Unheard of in today’s world.  But that is precisely what Moroni offered.

As we know, Zerahemnah rejected the bargain saying, “…we will not suffer ourselves to take an oath unto you, which we know that we shall break…”

One’s word meant something to them, even to bloodthirsty Lamanites, many of whom then fought to the death rather than make a false statement to the very enemy they were trying to kill.

Compare that to the attitude among certain global warming scientists in a recently released trove of email messages.  To protect their funding for research into a theory supported only by weak and selectively emphasized data, key players chose dishonor, as seen in these emails cited in a recent Forbes column:

Phil Jones, a scientist from the University of East Anglia working with the United Nations Intergovernmental Panel on Climate Change (IPCC):  “I’ve been told that IPCC is above national FOI [Freedom of Information] Acts.  One way to cover yourself and all those working in AR5 [Assessment Report 5] would be to delete all emails at the end of the process.”

Jones again:  “Any work we have done in the past is done on the back of the research grants we get – and has to be well hidden. … I’ve discussed this with the main funder (U.S. Dept of Energy) in the past and they are happy about not releasing the original station data.”  [Emphasis added]

Peter Thorne of the UK Met Office:  “’Observations do not show rising temperatures throughout the tropical troposphere unless you accept one single study and approach and discount a wealth of others.  This is just downright dangerous.  We need to communicate the uncertainty and be honest. …  I also think the science is being manipulated to put a political spin on it which for all our sakes might not be too clever in the long run.’

Tom Wigley, scientist at the University Corporation for Atmospheric Research:  “Mike, the figure you sent is very deceptive … there have been a number of dishonest presentations of model results by individual authors and by IPCC.”

Jonatha Overpeck, coordinating lead author for the IPCC’s most recent climate assessment:  ”The trick may be to decide on the main message and use that to guide what’s included and what is left out of IPCC reports.”

How sad.  Brings to mind a scripture in D&C 76 about those who love and make a lie, doesn’t it?  Yes, those liars who are grouped together with “sorcerers, and adulterers, and whoremongers….”

(Now there’s a plaque to hang on the wall.)

Formula for Power, Fame, and Money

So here’s the formula:  Conjure up a scary scenario (oh, being broiled alive will do), cherry pick supportive data while suppressing much greater counter-evidence, set up elaborate computer models that nonetheless ignore the influence of clouds and that can’t even reverse-predict today’s climate, and then seek taxpayer money to study the situation and suggest policies.  Music to the ears of the Department of Energy (which, by the way, has been a positive factor in only a miniscule fraction of a percent of energy production in its years of existence), and to the ears of unelected, power-seeking bureaucrats who use man-caused global warming as a boogeyman to saddle America with increasingly onerous regulations of how we average citizens must live our lives.

Honor?  Truth?  Transparency?  What’s that got to do with it when money, power, fame, and everlasting praise from those otherwise destined to be crispy critters are at stake?

Pity the society that cheapens the value of truth.

Gary Lawrence’s book “Mormons Believe … What?!  Fact and Fiction About a Rising Religion” answers 24 misconceptions and rumors about the Church.  Visit MormonsBelieveWhat.com 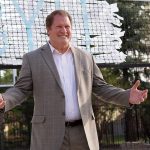 Ten Principles Every Graduating Senior Should Know: A Commencement Address to One 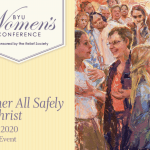 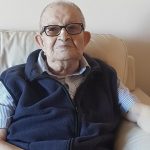 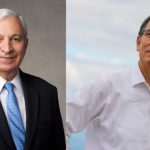 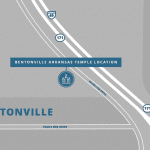 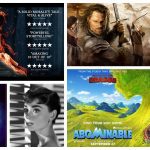 Streaming Saint: “Return of the King”, “Abominable”, “Sabrina”, and More to Watch this Week