Check out some great new books, perfect for general conference time, and geared for an assortment of ages.

Janitors, by Tyler Whitesides, is a magical book about sixth-grader Spencer and his side-kick, Daisy, who have just discovered a secret underworld society of janitors.  These custodians of cleaning are trying desperately to get rid of small creatures who seem to be draining the smart-ness out of kids. Spencer and Daisy are trying to alert the school about the huge dilemma that faces them but no one believes them. This book will have you looking at vacuums completely differently. This is the first book in an exciting new series geared for ages nine and up. 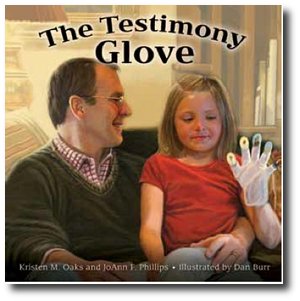 The Testimony Glove, by Kristen M. Oaks and JoAnne F. Phillips, and illustrated by Dan Burr, is a picture book containing a white glove that is geared for ages four through eight. This glove represents the Holy Ghost.

Each fingertip has a small colorful picture that can be reapplied with Velcro. These pictures display the basis and definition of a testimony.  They are: God the Father, Jesus Christ, Joseph Smith, a temple and President Monson.

The story that goes along with the glove is about a little girl and her family during family home evening. There is a nice summary of testimonies as well as a song, “My Testimony”, and more resources found at the back of the book. The illustrations are beautifully painted and add to the spirit of the book. This is a perfect book for children preparing for baptism and for families. 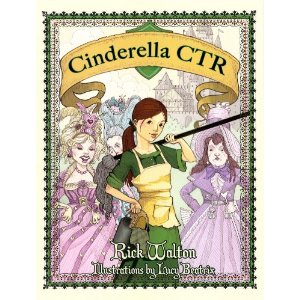 Cinderella CTR, by Rick Walton, and painted by Lucy Beatrix, is a clever, fun and humorous take off picture book that is actually perfect for all ages, especially teens.  Cinderella has been taught well by her parents and when they die suddenly (on a merry-go-round, no less) she is sent to live with her mean, awful relatives.  She can’t take anything with her, but sneaks her CTR ring her parents gave her as she leaves.

There are many allegories and symbolisms that readers will learn from in the book. For example, when the prince is looking for Cinderella after the ball, he’s not looking for her matching shoe; he’s asking the young women in the town what the letters “CTR” stand for. The pictures are wonderfully painted and the story is well developed and great fun to read. But even better, Cinderella stands up for her beliefs and morals!

Monday I was a Monkey:  A “Tail” of Reverence, by Jennie McClain, and illustrated with digital enhancement by Jennifer Eichelberger, is a witty picture book showcasing a young boy who pre-tends to be an aggressive wild animal each day of the week. But when Sunday comes, he tempers his lively spirit and allows reverence to rule the day.  Each day portrays his exuberance as he magnifies his six different animals throughout the week. But the calming effect of the sacred Sabbath is gloriously exemplified. 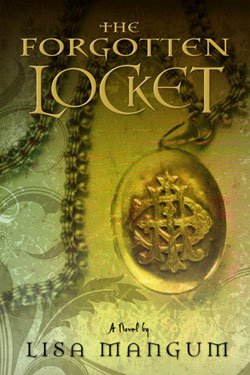 The Forgotten Locket, by Lisa Mangum, is the final book in the “Hourglass Door” series and it won’t disappoint you. All of the buildup and tension that builds up to this conclusion ties the loose ends yet keeps the tension going clear to the end. The book is well written with descriptions, which are at times, unparalleled. I just hope the author is already engaged in another exciting series! This book is good for ages eleven and up.

What Girls Need to Know About Guys and What Guys Need to Know About Girls, by John and Lani O. Hilton, is a book that you turn over to read about the other title.  This guide book is a must for teens in order to get a better understanding of the opposite sex as well as have better restraints while dating. The chapters line up almost identically, but are written for the viewpoint of the girls or boys. A few include: “What about Kissing?”, What Girls Wish Guys Knew,” and “Discover Who You Really Are.”

Pumpkin Roll, a Culinary Mystery by Josi S. Kilpack, is another great culinary mystery from a favorite author who uses the same protagonist to solve the mysterious goings on nearby. In this case, Sadie Hoffmiller has some questions about her neighbor across the street. Her three grandsons believe that Mrs. Wapple is a witch and the grandmother begins to believe something isn’t quite right when Mrs. Wapple gets attacked in her own home.  You’ll not only become embroiled in the story, but the recipes found sprinkled throughout will whet your appetite! This book is good for teens through adults. 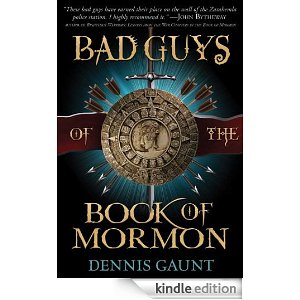 Bad Guys of the Book of Mormon, by Dennis Gaunt, is a great read that is actually written with many asides, humorous anecdotes and parallels to today’s lingo. In the foreword, the author states how he came upon the idea of writing about the bad influences within The Book of Mormon, and it really makes sense.

By learning from the tricks and tumultuous attacks of character from Satan’s helpers in The Book of Mormon, we can more easily identify current day tactics as well and be prepared for prevention. You get an idea of how clever and entertaining the book is by just reading the contents. Here’s a few of them: “Whiners in the Wilderness: Laman and Lemuel” and “Kings for a Day, Losers for Life: King Noah, Amulon and the Wicked Priests.” This book is good for teens through adult.

The Wedding Letters, by Jason F. Wright, is a continuation from the successful “The Wednes-day Letters” by the same author. The tradition of Jack writing letters to his wife every Wednesday continues with Jack’s grandson, Noah.  But when he’s about to marry the love of his life, he finds out something dark from his fiancée’s past. How he and his family overcome the dilemma makes for a riveting and humorous read. The book is also good for teens and adults.

Family Ties:  A Message for Fathers, by Elder L. Tom Perry, is a must for every father, father to be and family. It incorporates the importance of the Priesthood inside the home, the blessings that come from that as well as the rock of foundation being built by both the father and mother. This is a powerful message of anchoring the Priesthood in every family, making it a must-read for younger and older men.