A Mixture of Genre | Meridian Magazine

A Mixture of Genre

Listed below is a wide variety of books that start out for early readers, then going to early chapter books and ending with books for all ages. 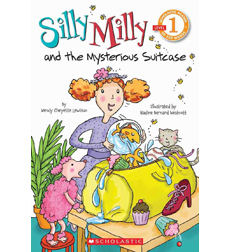 Silly Milly and the Mysterious Suitcase, by Wendy Cheyette Lewison, and illustrated by Nadine Bernard Westcott, is a beginning reader series that cleverly includes wordplay. In this case, Silly Milly has baseballs but no bats and hotdogs and not buns because she’s only packing compound words. 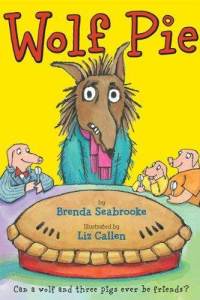 Wolf Pie, by Brenda Seabrooke, and illustrated by Liz Callen, has the wolf frustrated that the pigs won’t let him in. So as he waits by the door, he hears much fun and gaiety going on inside. This book’s a riot!

Flying Feet, by Patricia Reilly Giff, and illustrated by Alasdair Bright, is a new series of early chapter books geared for ages six to nine. Charlie is the inventor in the ZigZag group of kids and he just invented shoes with suction cups. But will they work?

Clubhouse Mysteries: The Buried Bones Mystery, by Sharon M. Draper, and illustrated by Jesse Joshua Johnson, is another new series of early chapter books.  When the kids in the Black Dinosaur club begin digging to prepare their new clubhouse, they discover bones. But whose bones are these?

Kickers:  Benched, by Rich Wallace, and illustrated by Jimmy Holder, makes an illegal play in this soccer series and gets benched. But he ends up learning some valuable life lessons that winning isn’t everything.  This book is a bit longer making it better for ages seven to ten.

The Golden Ghost, by Marion Dane Bauer, and illustrated by Peter Ferguson, is also a bit longer of a mystery making this also good for ages seven to ten. Two friends decide to check out an old abandoned house and find much more than they bargained for in this search.

I Survived:  The Shark Attacks of 1916, by Lauren Tarshis, is a great non-fiction book that’s part of the “I Survived” series.  While a boy is swimming, he comes face to face with a shark. This is best for ages eight to twelve.

These next four books are good for all ages.  How Did That Get Into My Lunchbox:  The Story of Food, by Christine Butterworth, and illustrated by Lucia Gaggiotti, is the story describing the process of foods from farm to grocery store to your home.

Orangutans Are Ticklish:  Fun Facts From An Animal Photographer, photographed by Steve Grubman, and written by Jill Davis, is an informative, up-close picture book filled with fascinating facts. Like this one: Did you know that when a hippo looks like it’s yawning, it actually may be ready to attack. 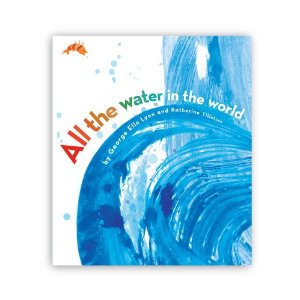 All the Water in the World, by George Ella Lyon, showcases water in all forms with words that seem to drip off the page. You’ll guzzle this book up!

Mr. Elephanter, by Lark Pien, has a sweet man who has a round little face and body and takes care of tiny elephants at the elephantry. I love this book!

When Martha’s Away, by Bruce Ingman, shows what pets might do when the owners are away. Martha is the pet cat owner and doesn’t have a clue of what her cat, Lionel, does while she’s gone. He takes full advantage of finally being left home alone by working out, fixing himself a delicate lunch and catching up on current events. Hilarious! 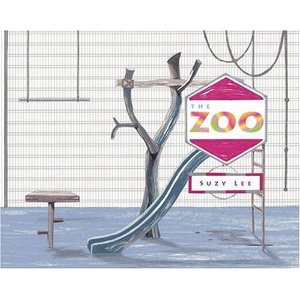 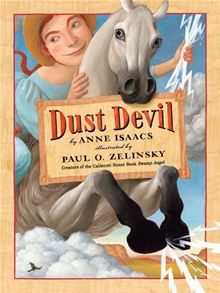 The last two books are good for ages nine and up.  Dust Devil, by Anne Isaacs, and illustrated by Paul Zelinsky, is a very tall tale about a very tall Swamp Angel who moves from Tennessee to Montana where there’s more room for her to move about. She conquers a dust devil and finds a very large horse which she makes her own. But not before she and the horse create some very large canyons, including the Grand Canyon. This book’s great fun to read aloud! 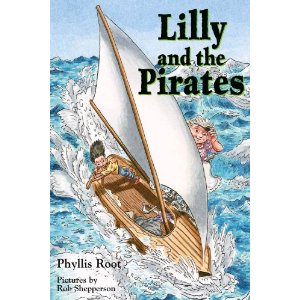 Lilly and the Pirates, by Phyllis Root, and illustrated by Rob Shepperson, is another great read aloud about little Lilly who’s been left behind at her uncle’s house while her scientist parents go exploring the other side of the world. When a seagull drops a note in her hand indicating her parents are in trouble, she heads off to far away lands.