She Jumped From the Temple into the Great Salt Lake 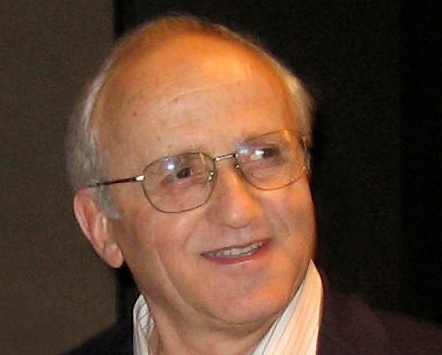 Editor’s Note:  Gary Lawrence’s new book “Mormons Believe … What?!  Fact and Fiction About a Rising Religion” will be released September 22.  Excerpts will appear in future columns.

If I hadn’t read it with my own eyes, I would not have believed it.

As my companion and I were going about our missionary labors in southern Germany, someone showed us a pamphlet that was circulating about us Mormons.  It told the story of a woman who ostensibly joined the Church, moved to America, became disillusioned, returned to Germany, and tearfully told her minister her odyssey.  Poorly written and obviously rushed into print, it went from one salacious episode to another and finished up with the woman sobbing (as close as I can remember the words), “The final humiliation was when the Mormon priests pushed me out of the second story of the Salt Lake temple into the Great Salt Lake to be baptized.”

I didn’t know whether to laugh, punch a hole in the wall with my fist, or try to find the woman and recruit her for the Olympics.  (I subsequently found out that variations of this tale have been around for decades.)

How could any modern person in 1961, I wondered, ever think such a thing might be true?  Well, maybe for the same reason that modern people 50 years later still believe stupid things about us that, though perhaps not as absurd, are nonetheless flat-out falsehoods, exaggerations for purpose of ridicule, or ignorant misconceptions.

The story of the broad-jumper has stayed with me.

Over my career in public opinion research, I have heard in focus groups and measured in surveys the perceptions Americans hold of Mormons – our supposed beliefs, practices, and intentions.  A few get it right; most do not.

The misconceptions today are better packaged than the story about the woman jumping from the temple, and more damaging.  I recall focus groups I moderated a few years ago in the South about perceptions of Mormons.  The participants were intelligent, well dressed, and well spoken.  And then the words would come out of their mouths and I would think, “Are we talking about the same religion?”  And when they unanimously said that Mormons aren’t Christians, I wanted to blurt out, “What part of our name don’t you understand?”

As a professional moderator, I had to bite my tongue. I’m glad I did because it gave me the opportunity to hear perceptions that the average member will never hear if the speaker knows he or she is a Mormon.  I got the unvarnished versions. 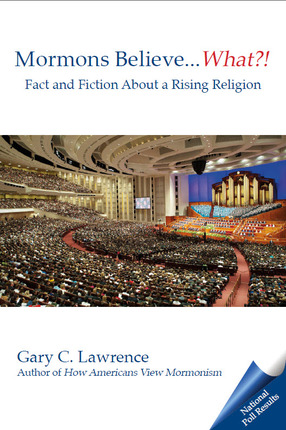 I made a collection of the whoppers – from focus groups to anti-Mormon literature to the messages on placards being paraded in front of our temples – and as the list grew promised myself that someday I would write a book that would discuss and rebut them.

But how to write it?  After all, there are already scores of books explaining our doctrines and beliefs.  How could I make mine different?

I visualized two audiences.  The book would have to interest the curiositator who wants to understand “just enough” about our increasingly visible religion (thanks to two presidential candidates and a popular but filthy Broadway musical), and would have to help members who want better ways of answering questions.

I wrestled with how to make it comfortable enough so that someone not of our faith would read it without feeling preached to or pressured.  It had to be light at times and deep at times.  It had to be both serious and humorous.  It had to be interesting and informative, preferably with new material.

Then a parallel struck me:  Reading about another person’s religion is a strange experience – sort of like attending a stranger’s family reunion and being an observer on the sidelines.

That visual formed the structure of the book.  Here is how I set it up in the introduction:

Reading about someone else’s religion is like attending a stranger’s family reunion.

People are talking about Aunt Matilda or Uncle Fred, and telling stories so familiar that some cousin mutters a phrase and the place erupts in laughter or begins weeping.  And you feel like a hamburger at a Hindu wedding.

The reunion is complicated because there’s another group nearby and those people want a food fight.

My goal with this book is to explain to you, the observer on the sidelines, what the family reunion is all about and why those other people are lobbing pies at us.

I then explained how I would lead them around the family reunion and explain the pies.  Each of the 24 chapters is phrased as a criticism or charge against the Church.  I first reply with a short observation, then state our position, explain the rationale and intellectual underpinnings of our beliefs, and end each chapter with another observation.

At the end of the introduction I also promised, “And if there are any Uncle Fred stories, I’ll explain them.”

You don’t have to read each of the following criticisms, or pies, in my table of contents, but a quick skim should confirm that there are few controversies about us that the book does not address:

3   “Mormons Don’t Believe in the Trinity”

6   “Mormons Believe That Jesus and Satan Are Brothers”

9   “Mormons Believe They Are the Only True Church”

10  “Mormons Believe They Can Work Their Way Into Heaven”

11  “Mormons Believe They Can Have Their Own Planet”

14  “Mormons Are Blind Followers and Don’t Think for Themselves”

18  “Mormons Help the Poor, But Only If They’re Mormons”

20  “Mormon Leaders Control Every Facet of a Mormon’s Life”

21  “Mormons Think They Are Better Than Other People”

23  “Mormons Want to Take Over the Government”

24  “Mormons Will Use Political Power to Force People to Convert”

And sprinkled throughout are new findings from a national public opinion poll I had my firm conduct this past summer, especially how many Americans share these various perceptions of Mormons.

Distortions about the events leading up to the re-establishment of the original Christian church began within days of Joseph’s exit from the Sacred Grove.  In the preface to D&C 45, the Prophet Joseph stated in 1831 that “at this age of the Church, many false reports and foolish stories were published and circulated to prevent people from investigating the work or embracing the faith….”  False and foolish stories continue today, and the attacks on the Church will only increase between now and the Millennium, all with the same purpose in mind – to discourage people from checking us out.

With this in mind, I’m reminded of a class in grad school in which we studied the tactics of Josef Goebbels, the Nazi propaganda minister.  One warning from his miserable life has remained with me as I have confronted liars of one stripe or another in my career:

An unanswered lie will soon be seen as truth.

Our leaders can and do broadcast our answers to the false stories and lies about us.  Our mass media messages also play their role.  But unless our answers reach the individual, the lies will soon be accepted as true.

That means each member must get involved.  We must counter, disagree, refute, rebut, explain, and educate as necessary one to one, and do it patiently, kindly, and firmly.  There are many who are kept from the truth because they know not where to find it, and because of the craftiness of men – those who tell foolish stories.

I’ll have excerpts and ideas from my book for you to consider in the days ahead.