The Real Villain in the Economy 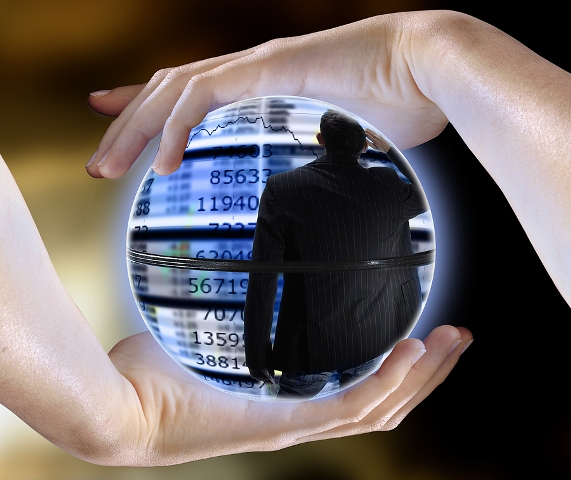 Editor’s Note:  Gary Lawrence has been on “vacation” writing a new book “Mormons Believe … What?!  Fact and Fiction About a Rising Religion” that will be released September 22.  We welcome him back to our group of columnists.  Parts of his book will be excerpted in future columns.

Numbers?  We have numbers.  We have tons and tons of numbers.

We have a debt of $14 trillion, a deficit this year of about $1.2 or $1.4 trillion, unfunded liabilities variously estimated from $50 trillion on up.  And we have all kinds of formulas, the most common ones being debt, deficit, and total liabilities as percentages of GDP (gross domestic product).

Show unfunded liabilities as a percentage of GDP and people in beards and long robes will parade their placards around town announcing “The End is Coming.”

Show the year’s deficit as a percentage of GDP and people yawn.

Show our total debt as a percentage of GDP and we get the best formula, in my opinion, for planning purposes.  Not quite as fun as Goldilocks finding the right porridge, but it’ll do.

A family will look at its total debt in relation to its total income, and either shave spending, try to increase income, or preferably do both.  Should be a no-brainer for government to do the same, but government’s failure to see such things is probably why the phrase was invented in the first place.

Government hates to cut spending because it means cutting their power.

I believe there are smart-enough people in some corners of government who truly know that the best way to increase income is to cut taxes and grow the economy, but too many of them believe wealth is a self-existing commodity and needs only be more fairly distributed.  Ergo, tax the blankety-blanks who are richer “than they need to be.”  (But that’s a column for another day.)

There has been much discussion in recent months about how to get society’s finances under control, and not a few people are finally recognizing that we cannot borrow our way into wealth, nor spend our way into prosperity.  We should encourage more exposure of such principles.

But there is one major contributor to our problem that has not received adequate attention, and it is in my opinion the villain whose elimination would do the most and to turn the economy around and do it the fastest.

That villain is uncertainty.

Wealth is not being created and the economy is not growing because the job-creating machine, also known as small business, is not sure what is coming next from government.  They are hesitating and it is only reasonable that they should.  Many business regulations are onerous and should be modified if not expunged.  And the unelected, unaccountable czars and garden-variety bureaucrats know only one MO: more regulations on those evil businessmen who are (take your pick) making more money than they should, fouling the environment, and/or exploiting widows and orphans.  Put more controls on business, they say, which is exactly the wrong medicine.  Sort of like taking Milk of Magnesia when you should be taking Pepto-Bismol.

Government produces few if any wealth-creating jobs, but it has substantial power to create the environment in which the private sector can produce such jobs.  It can help the most if it eliminates uncertainty and guarantees stability.  Many small businessmen and women would like to create jobs, but they will not do it until government creates certainty and true free-market conditions.

We eliminate uncertainty and get business owners and investors off the sidelines by spelling out the rules of the game, and by curtailing the power of unelected czars and unaccountable bureaucrats to make up rules on a whim as the game goes forward.  Business is waiting for the referees on the field to clarify the rules and hope they don’t change them in the second quarter.  Until certainty returns, expect continued economic crises.

See the parallel in all this?  Note how important consistency and certainty are for our Heavenly Father:

Why is His unchanging nature so important?  Because without that certainty, there would be no order in the universe and nothing would be permanent.  Without permanence, no immutable principles.  Without eternal principles, no firmness of law.  Without law, no justice.  And without justice, no mercy.

And without mercy, we’d all be in a pickle.

This principle is so important, as Moroni tells us in Mormon 9, that God “…changeth not; if so, he would cease to be God….”  And how committed would we be to keeping the commandments if there were the slightest whiff that our Father might change them?

Paul also captured the importance of certainty when he wrote, “For if the trumpet give an uncertain sound, who shall prepare himself to the battle?”

A Message to Government

Is it too much to expect society’s leaders to follow the same principle?  Can’t the would-be messiahs in Washington learn something from true Deity?

Instead of Congress and President Obama playing their game of chicken and posturing to take credit if the economy improves and blame others if it doesn’t, why won’t they put puckered lips to the mouthpiece and blow such certain sounds as reasonable regulations, fair taxes, employers’ rights, and business freedom?  If they did, more jobs would be dumped on America than quail were dumped on the Israelites in the Sinai.

The message to government is simple:  Only by creating jobs will we grow our way out of our economic chaos.  Recognize that 80% of all jobs are created by small businesses with fewer than ten employees.  Unleash these entrepreneurs.  Provide clear rules.  Minimize government corruption.  Adhere to free market principles.  Let employers and employees alike keep more of the fruits of their labor.

Then stand back and watch America’s creative small-business class solve the problems that no central-government-worshiping, utopia-addled brains in Washington will ever solve.