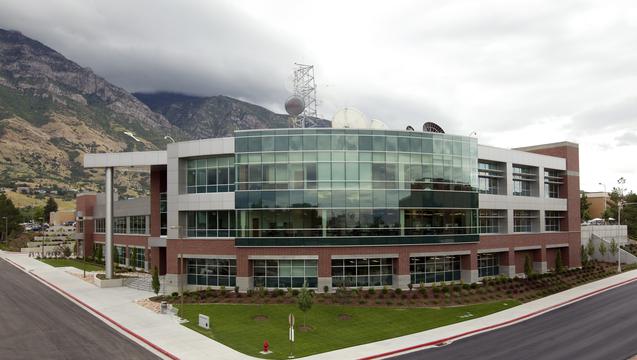 The newly completed Broadcasting Building at Brigham Young University in Provo, Utah, was officially dedicated Friday, 12 August. President Henry B. Eyring of the First Presidency of The Church of Jesus Christ of Latter-day Saints presided over the ceremony and offered the customary dedicatory prayer at the 100,000-square-foot high-tech facility.

“These buildings have been built to take advantage of the wonderful and miraculous technology that will allow the university and Church to reach the hearts and minds of members and friends across the world,” said President Eyring.

For the first time in its history, the university’s radio and television stations are housed under one roof. The new facility located on campus near BYU’s Marriott Center has the capability to generate and broadcast children’s programming, educational and Church oriented programming and sporting events in high definition around the world.