Stephen D. Ricks on the Sacred Embrace in Egyptian Religion and Art

Dr. Stephen D. Ricks made this presentation at the 2011 conference of FAIR, the Foundation for Apologetics Information and Research.

Several years ago Stephen D. Ricks, Professor of Hebrew and Cognate Learning at BYU, made a trip to Egypt with his wife to visit his son who was studying Arabic there. He said that along the way he hoped to find two or three dozen scenes of ritual embrace from the chapels and pillars of Egyptian temples.

What he found, instead, were scores if not hundreds of these examples, as shown below, that spanned the country from Cairo to Philae in the south. 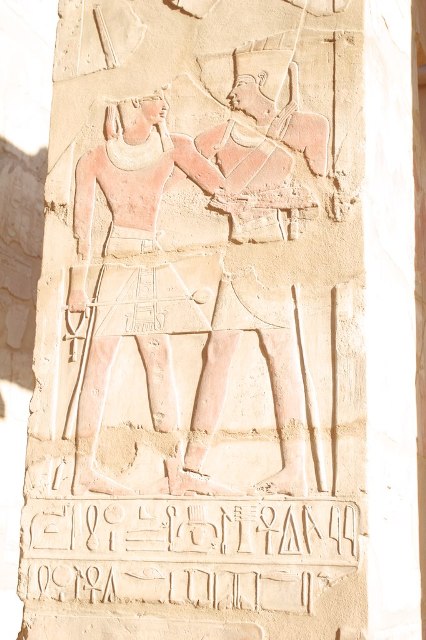 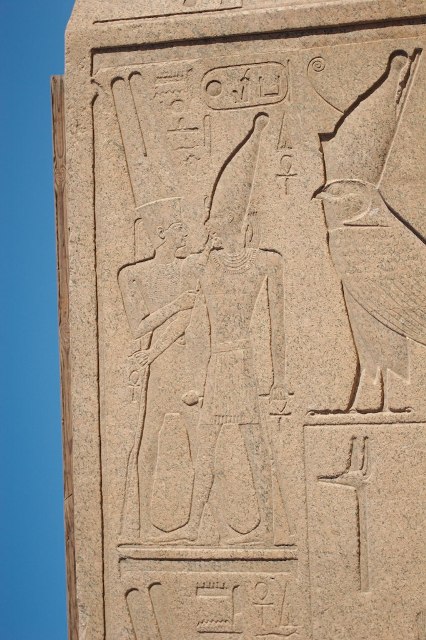 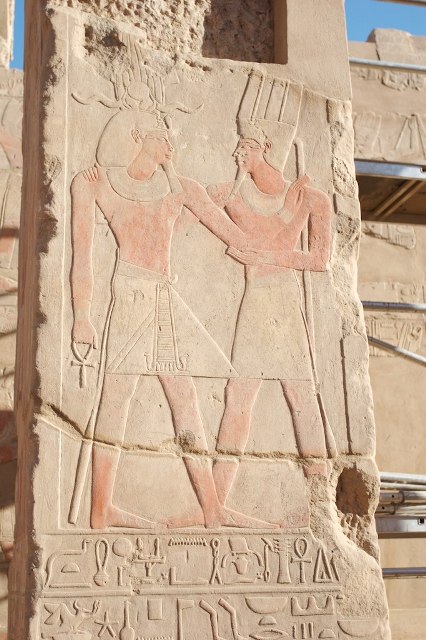 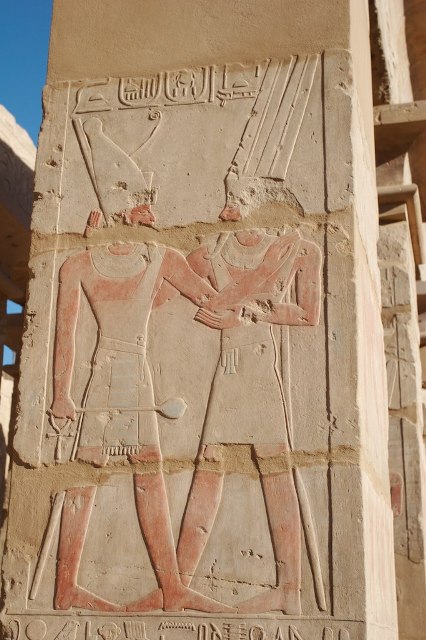 According to Ricks, “These are all examples of the deity facing the king foot by foot, knee to knee, hand to back, mouth to nose to ‘inspire’ (breathe life) into him.

“At the gates of the horizon Re will ‘[wind] his arms around’ the person and take him to his heart. (Miroslav Verner)

“The king is ‘purified by Re’ and embraced by [face to face with] Thoth . . . not rejected by Ptah (Hermann Kees)

Dr. Ricks said that Egypt is “an embarrassment of riches” and the number of examples were so great, he couldn’t take a photo of them all.

He explained a similar concept, “A puzzling episode in the Bible in Genesis 32 is the story of Jacob’s wrestling with an angel, who gives him a new name and transfers patriarchal and royal authority to him:

24 And Jacob was left alone; and there wrestled [Heb. ye’aveq] a man with him until the breaking of the day.

25 And when he saw that he prevailed not against him, he touched the hollow of his thigh; and the hollow of Jacob’s thigh was out of joint, as he wrestled with him.

28 And he said, Thy aname shall be called no more Jacob, but Israel: for as a prince hast thou power with God and with men, and hast prevailed.

29 And Jacob asked him, and said, Tell me, I pray thee, thy name. And he said, Wherefore is it that thou dost ask after my name? And he bblessed him there.

If we understand the Hebrew ye’aveq (“wrestle”) to have the meaning “embrace,” then this provides us a parallel sense for the sacred embrace in ancient Egypt.

“Scenes of sacred embrace in ancient Egyptian religion occur in the most sacred precincts of the temple.

“While scenes of embrace are confined exclusively to royalty in the early period of Egyptian history, they come to be used of other classes in Egyptian society.

“Sacred embrace is preparation for entrance into the presence of the gods.”