The Last of Summer Reading

Summer is quickly coming to an end as kids are gearing up for school to start. So here are some great last reads to pine away the hours inside a book while the leisure, lazy days are still here. All of these books are geared for ages nine through adult. 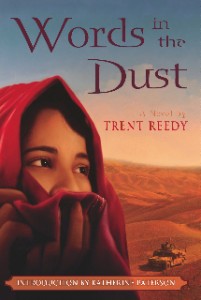 There are two outstanding historical fiction books that take place in war-torn Afghanistan.  Words in the Dust, by Trent Reedy, will take you deep inside this country where 13-year-old Zulaikha is struggling to survive among kids her age.  Her uncaring stepmother, the Taliban and the terrible injustices girls and women have to continually deal with are taking their toll. They aren’t allowed to go to school or learn to read.  Since she was born with a cleft palate, kids make fun of her and call her “donkey-face”. But Zalaikha’s life is about to change for the better when a friend secretly teaches her how to read and American doctors are about to surgically correct her face. The beautiful Persian poetry sprinkled throughout the book emphasizes the great traditions and the importance of words and reading of the past. The author spent a tour of duty in Afghanistan before writing this first book for kids. There’s much background information found at the back, including a pronunciation guide. 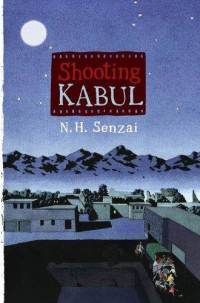 Shooting Kabul, by N. A. Senzai, begins with a family’s flight from Afghanistan in July 2001. As they board a truck that’s about to flee the area, with the Taliban close behind, they somehow leave 6-year-old Mariam behind. They can’t jump out of the truck or they’ll be killed so they end up in America without her. This book is a fascinating look at how this family begins their adjustments in this new country.  It centers on 12-year-old Fadi as he is adjusting to a new American school when the September 11 attacks occur. The entire story also centers around how the family struggles to locate Mariam and bring her to America. 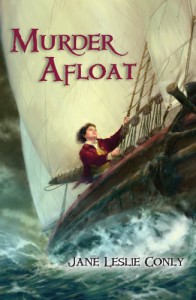 Murder Afloat, by Jane Leslie Conly, has 14-year-old Ben being kidnapped with several other young men off the streets of Baltimore back in 1868. He’s forced into labor on an oyster ship and his rich life before fades into a distant memory.  What he has to go through and how he finally gets back to his home will keep the reader tense throughout. 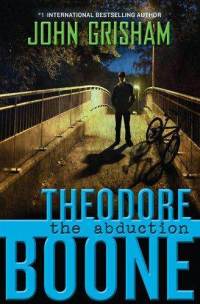 Now for some great new mysteries – John Grisham has a new series called the “Theodore Boone” mysteries that are geared for kids. His latest book is The Abduction and it will grab you on the first page and not let go until the end. The story begins when Theodore’s best friend, April, has suddenly disappeared and he is quickly involved as he follows leads to locate her and solve this mystery.

Something Upstairs, by Avi, is a bit frightening when 12-year-old Kenny moves with his family to a new town and an old house. He notices a spot in a small room off his bedroom. What he discovers with the spot and what he learns that took place over a hundred years ago in this house will keep you reading to the end.

The Ghost of Crutchfield Hall, by Mary Downing Hahn, will have you on the edge of your seat from the beginning to the end in this atmospheric tale.  Florence is twelve years old and has been living in an orphanage. But now, she is moving to her great uncle’s huge country estate where she discovers his kindness. But that’s not the case of her great aunt and that’s about the time she also discovers there’s a ghost living in this old mansion. Make sure you read this book with the lights on!  Hahn is one of the best at writing chilling mysteries.

The next book deals with loss and death. My Dad’s a Birdman, by David Almond, has young Lizzie taking on parent responsibilities with her newly widowed dad. She has to force him to eat and can’t seem to get him out of his pajamas. But he has decided to enter the “Great Human Bird Competition” and has begun to build wings and he ultimately realizes family is really “all that matters.” There are wonderfully colored illustrations sprinkled throughout by Polly Dunbar. This book would be a good read-aloud. 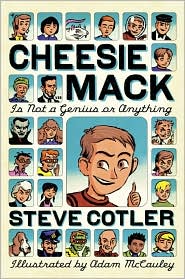 Cheesie Mack is Not a Genius or Anything, by Steve Cotler, and with hilarious illustrations sprinkled throughout by Adam McCauley, is great fun as you read about Ronald Mack (Cheesie) and all the escapades he and his buddy experience once school’s out and summer is finally here.