Is This the Wind that Blew Nephi to the Americas? 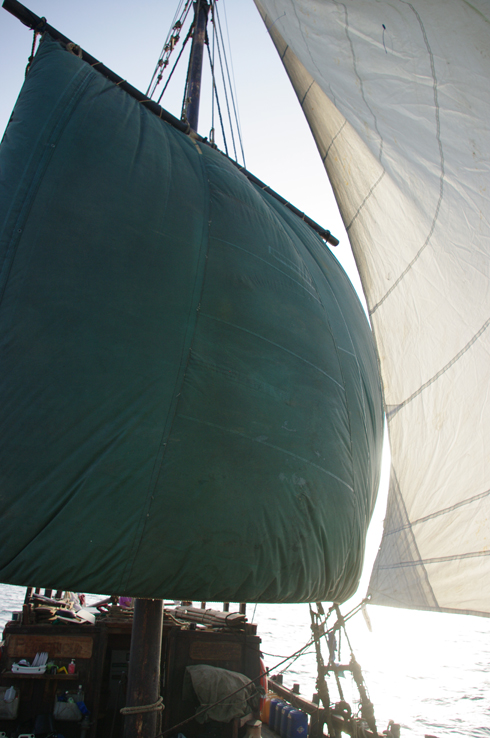 By far the least-understood part of Lehi and Sariah’s incredible odyssey is their ocean voyage. The journey from Jerusalem down into the wilderness, to the Red Sea, the Valley of Lemuel, Shazer, to Nahom and then to Bountiful is all recorded in some detail. The significant events at each place are placed on record. Marriages and a death are mentioned. Changing directions are constantly noted.

But, when the group casts off into the ocean from the shores of Bountiful, the record becomes sparse. Aside from the rebellion against Nephi and the great storm that followed, we are not told anything, only that they sailed for “many days” before arriving at the promised land (1 Nephi 18:23).

We know from Nephi’s earlier account that “many days” could mean up to a year or even several years. For this, the longest stage of the journey, there are no directions supplied, no family milestones, in fact no incidents at all. Any sailor knows that a journey of such length must have been full of developments where lessons were learned, assumptions overturned and faith strengthened. Given all their preparations and the abundance of fish at sea, did they need to stop enroute? Did they encounter anyone else? What other weather events impacted on the journey? Is there a reason why Nephi seems to have stopped recording such things while at sea?

We don’t know for sure all the answers to such questions. However, in 2009 I learned while sailing on the Phoenicia expedition [a 600 BC-design ship, see www.phoenicia.org.uk], that life at sea makes it difficult to keep records. Several of us in the crew tried keeping journals and internet blogs, but we all largely gave up. The unending movement of the deck, broken sleep, exposure to the elements and the sheer physical demands of sailing left little time or energy to write. Very early into the voyage, life on board Phoenicia became all about survival and staying on top of things. Although I kept taking photographs, I soon resorted to scribbling rough notes on a scrap of paper, to be expanded from memory later on.

At sea the burdens placed on Nephi were immense. In addition to the fulltime needs of the ship and its passengers, he was a husband, a father and the dutiful son of aging parents. I suspect that navigating the ship and the daily demands of a captain meant that record keeping had a low priority. This reality seems to be subtly captured in his account.

In which direction did they sail?

Directions were carefully recorded by Nephi during the land journey from Jerusalem to Bountiful. However, once at sea, his record (as we currently have it) does not record any directions. From the Arabian coast, winds and currents allow travel toward the east across the Indian Ocean into the Pacific, thus continuing the basic direction followed from Nahom onwards (1 Nephi 17:1). But, they also allow one to sail southwards down around Africa and then west across the Atlantic Ocean. Arriving on either the Atlantic coast, or rounding South America also and landing on the Pacific coast, is then possible. It is a subject still hotly debated by LDS scholars. Of course, after weighing up the arguments of both scenarios I have arrived at my own judgment. In my view, the answer comes from both scriptural and scientific evidence.

In the first place, while Nephi may not have recorded the details, later generations of Nephites certainly knew their origins. Alma 22:28 states that the Nephite’s land of “first inheritance” was on the “west” in the land of Nephi and bordered “along by the seashore.“ To me, this is unambiguous and clear. It strongly suggests that Nephi and his people arrived on the west or the Pacific coast of the Americas. However, this alone does not settle the question of whether Nephi sailed eastwards across the oceans or westwards around both Africa and South America. For that we need to look closer. 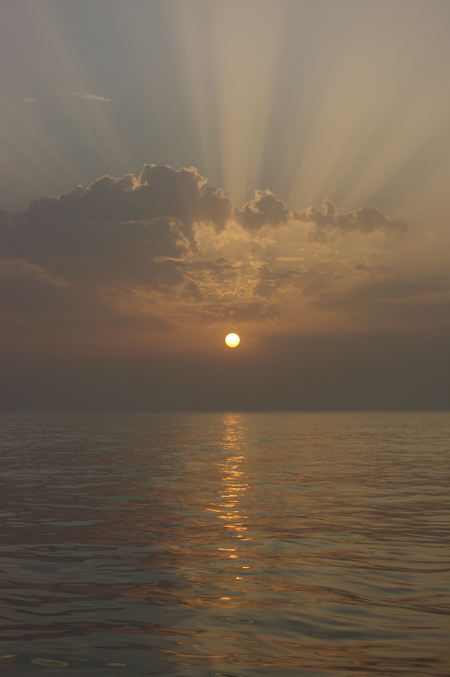 In my recent Meridian Magazine article “Did the Nephites Remember Bountiful?” , I showed that some modern descendants of the Book of Mormon people may actually have preserved quite detailed memories of the Old World “Bountiful” that their ancestors had sailed from. But still the question remains, did they sail east or west? Sailing west around Africa and South America would take them into some of the most dangerous waters on earth. The violent conditions on the cold southern oceans below both continents are well known. On the other hand, if they sailed east across the Pacific the oceans are less dangerous, but the distance was longer.

But a problem arises, and not a little one either: once a ship arrives in the western Pacific ocean, all winds blow toward the west. In other words, the prevailing winds would work against Nephi’s ship from sailing eastwards across the Pacific to the Americas.

BYU archaeologist John L. Sorenson, now retired, was the first to recognize a possible solution. He drew attention to the phenomenon popularly known as “El Niño,” 1   a name most readers will recognize as it periodically causes major changes to weather worldwide.  2   Importantly for Nephi‘s story, every few years El Niño also creates a weather system running in an easterly direction across the equator, exactly opposite to the prevailing westerly direction of currents and winds in the Pacific Ocean. This would not only allow but actually encourage a speedy sailing eastward across the largest ocean on earth to the Americas. It would result in an arrival anywhere on the western coastline stretching from the California coast down to the northern shores of South America.

In recent decades, scientists have begun learning much about El Niño and its opposite phase, La Niña.  3   They have found that each El Niño event has a unique signature determined by its intensity, ocean temperatures and its duration. This fact has enabled them to search early weather and ocean records, and to trace events back over recent centuries. With that base-line in place, researchers are now finding other methods of tracking it further into the past. These include measuring tree growth rings, carbon isotopes in stalagmites, pollen in peat bogs, organic lake sediments and ancient coral growth. Some of these may offer El Niño dates as far back as 130,000 years ago.

El Niño is thus confirmed as a permanent, long-term component of world weather. It certainly operated in Book of Mormon times and much earlier. In addition to providing an efficient and economical means that could have been utilized by the Lord to convey Lehi and Sariah’s group eastward, perhaps the earlier Jaredite migration also benefited from El Niño conditions in their journey from Asia to the New World. Science is now working to factor in the impact of El Niño weather in many fields. And, in a development of great interest to those who believe Nephi’s account, scholars are now beginning to see the general potential for El Niño events to facilitate ancient long-distance ocean voyaging, something mainstream science has long rejected. 4

Does all this mean that an easterly crossing of the Pacific by the Lehites is now a given? No, El Niño simply means that a mechanism existed that makes such a crossing possible.

A westerly crossing below Africa remains viable. If El Niño was used, however, perhaps one day a specific El Niño event will be dated to about 590 BC. If that ever happens, surely the most consequential event that could be linked to El Niño would be the Lehite ocean voyage that initiated two new civilizations in the New World.

vol. 27 no. 6 by the Neal A. Maxwell Institute for Religious Scholarship at BYU, 2007. It is available at https://maxwellinstitute.byu.edu under the author’s name.

Images were taken by the author in the Arabian Sea during the 2009 Phoenicia expedition.

2. Some of the interesting impacts of El Nino weather on world history is documented in Cesar Caviedes, El Nino in History: Storming Through The Ages (Gainesville, FL: University Press of Florida, 2001).

3. www.elnino.noaa.gov is an excellent interactive site explaining the ENSO or El Niño phenomenon.

Become one of the few Church members who has ever visited the best candidate for Nephi’s Bountiful in Oman.  Join a 9-day expedition with a research option, led by Warren Aston at www.bountifultours.com

To the previous comment from January of this year, ilook up the Jaredites and also if you go to lds.org you can find a digital copy of the Book of Mormon or better yet download the LDS gospel library. The jaredites came across much earlier at the time of the biblical Tower of Babel.

What about the scripture that speaks of the vessel where i was carried under the water and was stagnated under the water for some time and they had this object that gave off light while under the water? It describes how it was made also, i read it but lost the Book of Mormon so i cannot find it written on the net now.