Fiction at its Best | Meridian Magazine

Fiction at its Best

I am continually reading through, and looking for, great and interesting books that kids will love. Here is my latest list of great fiction geared for ages nine to adult.  These books would also be great as read-alouds. 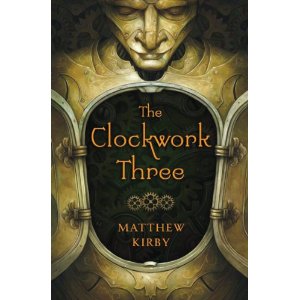 The Clockwork Three, by Matthew L. Kirby, is a story rich with suspense, mystery and adventure. It begins with Giuseppe, an orphan, who has to play his violin for his mean tyrant of a master. But his life is about to change for the better when he discovers a wonderful violin. Then you read about Hannah who is working hard and long hours as a maid as she is trying to help her family as her father recently had a stroke. She soon learns about a hidden treasure in the hotel where she works. Now if she can just locate it. And then you learn about Frederick who works as a clockmaker’s apprentice. If he can get his automation to work, it will change his life. These three characters finally meet midway through the story, turning their adventures into one as they strive to achieve their goals and ultimately discover the magic and importance of friendship. Here is a page-turner rich with characters and life set back in the nineteenth century. It’s an impressive debut novel by Mr. Kirby (who is from Utah) and one can only hope for more! 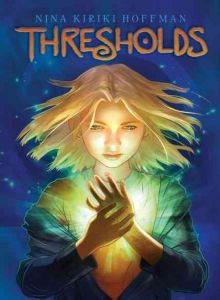 Thresholds, by Nina Kiriki Hoffman, is a blend between fantasy and science fiction. Maya’s family has just moved to a new town and now she must face a new school and try to make new friends. But life gets very interesting when, late one night, a fairy flies right into her bedroom. She also discovers that her next door neighbors are very unusual, in a magical kind-of-way. Give yourself enough time to read this book as chances are, you’ll not stop once you begin.

Mamba Point, by Kurtis Scaletta, takes place in Liberia back in 1982 and is about a family who has just moved to this country when twelve-year-old Linus’ dad gets a job at the U.S. embassy. As soon as they get off the plane, they see someone come running towards them with a machete in hand. Frozen in fear, they soon realize there’s a black mamba near their feet. Linus soon feels that he seems to have a connection with this type of snake and soon wants to make one a pet. Before moving to Africa, Linus was frightened of many things, but he now seems to be getting braver and more confident. The book gives an inside look at a time and place that’s far away. 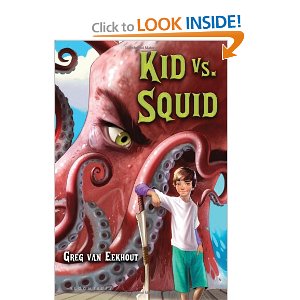 Kid vs. Squid, by Greg Van Eekhout, is a hilarious adventure of mythical proportions. Thatcher is about to begin a boring summer as he works at his uncle’s seaside Museum of Curiosities. When a mysterious girl steals a museum artifact, Thatcher’s summer becomes an adventure full of thrills and excitement. Apparently this girl, Trudy, is trying to save her people from the lost city of Atlantis. They have a horrible spell on them so that they drift at sea all winter and then wash up on shore each summer and have to work on the boardwalk. Thatcher is running out of time to help save them from their fate and he also might end up a victim of the curse. Get ready for the ride of your summer!

Dark Life, by Kat Falls, will take you to our last frontier: the ocean. This futuristic story has water levels rising and earthquakes breaking landmasses so that now people are flocking to the land underneath the oceans and there’s land for the asking. Ty is a first generation “born down undersea” and knows nothing else. But he is about to learn some deep dark secrets hiding down in the deep and he must solve the mysteries to survive.

Rascal: A Dog and His Boy, by Ken Wells, and with black and white drawings sprinkled throughout by Christian Slade, is told from the dog’s point of view and includes a thick Cajun drawl through the story. This would be great fun to read out loud due to the South Louisiana dialect and the many adventures Rascal and Meely, his owner, get involved in. There’s a glossary of Cajun terms located in the back. This book is great fun! 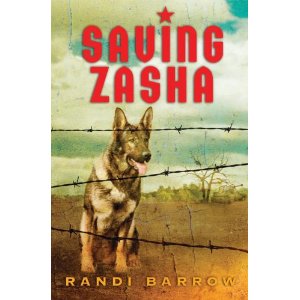 Saving Zasha, by Randi Barrow, is set in post-war Russia following World War II and the country wants nothing to do with anything German. When thirteen-year-old Mikhail finds a German shepherd dog, Zasha, he must hide her from the authorities or they will take her and likely kill her. This well-written story embarks on the struggles of after-war conditions as well as how this family keeps the important priorities at the forefront.

Masters of Disaster, by Gary Paulsen, will take you on an adventure that will keep you reading to the very end. This quick-read is fast-paced and full of all kinds of crazy ideas that Henry and his two friends decide to do to make a name for themselves. Some of these wacky adventures include going inside a bull riding ring and going into a haunted house. Get ready for a fun and funny escapade!