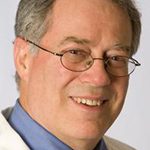 Why All of the Concern about Genetically Modified (GMO) Foods?

Recently a number of protests were held across the United States, demanding that genetically modified foods be identified as such to consumers, so that consumers could make their own decisions about what kinds of food they should consume.  Why is this such a big deal?  Isn’t genetic modification something that has been going on for thousands of years?  And isn’t that what “grafting” branches into fruit trees is?  What’s the problem?

On the surface, the concerns about genetic modification may seem to be way overstated.  But some solid research indicates a different story.  In one article in the Institute for Responsible Technology,  the following was reported:

Before the FDA decided to allow GMOs into food without labeling, FDA scientists had repeatedly warned that GM foods can create unpredictable, hard-to-detect side effects, including allergies, toxins, new diseases, and nutritional problems. They urged long-term safety studies, but were ignored. 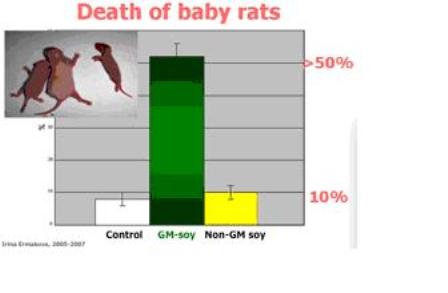 Since then, findings include:

Genetic modification, it turns out, is much more than grafting the best characteristics from one plant into another, to create a hybrid that has more desirable characteristics.  To create a GMO food, the DNA is affected.  The resultant product was not and is not tested for any length of time on humans before being approved as acceptable for human consumption.

Despite the studies indicating cause for concern, and despite the rapid increase in diet-related disorders, such as wheat and gluten allergies, insulin resistance, celiac sprue, inflammatory bowel disease, ulcerative colitis, and behavior problems, there has been little to no follow-up to determine what is causing the meteoric rise in these health issues.  Could there be a correlation?  Let’s look at the rise in GMO food production that has taken place over the years.  This data graph from the USDA shows that nearly all of our sugar and corn and soy products are now genetically modified.

I find it interesting–and compelling–to compare the two graphs with what I have seen in my professional practice.  There is an enormous increase in diet-related disease, specific to the types of food that have become increasingly available in GMO products.

If this matter is of concern to you as well, you may feel to ask what your options are.  For me, the answer is to grow as much of my own food as I can, and to know the source from which it comes if I have to obtain my food elsewhere.  Much of the food that is available from fast food sources is from subsidized crops (which is why they are so inexpensive).  You can pretty much count on the hamburger buns, tortillas, and soy products you get from fast food having GMO ingredients.  My family and I do a lot less eating at fast food restaurants.  The extra time it takes, if any, to make our own at home, creates a much healthier product that is more delicious and more nutrient-dense.

I have found places that sell and share heirloom seeds, such as  Seed Savers. When you harvest your crop, you can save and replant the seeds, or share them with others.  Thankfully, many groups are dedicated to preserving these valuable plants as they were divinely designed.

Until all of the studies are in, I choose to plant and eat foods that I know about.  The choice for you is, of course, your own.  But it makes sense to study the studies, to ask questions, and to resolve for yourself the best choice for your own personal health.

Here is a wonderful course I purchased online that contains the complete information you need to know about organic gardening.  It costs less than $30.  If it is important for you to feed your family foods that contain no toxic chemicals, you might consider the fun and satisfaction of growing and eating the efforts of your own hands.  Several of my patients have also earned a little by selling the extra in the process!

To your dynamic health and energy!

Stan Gardner, M.D., is a Certified Nutrition Specialist at the Keys to Healing Medical Center, whose focus provides his patients with healthy alternatives to drugs and surgery.  You may make an appointment by calling his office at 801-302-5397.  Visit Dr. Gardner’s websites at www.stangardnermd.com or www.keystohealing.net to learn more about lectures he offers and other information about your health.

Just because something has been raised organically, does not mean that it is not GMO'd. With the exception of "Round-Up Ready" corn, any seed, gmo or not can be grown organically. So, how can we find clean seeds?