Great Fiction to Read Out Loud

Are you looking for some great fiction for your family to enjoy? Here are some outstanding books for families to enjoy reading together. 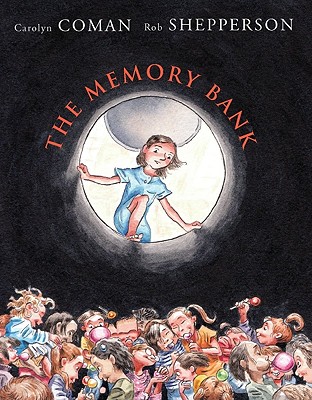 The Memory Bank, by Carolyn Coman, and illustrated by Rob Shepperson, is a unique blend of story and pictures that tell the tale of Hope and her search for her little sister, Honey. Her horrible parents leave Honey by the road after she disobeys them again and they drive off. The following wordless full page pencil etchings show a truck full of laughing kids picking Honey up where you see her smiling right along with them. Hope now sleeps in the garage where, one night, she is taken to the World Wide Memory Bank where dreams and memories are stored. She is about to discover what has happened to her sister and how she needs to save memories before something terrible happens to them. The story is full of creative imagination and suspense as Hope saves the day! 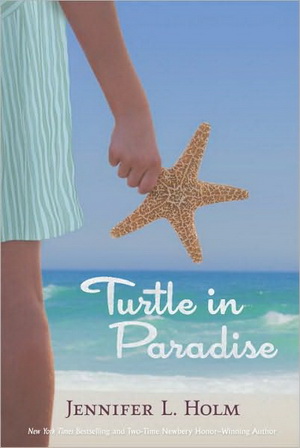 Turtle in Paradise, by Jennifer L. Holm, is this year’s Newbery Honor winner and is a wonderfully told historical fiction based on life in the Florida Keys in 1935. Eleven-year-old Turtle has just been “shipped” to her unfamiliar aunt who lives in a very unfamiliar location: Key West, Florida. She soon becomes embroiled with her wild boy cousins who have a “boys only” Diaper Club (where they take care of bad and difficult babies). The author has an uncanny ability to weave a story full of tidbits of the exotic life in the southernmost part of the continental USA as well as history of the 1930’s. The story reads like a humorous adventure, but ends with the importance of family.

William S. and the Great Escape, by Zilpha Keatley Snyder, reflects back on the classic tale of “The Box Car Children”.  William is the oldest of his 4 siblings and they decide to leave their home on their own and begin a journey. This story is a bit different because they escape from their brutal uncle whom they live with to travel many miles away to live with their aunt. The difficult journey and the challenges along the way, as well as what happens once they arrive at their aunt’s house is both exciting and nerve-racking. The author has two other reissues that are also great adventure mysteries and Newbery Honor books: “The Witches of Worm” and “The Headless Cupid”. 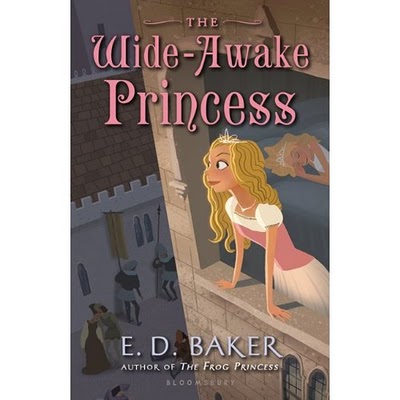 The Wide-Awake Princess, by E. D. Baker, is a brilliant fairy tale with a bit of a twist on Sleeping Beauty. Princess Annie is Gwendolyn’s younger sister and was given the gift from the fairies not to have any magic affect her. This turns out to be a blessing since Gwennie ends up pricking her finger on the spinning wheel and the entire castle falls asleep except Annie. This lively tale has Annie devising a clever scheme to save the day.

Chasing Orion, by Kathryn Lasky, is an historical fiction set in the 1950’s when polio was spreading across the country. Eleven-year-old Georgie has just moved to a new neighborhood in Indiana where she meets her neighbor, beautiful Phyllis, who has polio and is living inside an iron lung. There is much to learn and enjoy in this enlightening story about the difficulties of this terrible disease. 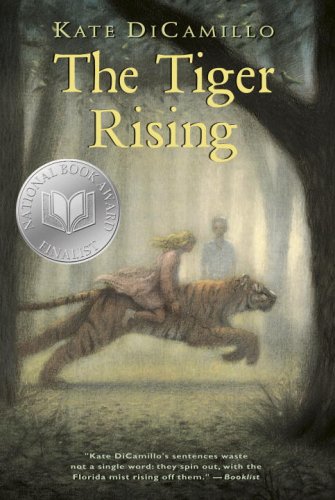 The Tiger Rising, by Kate DiCamillo, is a reissue beautifully repackaged in a cloth-bound cover. Everything changes for twelve-year-old Rob, when he discovers a tiger in a cage hidden deep in the Florida jungle. He has recently lost his mother and he and his father have moved to a tiny town where they can start over. But Rob is suffering – he misses his mom desperately, his dad doesn’t want to talk about it and Rob knows no one at school. He is alone, until he sees the tiger. That same time, he meets a classmate, Sistine, with similar problems. The story is short and chances are once you begin, you won’t stop until the end! It’s a beautifully told tale that’s rich in metaphors and feeling!

Alchemy and Meggy Swann, by Karen Cushman, is set in 1573 with thirteen-year-old Meggy moving to London for the first time and meeting her father who is an alchemist. When he sees that not only is she a girl, but a cripple who needs canes to walk, he rejects her. This leaves her to face a city full of thievery and rogues. But she rises above it all to prove to herself and her father that she is invaluable with gifts of herself to give. This historical fiction is so beautifully written that you get a true sense of the Middle Ages in this bustling city.

Owl Ninja, by Sandy Russell, and sprinkled with illustrations throughout by Rhian James, is #2 in a series but you need not read #1 to understand and enjoy this intriguing adventure. The story is told through the eyes of one of the six outcasts that make up the samurai kids. Ryu has only one leg and uses his crutch to help him navigate life. (The other 5 have disabilities that range from blindness to albinism.) They must travel to see Japan’s emperor to hopefully stop war, and along the way their mishaps will keep you on the edge of your seat. The illustrations help keep the story moving and the simple words of advice may likely encourage you.

Daddy-Long-Legs, by Jean Webster, was first published back in 1912 and has been reissued as part of Random House’s “Looking Glass Library” Series. I was surprised to find this book (which is written in the format of letters that Judy writes) an easy, delightful read! Judy is an orphan and is about to be turned out to live as a maid because she’s 16 and that’s the age limit for foundlings in an orphanage. But a mysterious benefactor donates college money to help her throughout her college years. This is a wonderfully crafted story that is rich with the formal, but charming, language of the day.