Here are some outstanding historical fiction books that will bring to light the struggles, bravery and lifelong battles of people overcoming bigotry. These books are good for ages eight and up. 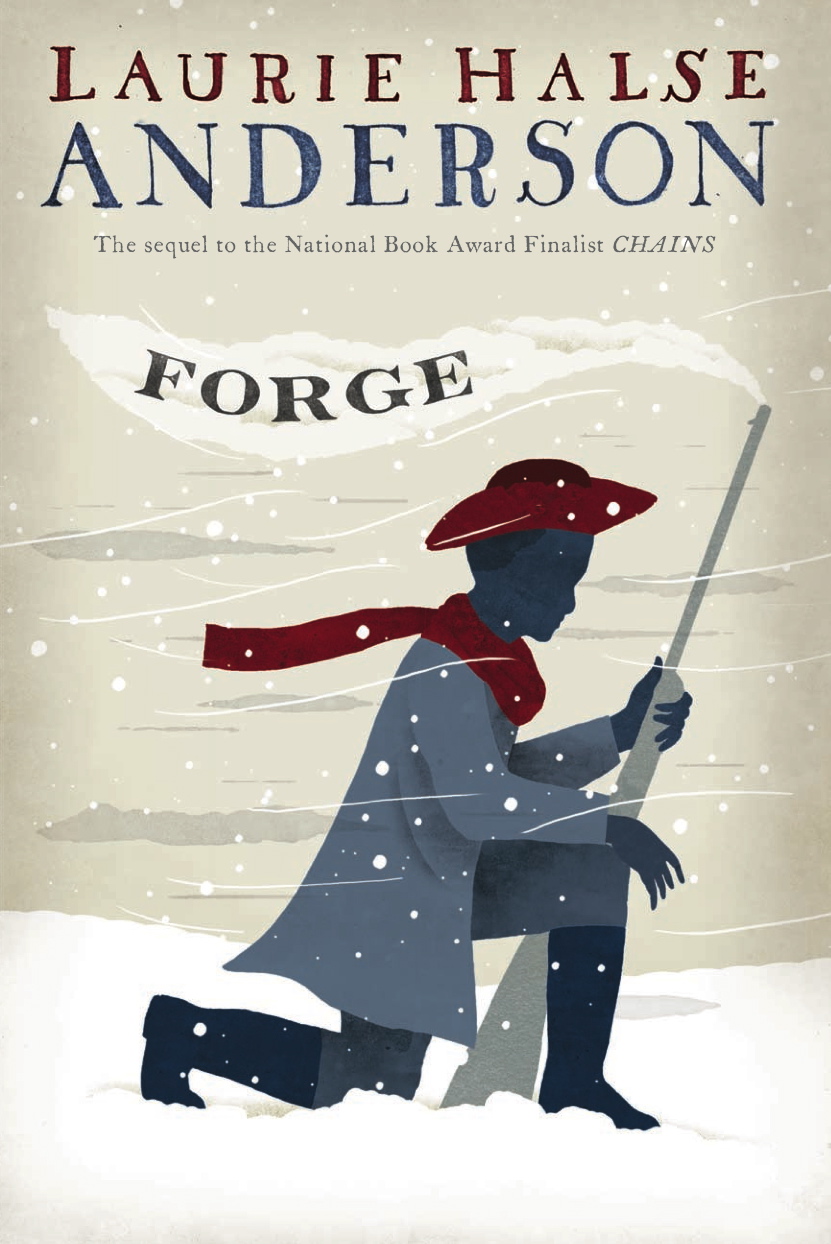 Forge, by Laurie Halse Anderson, is an enlightening story about life as a soldier during the Revolutionary War. Curzon is an escaped slave who joins the militiamen to keep from being caught and returned to his master. However, it’s the late fall of 1777 and life is very difficult for all soldiers, let alone a black soldier (they lived under a constant threat of being returned to their owners if they weren’t “freemen”). There’s a most interesting appendix found at the back of the book with questions and answers concerning the historical events described in the story. There’s also a list of vocabulary words and definitions as well. 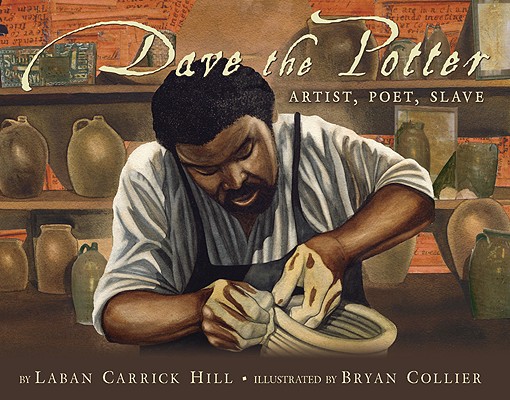 Dave the Potter: Artist, Poet, Slave, by Laban Carrick Hill, and illustrated by Bryan Collier, is a visually told picture book with concisely placed words and beautiful watercolors that seem to flow together in a pattern with the texture of a stoneware jar.  Dave was an enslaved potter living during the 1800’s. Little is known about him except that he’d mastered the art of making elegant pottery. He also inscribed short rhyming poems of the sides making him highly unusual. Slaves weren’t allowed to learn skills such as making pots and very few learned how to read and write. The fold-out spread in the book glorifies his talent with clay. And the back tells more about this talented artist by permeating his words into the background. This outstanding book won the Caldecott Honor award for this year. 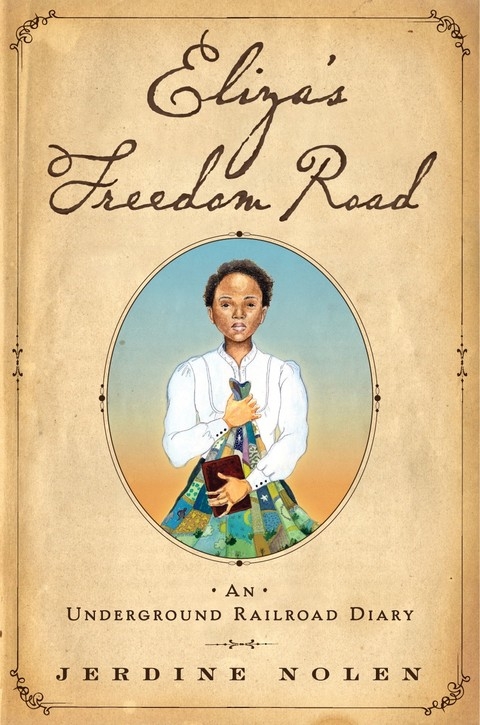 Eliza’s Freedom Road:  An Underground Railroad Diary, by Jerdine Nolen, tells the tale of eleven-year-old Eliza through her journal entries. She has lost her mother to a slave auction and now she sees that she will also soon be sold.  So, at the risk of everything and everyone familiar to her, as well as her life, she decides to escape to freedom by way of the Underground Railroad. Her life-threatening journey, while following the advice from her mother’s stories on her quilt, allows her to learn the most important lessons in survival: literacy and courage. 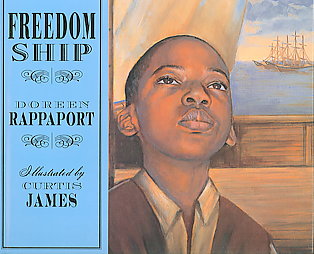 Freedom Ship, by Doreen Rappaport, and illustrated by Curtis James, tells the events, through the eyes of a young boy who is a direct descendant of the protagonist, of a most amazing true story that took just one day to succeed. Twenty-One-year-old Robert Smalls and 9 other crew members take control of a Confederate ship that was equipped with cannons and ammunition and delivered it to the Union side. Be sure to check out the afterward that tells how this great man went on to even greater achievements in his life. The chalk-pastels and dark shadowing in this picture book seem to float off the page.

Busing Brewster, by Richard Michelson, and illustrated by R. G., is a picture book about building bridges for the black and white communities. Young Brewster is nervous about going to a school far away in a white community. And it becomes even more difficult when the adults resist. This 1970’s setting will surely get some conversation going. The wonderful mixed-media and collage art sets the retro setting of an era of over forty years ago.

The Secret River, by Marjorie Kinnan Rawlings, and illustrated by Leo and Diane Dillon, is the retelling of the classic story first published posthumously in 1956 by this Pulitzer Prize winner and all of her glorious and deeply rich language is exhibited here. But what sets this book apart is the updated captivating, and often full spread, pictures. Young Calurnia is portrayed as a determined black girl who goes deep in the forest to find fish for her father to sell. The adventures and magic that takes place is both captivating and capricious.

Rosa’s Bus: The Ride to Civil Rights, by Jo S. Kittinger, and gorgeously painted with oil by Steven Walker, has a little different take on this life-changing event. It takes place from the vantage point of the bus. It didn’t get the traditional sign painted on its side declaring where white and “colored” people sat. The author carefully brings out the way life was, and how the system worked, according to people of minority living in Alabama.  Also, the author’s note goes into more detail about the boycott and other significant names of this era.