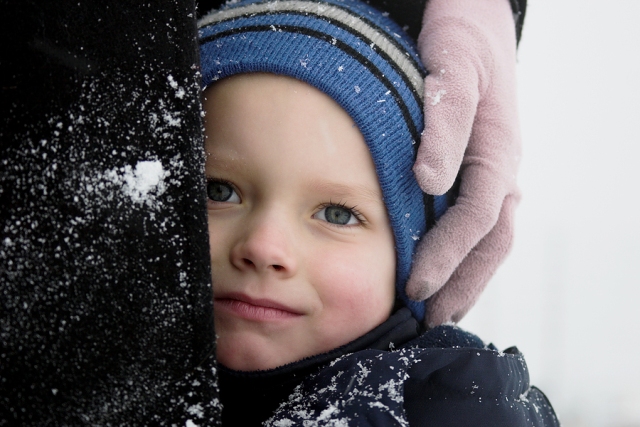 Our own spiritual well-being—our relationship with God—forms the footings on which all our parenting structure rests. Another way to think about this is that God is the rock on Whom we build.

The next step in building our structure is the foundation which supports the entire building while resting on the rock of our Redeemer. I think of the foundation as compassion which is commonly defined as “a feeling of distress and pity for the suffering or misfortune of another, often including the desire to alleviate it” (The Free Dictionary by Farlex online).

We often think we understand the idea of compassion and show it pretty well. After all, we feel bad when our children suffer—especially when they suffer innocently. Yet we generally underestimate all that “compassion” entails.

In the parable of the Good Samaritan, this powerful word was used to describe the Samaritan’s first reaction to the injured person: “When he saw him, he had compassion on him” (Luke 10:33). The Samaritan was unlike the priest and the Levite who ignored the traveler’s injuries and suffering. Even though it would cost him dearly, the Good Samaritan chose to embrace the injured man. He “went to him, and bound up his wounds” (Luke 10:34).

Commenting on this great parable, Brother John Welch discussed the word compassion: “This Greek word is used elsewhere in the New Testament only in sentences that describe God’s or Christ’s emotions of mercy. As is well recognized, ‘outside the original parables of Jesus there is no instance of the word being used of men’” (1999, p. 81). Brother Welch points out that the word is a “distinctive theological marker” pointing us to God’s love or divine compassion.

In other words, compassion is not your run-of-the-mill pity. It is not even human understanding. It is the divine gift of feeling what another person feels even though we do not have their life experience. It is being touched by another person’s infirmity (See Hebrews 4:15-16). It is the willingness to personally sacrifice in order to bring healing to someone we love.

The perfect example of this is Jesus. In Alma 7 we are taught that Jesus not only bore the terrible pain of sin and death—a burden that would destroy any of us—but He went the second mile. He bore our pains, disappointment, and routine infirmities so that He would fully understand every pain we will ever suffer. We can never rightly say to Him that He doesn’t understand us and our pains. He paid a terrible price so that He does understand everything we experience. So, while being profoundly unlike us in His personal sinlessness, He is perfectly like us because He bore our sins and our routine pains.

The Path to Compassion

So we should not be glib about the challenge of showing compassion. We literally are not capable of true compassion unless we have heavenly help. Only when we have the mind and heart of Christ can we truly show compassion.

One of the great ironies of parenting is that compassion may be hardest to show to those whom we know best. Over time we build images and expectations for people we know. We start to think that we understand their motives, preferences, strengths, and weaknesses. But we rarely realize that we see through a glass darkly. We see only a blurry likeness of a person. Our own biases and needs badly block our understanding of that person’s heart.

Let’s test this idea. Did you feel that your parents fully understood and appreciated your heart? Or were misunderstandings and misjudgments the common fare? For some reason we all tend to think that we will do much better than our own parents. That pride—for thus it is—prevents us from seeing even as well as they did. The proper preparation for compassion is humility: the whole-souled recognition that we do not fully comprehend someone else’s life. Only as we stop imposing our meanings on other people’s experiences, we can be open to their meanings. Only as we listen much better than we normally do, can we really hear the cries of another heart. Only as we open our souls to another person can we truly value that person’s life.

I fully believe that we can never really experience full-fledged compassion for another person unless we allow God to open our minds and hearts. This requires great humility and profound faith in Jesus Christ. Compassion is far more than a skill; it is a quality of heart.

Looking into the Face of Compassion

The natural man is an enemy to compassion and everything godly. By “natural man” I don’t mean the rotten, stinking worst of us; I mean the typical person. “Because of the fall our natures have become evil continually” (Ether 3:2). The common parent who runs on autopilot is an enemy to children. One good example of this is an encounter of Anjelica Huston with her father, the famous film director, John Huston.

Once, at the dinner table, the subject of van Gogh came up. I said somewhat flippantly that I didn’t like van Gogh. “You don’t like van Gogh?” he countered. “Then name six of his paintings and tell me why you don’t like them.” I couldn’t, of course. And he said, “Leave the room, and until you know what you’re talking about, don’t come back with your opinions to the dinner table.

John responded to Anjelica’s ill-informed judgment with strong correction—but no compassion. When we correct without “persuasion, by long-suffering, by gentleness and meekness, and by love,” we do not enrich and educate people; we enrage them. The devil laughs and families suffer.

As parents we may vacillate between more and less compassionate ways of relating to our children. Most of us are not unfailingly compassionate. At times we are tender, open and kind. At other times we get irritable, demanding, and closed-minded.

Sometimes we can unwittingly relate to our children the way a basketball commentator relates to players in a broadcast game. From a comfortable press box, the commentator makes a stream of observations. When the commentator thinks a player isn’t performing well or living up to expectations, the observations can include judgments, complaints, accusations and ultimately a negative evaluation of the prospects of a struggling player. He may even make fun of a player who is having a bad day. The commentator makes his calls without considering the well-being of the players. When we are far from the action, we don’t feel the pain, struggle, and earnestness of those in the middle of the game.

Yet, once upon a time, we parents were the players. Our parents and others were the commentators. We did the best we knew how but we struggled with ignorance, lack of strategy, fatigue, lack of teamwork. Sometimes we were also dispirited by the judgments of the people in the press box.

Better a Coach than a Commentator

It may be a lot more compassionate and effective to be a coach than a commentator. Admittedly, some coaches can be harsh and insulting. That is not what I recommend. I recommend a coach who is close enough to the players to see the sweat, sense the struggle, understand the pain; a coach who knows his players strengths and shows them how to use them; the kind of coach who puts his arms around tired players and reminds them why they are there; a coach who provides aid to the weak, holds up the hands that hang down, and strengthens the feeble knees (See D&C 81:5) with compassionate words of encouragement, hope, vision, and love.

The closer we are to the players and the more we humbly remember their struggle, the more we can be helpful to them. A coach cares deeply about the success of his players.

The Human Face of Compassion

Some years ago a Jewish immigrant to America wrote about replacing hardness with softness in parenting. This one-time school teacher turned child psychologist was Haim Ginott and he taught us about compassion in parenting. I recommend that everyone read his still-acclaimed book, Between Parent and Child. (Disclosure: I helped revise his great book.) I adapt this story from Haim:

When Ashley, age fourteen, criticized modern painting, mother did not dispute her opinion. Nor did she condemn her taste.

Ashley: Imagine that. All my life I liked representational art and didn’t know it.

Contrast this gentle approach with the one described earlier in which John Huston reacted to Anjelica’s statement. Huston’s response attempted to humiliate; Ashley’s mom set out to educate. That is the difference that compassion makes.

As the beginning of this article suggests, compassion rests on our relationship with God. When we are close to God and filled with His spirit, compassion comes naturally. Unfortunately this is not a very stable state. We may start the day feeling grounded in God, but the barrage of life events conspire to undermine serenity. Still, the more profoundly and regularly we connect with God, the more effortlessly we will show compassion.

The nearer we get to our heavenly Father, the more we are disposed to look with compassion on perishing souls; we feel that we want to take them upon our shoulders, and cast their sins behind our backs. My talk is intended for all this society; if you would have God have mercy on you, have mercy on one another. (Teachings of the Prophet Joseph Smith, p.241)

In the next article, I will discuss four kinds of understanding that are vital for cultivating the kind of parental compassion that helps children become balanced adults. I will suggest things each of us can do and ways we can think that make a positive difference.

Thanks to Barbara Keil for her helpful insights on this article. 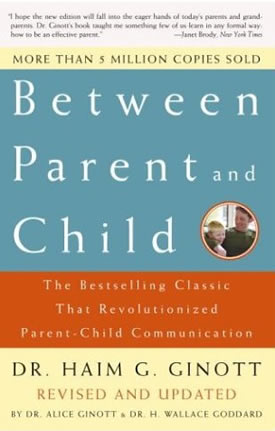 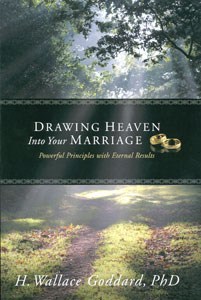 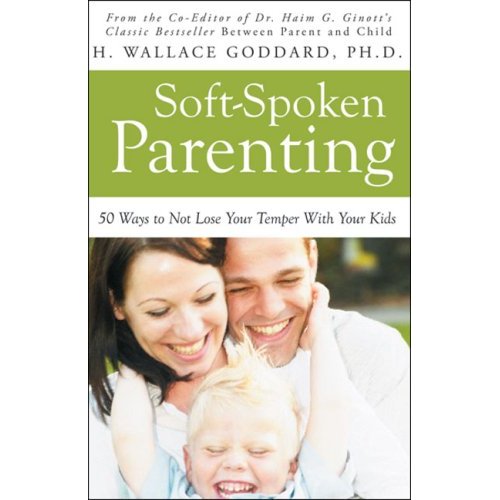 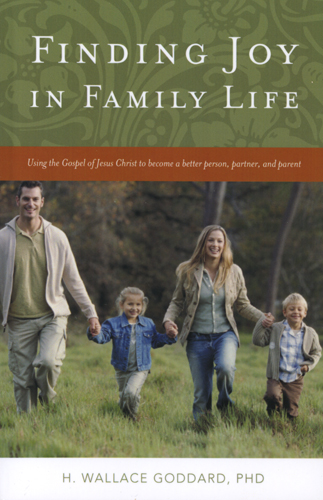