Missionary: Why I Was Assigned to Virginia

President Albright who is the president of the Washington D.C. South mission recently shared this letter from a sister missionary with Meridian. 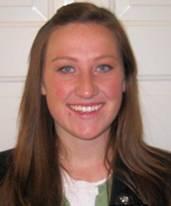 This past week Arfan Newton, 28, was confirmed a member of the Church in the Kingstowne ward. Arfan was the only nonmember in his family. The rest of his family had moved from Pakistan to Virginia three years ago, where they found the Church and were all baptized in the Springfield Ward.  However, Arfan stayed behind in Pakistan to continue with his schooling and then joined the family here in Northern Virginia this fall. Arif Newton, Arfan’s father, knew that his son would soon be joining the family in America and so he began praying that somehow his son could learn and accept the gospel. Arfan speaks some English but is far more fluent in Urdu.

The Lord orchestrated the perfect timing for prayers to be answered! In the same month that Arfan moved to Virginia, Sister Aneeqa Samuel, a Salt Lake Temple Square sister missionary arrived for her temporary field assignment in the Washington DC South Mission. She is a native of Pakistan and speaks several languages, including Urdu, Hindi, Punjabi and English. She wondered why she had been assigned here and what difference she could make in just a few short weeks since she was just learning English.   We assured Sister Samuel that she would shortly discover why she was here and started to pray and search for someone to teach.

Soon we were introduced to the Newton family and Sister Samuel immediately commenced teaching Arfan in his native language of Urdu. It was amazing to be welcomed into the Newton family and enjoy the Pakistani culture. What a perfect match of missionary and investigator! Having the lessons taught in his mother language helped Arfan to quickly feel the Spirit and accept our invitation to be baptized. The whole family was so excited to see their family united in the LDS faith.  What a wonderful miracle to have Sister Samuel assigned here for several weeks precisely when Arfan needed to be taught the gospel in his native Urdu!  Sister Samuel soon realized why she had been assigned here by the Brethren and has since returned to Temple Square!