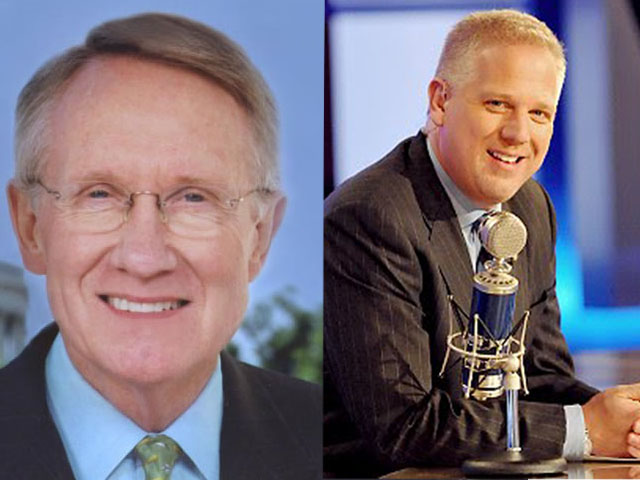 Normally, the argumentation device in the teaser runs something like this, to borrow a comparison that has popped up again:

You show me a state that can elect both Ronald Reagan and Jerry Brown as governors, and I’ll show you a state with a serious identity crisis.

The Church, of course, does not have an identity crisis, so the punch line in our case is more introspective:

You show me a church that has both Glenn Beck and Harry Reid as active members and I’ll show you a big tent religion that … is destined to come out of obscurity.

How can that be?  After all, the Church is not unique in having various cultures, ideologies, and partisanship under one umbrella, and there are many organizations that will never be noticed, no matter the polarization among their members.

I submit it’s because we are members in more than names on a roll, in more than dabbling now and then with some common interest.

It has to do with the perspective we gain at the temple.

Both Brother Beck and Brother Reid faithfully attend the temple, I am told, and are just two examples of a special kind of glue – temple worship – that binds people of contrasting political viewpoints together because it has the power to bind generations together.

A Church that can foster such commitment from those holding intensely opposite political positions will not long remain hidden to the world.

When I served as bishop, a good friend once complained about a testimony – better said, a political-mony – that a sister had given in sacrament meeting that morning, which led to a discussion of politics in the Church.  I suggested that if he and I – being of different political parties – were to list our personal values side by side, that we would discover not a dime’s worth of difference.  He agreed.  Our only difference, I continued, was that he has chosen one vehicle to effectuate them and I another – like getting on two buses, each of which promised to take us from Orange County to Los Angeles.

We both want to arrive at the same destination.  The problem comes if one of the buses veers toward Barstow.

The Church in New Testament times had the same problems.  Jewish, Greek, Roman and miscellaneous pagan converts brought their own desired vehicles – political, cultural and religious – with them, a practice that years later tubed the Church, but for a few decades was held in check by such preaching as Paul’s epistle to the Ephesians:

“Now therefore ye are no more strangers and foreigners, but fellowcitizens with the saints, and of the household of God.”[i]

“Till we all come in the unity of the faith, and of the knowledge of the Son of God, unto a perfect man, unto the measure of the stature of the fullness of Christ.”[ii]

In other words, Paul said, put aside your past, your ideologies, your pet projects and be enveloped in the broad, eternal warmth of Christ’s gospel.

We are told in today’s scriptures, that many from among “all sects, parties, and denominations”[iii] are seeking the truth, and it is to be expected that vestiges of previous associations will continue for a while until they fade in importance against the great truths of the temple.

But until that happens, active members will on occasion find themselves in a vehicle crisis – what earthly vehicles, if any, will we ride to reach our goals?

Back to Harry and Glenn.

Past experiences have shaped their views and motivations:

Reid:  a hard-scrabble life in the Nevada desert with few modern conveniences led to a burning ambition and a desire to help the underdog.

Beck: a youth spent tinkering with addictions, a failed marriage, and then came guiding principles from a Mormon friend that turned his life around.

Judging from what I’ve heard about them, I believe both men will remain true to gospel principles and their mutual goal of returning to the Father’s presence.  And I would not be surprised to see them arm in arm at that great future priesthood meeting at Adam-ondi-Ahman.

But before that happens, one will find out he’s been riding the wrong bus.