Overcoming Entitlement by Giving Children Real Ownership of Their Money, Their Things, Their Choices and Their Goals « Meridian Magazine

Overcoming Entitlement by Giving Children Real Ownership of Their Money, Their Things, Their Choices and Their Goals 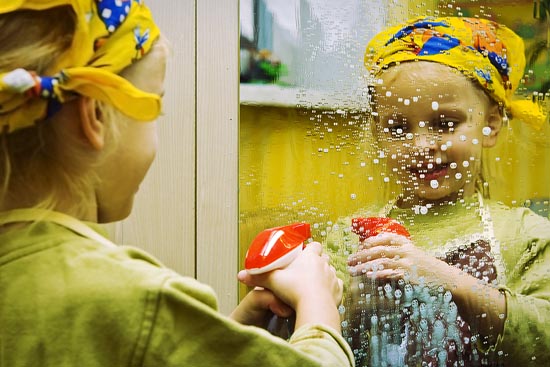 “Chosen and earned ownership” is the antidote to entitlement.  When one chooses to earn and own something, it can bring a kind of pride, independence and initiative that overcomes the laziness and boredom of entitlement. To rescue our children from entitlement we must give them opportunities for true ownership.

Last weekend we discussed the profound problem of indulgence and laziness among our children.  We called it entitlement. Click here to read that article.

Predictably, the question that came in over and over from readers like you was, “What do I do about it?  How do I overcome my children’s sense of entitlement?”

Once we think about it a little, we all know that giving responsibility is the answer.  Another name for entitlement is irresponsibility.  But responsibility is a tricky thing to give (partly just because it is so much easier to just do things ourselves) and when we do try to give it, we find that it is not perceived or believed by the children we are trying to give it to.

It’s hard to just hand over responsibility.  Most parents try it by saying something like this to their child: “I’m giving you responsibility!  So now you’ve got to start taking care of all your own stuff!”

And then nothing happens.  Absolutely nothing changes.

Well, take a moment and study that italicized quote above. There is one key word in it that we need to focus on.  It is a little word.  It starts with “O” and it is the key to more than you can imagine.  The word is own, and the fact is that we do not feel responsible for things until we perceive ownership of them.

The Magic of Ownership

So the real answer, the practical answer, the do-able answer is to give our children real ownership of their things.  We must find a way to replace entitlement with a sense of chosen and earned ownership.

As parents, our key is to find reliable methods to get our children to feel the kind of ownership — of toys, of money, of goals, of grades, of choices, of their bodies, of their conflicts — that will foster responsibility and displace indulgence-based entitlement. And if possible we must do it while the kids are young, before the exponential consequences of entitlement trap them for good in their teenage and adult years.

Ownership is the lever that can spring kids out of the entitlement trap and motivate them to work for and earn what they want, to take care of things, to fight through difficulty, to face up to their own problems, and to decide for themselves what they want from life.

Ownership is the lever that can spring kids out of the entitlement trap and motivate them to work for and earn what they want, to take care of things, to fight through difficulty, to face up to their own problems, and to decide for themselves what they want from life.

The ownership we are speaking of is chosen, earned ownership — something a child decides on and works for and takes pride in.  This is completely the opposite of the false ownership of taking whatever someone will give you, of constantly wanting more stuff, more privilege, and more latitude to do whatever you want.

We have all had experiences that illustrate how differently people feel about things they own versus things they are “just using.”

There was an apartment building we used to drive by in our neighborhood, and one year the owner decided to convert it to condominiums and sell the units to the renters.  We watched the conversion, and it was transformational.  The occupants did not change.  The same people just bought the units they had rented. Yet within days, the look of the building improved.  Suddenly everything was cleaner, there were planter boxes and flowers on the balconies, the windows were washed, there was fresh paint everywhere.

We made the simple observation that people only feel responsible for what they own!

Then we started to see both positive and negative examples of the ownership-connection-to-responsibility/motivation everywhere:

Adopting the ownership paradigm and method causes us to change our basic answers to most all of the basic questions about parenting:

Not because their irresponsibility might inconvenience us, but because in this new world of debt and instant gratification, learning the independence, consequences, and discipline that comes from ownership will literally save them from ruin.

Not the teachers and coaches and tutors, but the parents.  Get the help you can, but never forget that the buck stops with you.

Not in the school or on the playground, but in a home that consciously teaches character and choice-making and money management and all the other lessons that go with ownership.  The home and the “family economy” becomes a microcosm and the “case study” of the real world they will soon enter

Get started on the ownership path by doing three things:

Can they decide now if they are going to college?  If they will ever do drugs?  If they will ride in a car with a driver who has been drinking? If they will get married and stay committed when they find the right person? Give them little “case studies” on each decision and see if they have truly “decided in advance.”  Having early ownership of key decisions will save them (and you) from a lot of grief.

An Invitation to You

We are just finishing our new book The Entitlement Trap — How to Rescue Your Child with a New Family System of Choosing, Earning, and Owning.  It will be published by Penguin next fall.  If you would like to reserve an advance copy, simply send us a email to [email protected] and we will be sure you get an early, just-off-the-press copy.