Eclipse: Blending All Our Favorite Formulas Save One | Meridian Magazine

Eclipse: Blending All Our Favorite Formulas Save One

While my teenage daughter was away at girls’ camp I sneaked into Eclipse to screen the movie for her.  I brought along two of my best friends, the first has a master’s degree in literary analysis.  From her I heard a running diatribe throughout the movie that I hoped the fans behind us couldn’t hear, or they would have poured their Cokes down our backs.  I fondly refer to this friend as Team Drivel.

My other friend is a pop culture expert with all the money and the inclination to buy everything that is wildly popular at the moment.  She swooned along with the audience at all the right places and clutched her hands to her heart right along with every teenager in the theater.  I call her Team Dreamy.

Team Drivel was highly offended by the banal subject matter of the movie.  “This story has been told a hundred ways,” she disdained.  “Bella wants every hot guy to be madly in love her, to risk his life for her, to fight a duel over her.”

I admit, the story reminded me a lot of Lancelot and King Arthur who are both in love with Guinevere, while Guinevere loves them both and refuses to give up either one of them.  Likewise, it copies the legend of Tristan and Isolde, wherein Isolde loves Tristan, yet marries Tristan’s most trusted comrade, the king, and then merely continues having an affair with Tristan.  Hmmm love triangles… definitely been done before.

“Not only does she want two men fighting over her,” Team Drivel continued, “She wants an entire army assembled in her defense.  Sounds like a typical adolescent thinking they are the center of the universe.”

Okay.  That idea isn’t new either.  Sounds like Helen of Troy who abandons her husband, who in response assembles an entire armada to demand her return.  Similarly, King David’s son Absalom murders Amnon for raping his sister Tamar, which eventually leads to his banishment from the kingdom, his stealing away a portion of the kingdom and his declaring war on his father.  A woman could feel quite honored if men, many men, were willing to risk their lives for her.  It happens all the time in literature.

So the plot isn’t very original, I acknowledged–how about the characters?  Team Drivel reminded me that anyone who has read the brilliant book, Special Topics in Calamity Physics, will recognize that the Cullens are personality clones of the “bluebloods.”

What about the idea of special powers?  Isn’t that new and different, I asked?  “Oh please, Jeanette,” Team Drivel condescended.  “Have you never heard of the X-men, or Spidermen, or Supermen or any number of superheros?”  Oh, yea.  Superheros.  Common as table salt.  “Stephanie Myers writes formula fiction,” Team Drivel maintained.  It’s all been done before.”

Team Dreamy piped up in Meyers’ defense.  “What about skin that shines in the sun?  That’s creative wouldn’t you say? or humans with extreme temperatures.  Who ever heard of a 107 degree human blanket?  What about Imprinting?  We can imagine feeling two people were ‘destined’ to be together, but to have no choice in the matter?  Or newborns with strength greater than they’ll ever have again?  Doesn’t strength usually grow with time, rather than diminish?”

To say nothing of vegetarian vampires, I thought.  Vampires who have enough self-restraint that they don’t suck blood–you have to admit that’s pretty imaginative.  Almost as imaginative as two teenagers who are madly in love and still don’t have sex. In fact, this very unexpected, and highly unique twist is precisely what drew so much attention to the Twilight books in the first place.

Personally, team, I think the novelty of self-restraint is the most defensible element of Myers’ series, even if the rest of it is nothing but a regurgitation.  These days, Myers has communicated an utterly unique moral message–it’s possible to be in love and not consummate that love prior to marriage. 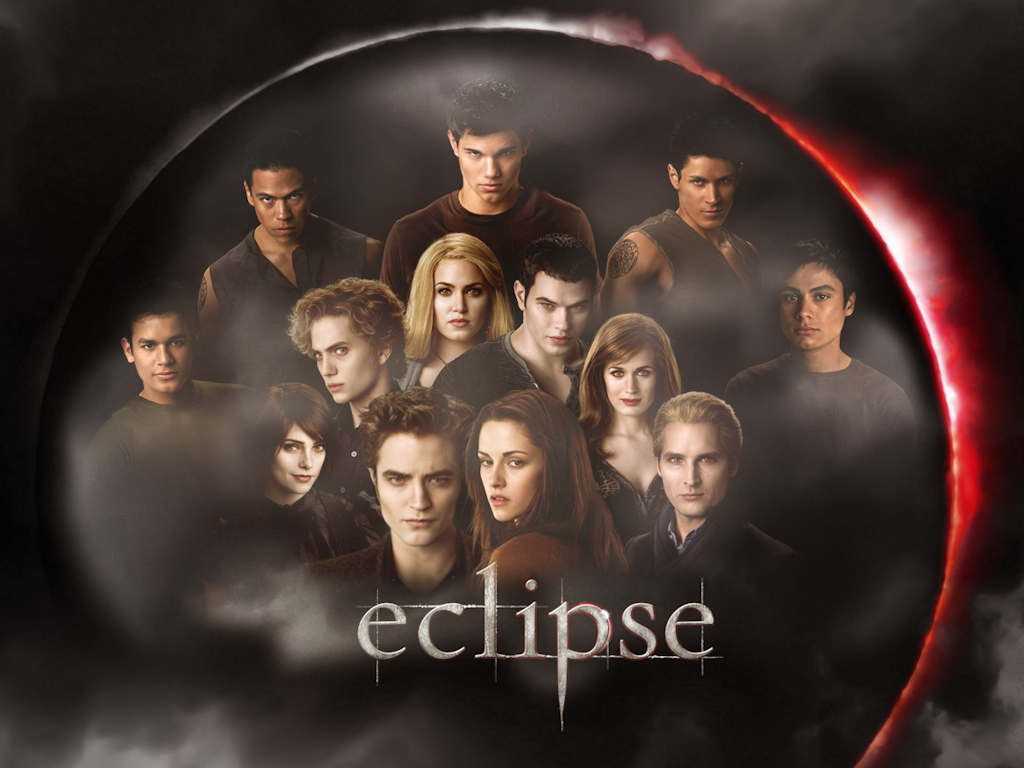 Unfortunately, in the movie, Eclipse, this truly unique message becomes, itself, eclipsed.  While justifying his decision to wait until marriage to have sex, Edward excuses himself for being old-fashioned.  He blames the “time he came from” where courtship was the norm, as was asking permission of the father.  He justifies his decision because he’s from a conservative time period.  In another scene he begs out of the situation by claiming it’s too dangerous, that he doesn’t want to “hurt” Bella.

The more powerful reason for his restraint is easily (deliberately?) buried in the movie version of this story.

A very meager, highly understated line, “I’ve broken so many rules, I don’t want to break this one” is conspicuously muted.

The movie made it seem like Edward was torn between Old Fashioned values and Modern Values.  In fairness to the author’s intent, he was clearly choosing between man’s values and God’s values.  How sad that the truly unique, the most non-formulaic aspect of Meyer’s entire series was so subtly eclipsed on the big screen.

My daughter returned from camp and asked if she could see the movie.  I told her what I had observed.  “How can they do that?”  she demanded.  “Is that allowed?”  Apparently it is.  “Well, that’s totally lame,” she said, as she picked up her I-phone and began to warn her friends.