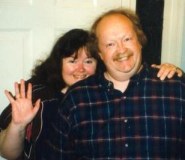 As we share our ideas with people from far-flung areas, we focus on our similarities rather than our differences. We reach a common ground. Participation in computer discussion groups is one simple and effective way for us to move toward the eventual goal of becoming a global community of Saints.

As the Church steps into the 21st Century, we are led by a prophet who looks boldly toward the future. He envisions a worldwide church, peopled by members from every corner of the earth. With prophetic sweep, he looks forward to the time when no hamlet will be too obscure to welcome LDS missionaries, and no field in the world will be exempt from the harvest of souls. But all too often, we who have lesser vision can be caught looking fearfully behind us like Lot’s wife, remembering those comfortable days when the body of the Church nestled safely in the haven of the Intermountain West.

It doesn’t take a lot of detective work to find ways that we of lesser vision try to squeeze the body of Saints into our own one-size-fits-all mold. For example, we have observed that some church software that is sent to far-flung areas is designed by people who must assume that all members of a stake live in such a small geographical area that they share the same zip code. Our stake has more zip codes than we can count, and three telephone area codes – and the stake next to us not only has three area codes, but also encompasses three states. Most of the reports produced by this software are of limited value to us, because they fail to indicate the city, state, complete telephone number, or zip code of church members in our area. And we have come to know that the idea that stake computer specialists can regularly inspect every computer in each stake makes more sense in stakes that can be enclosed in sixteen city blocks than those that cover hundreds of miles.

We have come to feel that some people who live in the bosom of the Church may assume that policy changes (even small policy changes) are transferred to the corners of the world by osmosis, and that anyone who is worthy of a temple recommend will immediately change direction and step into line. When we were writing A Convert’s Guide to Mormon Life, one appalled editor wanted to know why in the world we mentioned the “threefold mission of the Church,” when “everyone” knew the concept had been abandoned many years ago. This was news to us, so we did a canvass of local church leaders and found they, too, were unaware of the change. (Our local leaders weren’t the only people who were kept in the dark, however. This summer, several years later, we were rabidly informed by people across America that of course there’s still a threefold mission, and called on the carpet for daring to assert otherwise.)

Don’t Shut Us Out
All these things are minor details, a good chuckle for people in the mission field to note the contrast between the “Utah church” and the church outside the Intermountain West. But it’s not just church members along the Wasatch Front who are guilty of parochialism. When we were writing the Convert’s Guide, Kathy was taken aside by a friend who was born in Puerto Rico. “Please,” she said, “tell Americans that the rest of the world does things differently from how they’re done in the United States. We don’t like all those sweet, sugary foods. We don’t understand having parties where nobody dances. Tell the Americans not to run away from us just because we stand closer together when we speak than they do. There’s more than one way to be a good member of the Church. Don’t shut us out because we’re different.”

Human beings are slow to change. Everyone has a comfort zone, and few people have the vision or the courage to step outside it. But computers are beginning to turn us into a global community despite ourselves. Now that it is just as easy to talk to a church member in Perth, Australia, as it is to talk to one in Nephi, Utah, we as a people have instant access to the views of one another.

Computer Discussions
The same topics that interest Church members offline are likely to interest them in computer discussions. People who communicate with other Saints via computer forums, where guidelines for communications are safe and clear, are always ready to jump into a discussion about the particulars of the Word of Wisdom, but the opportunities for conversation don’t stop there. Recent topics in the nauvoo.com discussion area have included childless marriages, the Supreme Court’s ruling on school prayer, the purpose of animals, and whether the magic found in the Harry Potter books is detrimental to children.

Reasons for online forum
People who aren’t wired may wonder why their fellow Saints would be interested in communicating online rather than placing a telephone call to a friend in the ward. They may wonder if such conversations are safe or uplifting or intellectually stimulating. Actually, there are excellent reasons why an online discussion is just as good as one offline – and in some cases better. Here’s a list that may convince you to give LDS discussion areas a try:

. 24-hour accessibility. You can’t call your best friend to chat if a great idea occurs to you at three o’clock in the morning, but you can post your idea online. People who communicate through computer forums can share their ideas whenever they have a free moment, without having to worry about scheduling a convenient time with others.

. No boredom. Forum activity makes good use of your time because you only participate in the discussions that interest you.

. A wider pool of resources. There’s only one gospel doctrine teacher per ward, but a computer discussion group may have a dozen gospel doctrine teachers sharing ideas and coming up with interesting points to present in their lessons. Online forums are great resources for Young Women leaders, home schoolers, ward welfare leaders, and others who may benefit from the sharing of information.

. A wider perspective. Human beings tend to live in neighborhoods of people who share their economic, educational and ethnic backgrounds. Because wards have geographical boundaries, some congregations are pretty homogenous. But discussion groups attract people from all over the world. “Russell” could be from Phoenix or South Africa or Scotland; “Jettboy” could hail from any country on the planet. Bulletin board activity gives everyone an equal voice, and it gives us the chance to be influenced by the opinions of people who aren’t like ourselves.

. An opportunity to find kindred spirits. There may be no fifty-year-old childless married women in your ward except you, but it’s likely you’ll find people just like you if you participate in an online forum. Even if your interest is as obscure as environmentalism and the gospel, you may find a whole community of like-minded souls if you broach the subject online.

. A better way to present your ideas. Not all of us are fluent speakers, and not all of us have the courage to join a face-to-face debate. Some people who fall all over their tongues when they try to make a point in Sunday school become eloquent persuaders when they are able to do so via the printed word. Most bulletin board software even allows members to edit their own text if they want to tone down a potentially inflammatory post or spot an error in what they have written. This is a definite advantage over live conversation.

. No stereotypes. People who speak to you face to face are human. As much as they don’t want to judge you because of your appearance or because of the gaffe you made in the ward last week, sometimes they’ll dismiss your words or give extra credence to what you say simply because they’re distracted by the speaker.

When you communicate online, your words are presented without that distraction.

. Anonymity when you need it. Sometimes you may not want people in your ward to know of your struggles. If you tell a friend about your financial troubles, he may think he’s expected to bail you out. If you confess a weakness to a friend, you may regret your words later. But when you communicate via discussion group, you are as anonymous as you want to be. You can seek advice and help and encouragement without having to go to church on Sunday with people who have counseled you during the rest of the week.

Online forums don’t take the place of face-to-face interaction, but they supplement live friendships. And they serve another function: they broaden us. We’ll never be a worldwide church as long as we focus on whether Utah Mormons are better than church members outside Utah, or expect Saints who have never been to the Western Hemisphere to conform to the social culture that we have in American wards. As we share our ideas with people from far-flung areas, we focus on our similarities rather than our differences. We reach a common ground. Participation in computer discussion groups is one simple and effective way for us to move toward the eventual goal of becoming a global community of Saints.