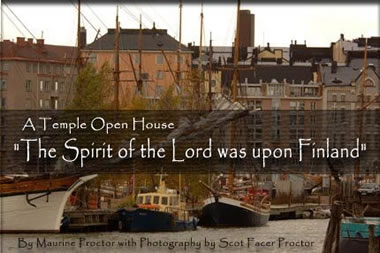 As our plane arrived in the Helsinki, Finland airport, we mentioned to the woman sitting next to us that we were here for a temple dedication. “Yes,” she answered, knowingly. “I read that 55,000 people came to the temple open house.”

We were thunderstruck that she knew that detail about the temple of a religion that had been so obscure in Finland.

“You must have a photographic memory to recall something so specific from a newspaper article,” I said. She answered with a look that said — “Of course not. Everybody in Finland knows that the Helsinki Temple open house has been a smashing success.” 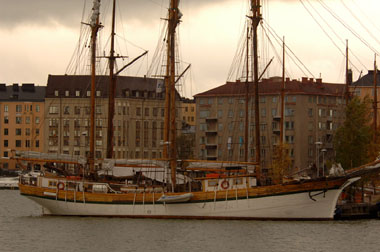 We thought we’d do our own personal survey to see if everybody suddenly had this burst of awareness about the Latter-day Saints. We asked the man at the airport who rented cell phones. “Did you get to go to the temple open house of The Church of Jesus Christ of Latter-day Saints?”

So he knew, too. OK. We tried one more. We asked the woman behind the hotel desk who was checking us in. “Did you get to the temple open house?” She looked blank for just a moment and then said, “Oh, the temple is not far from my home in Espoo.”

A miracle has just happened in Finland. That nearly everybody on the street is suddenly aware of the Church in such a positive light was beyond the wildest dreams of most Finnish members even only a few months ago. 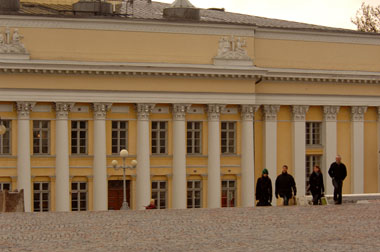 University of Helsinki Library completed in 1840.

As the temple open house approached, scheduled for Sept. 21 to Oct. 7, the planning committee thought they were stretching the boundaries of possibility when they set a goal of 25,000 people coming. In Finland there are 4,500 members, meeting in 30 congregations — and Church growth in the most recent years has relied largely on births, rather than converts who come in at about the speed of a glacier.

President Matti Jouttenus of the Tampere, Finland stake said that last year they had 17 converts in the entire stake that takes in a major swath of southwest Finland. 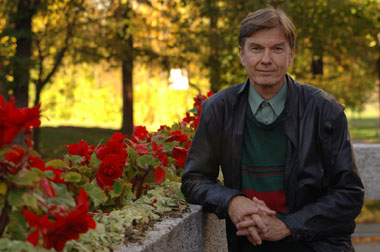 Reasons abound for this reticence. The Finns will explain that has everything to do with their national character. They are a people of integrity. Their country has been rated as the least corrupt and the most democratic in the world. They were the only country to pay off their war debts after World War II, a reflection of their sturdy honesty. They are well educated and technically savvy. Their economy is soaring and person after person we interviewed acknowledged, “We have everything we could want materially.” 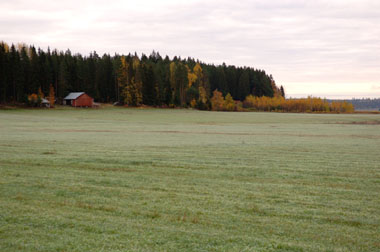 Their country is a stunning northern gem with lakes that make the map look like lace covering 10% of the country. It has coniferous emerald forests splashed with yellow birch this time of year, stretching as far as the eye can see. The rural landscape is a picture of idyllic beauty — red barns and white houses etched against green fields stretching between sparkling, clean cities. Their design of everything from dishes to fabric to furniture is bright, sleek, spare and classic.

Yet, for all this — and this is their own report — they are a shy people, somewhat reserved. One little boy gave us a sober half-smile, when we went to take his picture and his mother laughed, “That is a Finnish smile.” 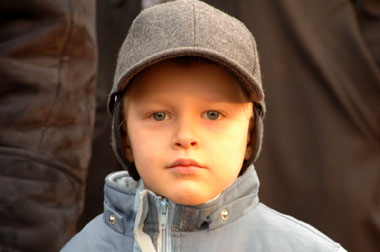 “A Finnish smile,” according to one parent.

This isn’t the case when you know a Finn, and not amidst Church members who have the warmth and light you’d find anywhere in the Church. In fact, what we hear from returned Finnish missionaries is that though Finns are hard to get to know, once they have become your friend, they are a friend for life.

Still, for those knocking on doors seeking converts, the Finnish reserve comes into full play. Tracting is not just an intrusion; it is considered rude. Religion is too personal to talk about. A Finn feels uncomfortable in a discussion about God.

For the new member, visiting and home teaching are something really hard to get used to with great pain. Having someone come to your home that you didn’t invite? Horrors. 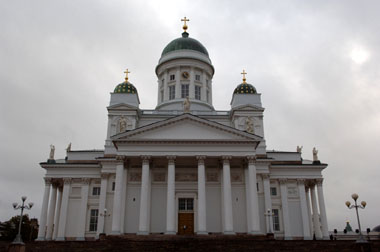 The Lutheran Helsinki Cathedral, completed in 1852, dominates the Senate Square in the heart of Helsinki.

Then add to this some other natural obstacles. Finland has been Lutheran for generations. Though most Finns are no longer church-attending, their heritage and sense of identity is Lutheran. Unless they have a special exemption, everyone pays a tax for the Lutheran church. To turn your back on being a Lutheran is to somehow mar your Finnish heritage and allegiance.

Ironically, while bound in a religious heritage, at the same time Finland has become secular with many of the ills that accompany the abandonment of faith. Marriage is retreating as many co-habitate. Alcoholism is a problem for some. 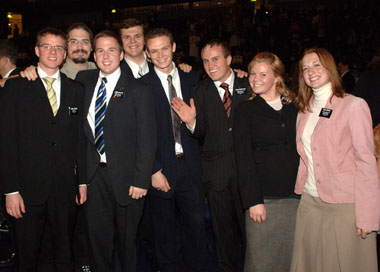 Member mingles with missionaries in Espoo. American missionaries were once thought to be Communist spies in Finland.

Then, in a trend that could be laughable if it didn’t have such serious consequences for driving people from finding the truth, in the early days from 1947 on, the Church was held in some suspicion. Rumors flew about the Church. When Tauno Savolainen first joined the Church in 1949, Mormons were considered Communist spies, the worst possible label in a country that had so freshly been in a war with Russia. By the time his wife, Pirkko Lahti, was a missionary in the 60’s, the rumors flew that missionaries were CIA, American spies.

She remembers saying at the doors she was tracting, “How can I be an American spy? I’m Finnish.”

So in the 59 years that missionaries have been in Finland since its 1947 rededication for preaching, there are only 4,500 members.