Our Last Respects for President Hinckley 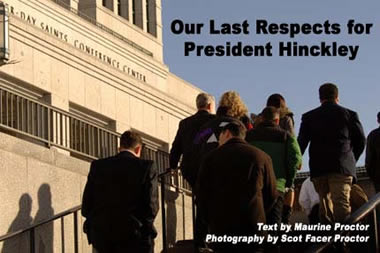 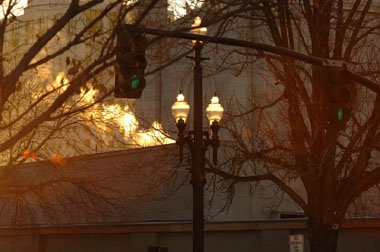 The tens of thousands who would make their way to the Conference Center in the next two days would be bundled up against the chill, their breath hovering before them in clouds, but the weather did not deter them. 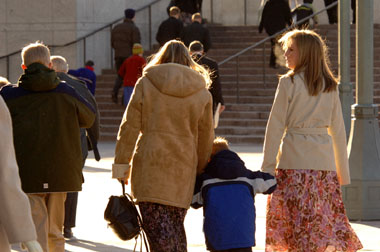 He had never been only their fair-weather friend, and now they came with smiles and moist eyes to bid farewell to the prophet they had loved. 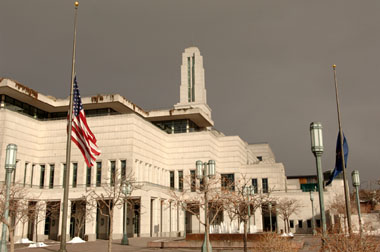 Anticipating the bite in the air, Church officials had moved the viewing to the Conference Center so that should the line grow long, people could wait inside, snaking their way through the auditorium or down the long corridors while waiting their turn to say goodbye. 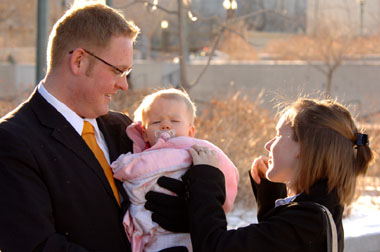 It was somehow fitting that President Hinckley’s viewing be in the Conference Center, which he envisioned, built and dedicated. 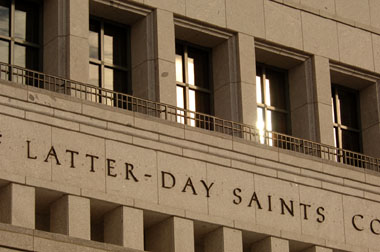 This largest religious auditorium in the world reflects President Hinckley’s innovation and love of beauty, with a rooftop garden that spills over the top, a waterfall that plunges down the side, 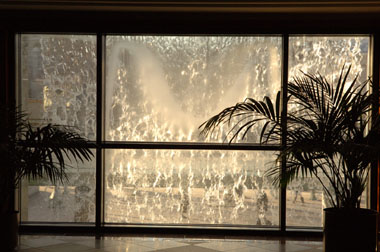 and a dome where light plays and cascades. 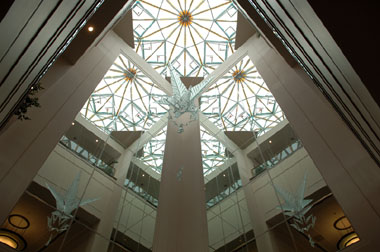 In the manner that the Church always works, every thing was gleaming and orderly.

The day before a crew had descended upon the Hall of the Prophets where President Hinckley would lie in state. 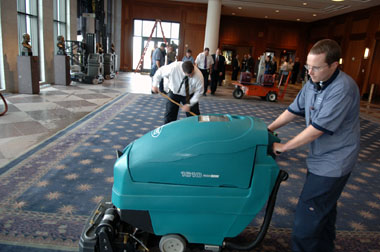 It was a bustling and busyness in preparation.

The carpet was cleaned, brushed and blown dry. 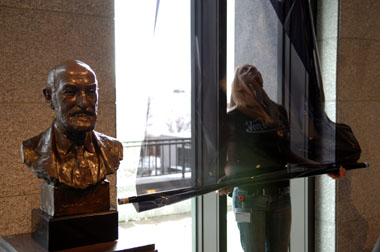 The windows were darkened against the glare.

And just beyond them, directly across the street stood the temple, its spires speaking of heavenly things. 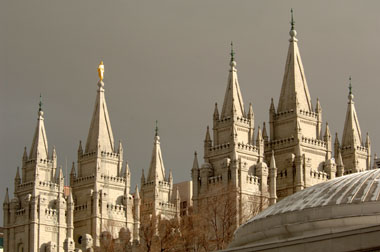