What Was Edited Out of Lucy Mack Smith's Manuscript | Meridian Magazine

What Was Edited Out of Lucy Mack Smith’s Manuscript

Editors’ Note: Today and in the weeks to come Meridian is sharing excerpts from Lucy Mack Smith’s moving and articulate story of her son Joseph. It is a rare thing to have the mother of a great man tell his story so personally, recording details we would otherwise never know, taking us to scenes in his life that give us rare insight into his character. We hope this will enhance your study of the Doctrine & Covenants this year.

In 1995-96, Meridian’s editors, Scot and Maurine Proctor went into the LDS Church archives, pored over Lucy’s original dictation of her story to her scribe Martha Jane Knowlton Coray, and re-edited her book so that it would be closer to her original words. The Proctors also added over 600 footnotes and 100 photographs to enhance the reader’s understanding. The result is The Revised and Enhanced History of Joseph Smith by His Mother.

Previous articles in this series include: 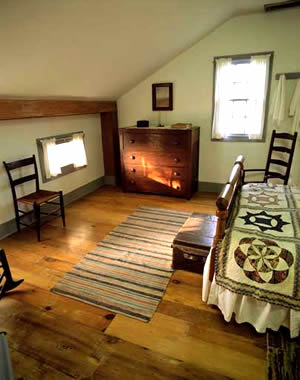 From the time that Martha and Howard Coray first took Lucy’s Preliminary Manuscript and edited it into what became the 1853 edition, the history has been moving farther from Lucy’s own voice. This 1996 edition is an attempt to lessen the distance, while adding photographs, extensive endnotes to provide texture and context, easy chapter headings, appendices and an index for quick reference. In this edition, Lucy’s voice is heard more clearly, her sentiments and perceptions explored more openly than ever before, because the Preliminary Manuscript is the foundation of the text. While the 1853 version was used in this book to supply structure, chapter divisions, and some transitions, as well as to fill in missing gaps not available in the Preliminary Manuscript, the flow of language is essentially Lucy’s own. Sometimes this means very little change from the 1853 edition; sometimes the change is vast.

The 1853 edition often changes her voice, not allowing the full expression of her feelings about matters important to her. For instance, when Lucy was a young married woman searching for the truth, she went to the Presbyterian church and came away disappointed. In the 1853 edition it is recorded:

I heard that a very devout man was to preach the next Sabbath in the Presbyterian Church; I therefore went to meeting, the full expectation of hearing that which my soul desired-the Word of Life. When the minister commenced speaking, I fixed my mind with deep attention upon the spirit and matter of his discourse; but, after hearing him through, I returned home, convinced that he neither understood nor appreciated the subject upon which he spoke, and I said in my heart that there was not then upon earth the religion which I sought.

The Preliminary Manuscript reads with more passion and intimacy:

At last I heard that one noted for his piety would preach the ensuing Sabbath in the Presbyterian church. Thither I went in expectation of obtaining that which alone could satisfy my soul-the bread of eternal life. When the minister commenced, I fixed my mind with breathless attention upon the spirit and matter of the discourse, but all was emptiness, vanity, vexation of spirit, and fell upon my heart like the chill, untimely blast upon the starting ear ripening in the summer sun. It did not fill the aching void within nor satisfy the craving hunger of my soul. I was almost in total despair, and with a grieved and troubled spirit I returned home, saying in my heart, there is not on earth the religion which I seek.

The 1853 edition sometimes ignores emotion as if it were somehow embarrassing, editing out valuable detail about the feelings of the Smith family as they cope with their challenges. In the Preliminary Manuscript Lucy describes the exhaustion and anxiety of her husband when the doctors came to operate on little Joseph, after the boy has suffered weeks of anguish from a pain in his leg. This paragraph is entirely deleted from the 1853 edition:

My husband who was constantly with the child, seemed to contemplate for an instant my countenance; then, turning his eyes upon his boy, at once all his suffering together with my intense anxiety rushed upon his mind. He burst into a flood of tears and sobbed like a child.

Also missing from the 1853 edition is the expression of affection from Joseph Smith Sr. toward his children when they are reunited in Palmyra after some months’ separation. The 1853 edition tells of Lucy and her children arriving in Palmyra with a small portion of our effects, and barely two cents in cash.

When I again met my husband at Palmyra, we were much reduced-not from indolence, but on account of many reverses of fortune, with which our lives had been rather singularly marked.

She gives us a more personal picture in the Preliminary Manuscript:

I then proceeded on my way, and in a short time I arrived in Palmyra with a small portion of my affects, my babes, and two cents in money, but perfectly happy in the society of my family. The joy I felt in throwing myself and my children upon the care and affection of a tender husband and father doubly paid me for all I had suffered. The children surrounded their father, clinging to his neck, covering his face with tears and kisses that were heartily reciprocated by him. We all now sat down and maturely counseled together as to what course it was best to take, and how we should proceed to business in our then destitute circumstances.

In the Preliminary Manuscript Lucy periodically stops her narrative to give us a soliloquy. For the most part these were deleted, shortened or severely edited for the 1853 edition until her voice in these is sometimes hardly recognizable. For example, one night during the printing of the Book of Mormon, Lucy hid the manuscript in a chest under the bed to keep it from the clutches of conspiring men who had determined to steal and destroy it. Lying there upon the record, the important scenes of Lucy’s life began to play before her eyes. Cut from the 1853 edition is this insight into Lucy’s spirituality:

At last, as if led by an invisible spirit, I came to the time [in my memory] when the messenger from Waterloo informed me that the translation was actually completed. My soul swelled with a joy that could scarcely be heightened, except by the reflection that the record which had cost so much labor, suffering, and anxiety was now, in reality, lying beneath my own head-that this identical work had not only been the object which we as a family had pursued so eagerly, but that prophets of ancient days, angels, and even the great God had had his eye upon it. “And,” said I to myself, “shall I fear what man can do? Will not the angels watch over the precious relic of the worthy dead and the hope of the living? And am I indeed the mother of a prophet of the God of heaven, the honored instrument in performing so great a work?” I felt that I was in the purview of angels, and my heart bounded at the thought of the great condescension of the Almighty.

Thus I spent the night surrounded by enemies and yet in an ecstasy of happiness.

Finally, the 1853 edition occasionally deletes an incident or description that completes the picture Lucy is painting. For instance, Lucy tells of the pitiful conditions of the refugees who fled to Far West when the militia had driven them from their homes in outlying areas. In the 1853 edition she says:

It was enough to make the heart ache to see the children, sick with colds, and crying around their mothers for food, whilst their parents were destitute of the means of making them comfortable.

This is a poignant scene by itself, but the Preliminary Manuscript adds a heartrending note.

It was enough to make the heart ache to see children in the open sun and wind, sick with colds and very hungry, crying around their mothers for food and their parents destitute of the means of making them comfortable, while their houses, which lay a short distance from the city, were pillaged of everything, their fields thrown open for the horses belonging to the mob to lay waste and destroy, and their fat cattle shot down and turning to carrion before their eyes, while a strong guard, which was set over us for the purpose, prevented us from making use of a particle of the stock that was killed on every side of us.

Thus, using the Preliminary Manuscript as the major source of text, this edition gives us a fresher, keener view of Lucy and her response to the momentous events of the Restoration. At the same time, using the structure and chronology of the 1853 edition allows the history to transcend the limitations of an occasionally confusing, occasionally spotty oral history (as oral histories tend to be). Where Lucy is incorrect in dates or names, corrections have been made in the text and the changes often footnoted. No attempt has been made to restate her sentences in more polished prose or improve her vocabulary. She stands well on her own and thus the edits are light. Where transitions or explanations are necessary and not available in the Preliminary Manuscript, the 1853 text has been used. However, to save the text from becoming tedious, every shift between the Preliminary Manuscript and the 1853 edition has not been noted. The motivation was to find Lucy buried in the material, be true to her voice, and at the same time create a book that was accessible and inviting to a wide audience.