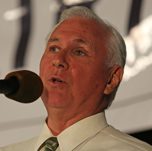 Does “And it came to pass” Come to Pass Too Often? 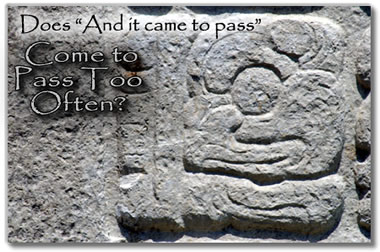 By Brant A. Gardner

The celebrated humorist Mark Twain gave his opinion about the role of the phrase “and it came to pass” in the Book of Mormon:

The author labored to give his words and phrases the quaint, old-fashioned sound and structure of our King James’s translation of the Scriptures. . . Whenever he found his speech growing too modern–which was about every sentence or two–he ladled in a few such Scriptural phrases as “exceeding sore,” “and it came to pass,” etc., and made things satisfactory again. “And it came to pass” was his pet. If he had left that out, his Bible would have been only a pamphlet. [1]

While it might not have been the pamphlet Twain suggests, it is obvious to any reader that “and it came to pass” recurs frequently, a total of 999 times in the Book of Mormon. Although the phrase appears in both the Old and New Testaments, it is unquestionably most frequent in the Book of Mormon. In the scriptural texts, the next highest number is in the Old Testament, with 334 occurrences. [2] Is there a legitimate reason this phrase is repeated so many times?

When Orson Pratt restructured our Book of Mormon in 1879, he added verses where the original had paragraphs like any other book. He also recut the chapters, typically breaking them up into smaller sets. The result is our current chapter and verse arrangement that makes the Book of Mormon appear much more similar to the way we are used to seeing the Bible, and makes it much easier to find specific verses. Unfortunately, the process also covered up certain structural arrangements in the text. It doesn’t take long looking through a facsimile of the 1830 edition of the Book of Mormon [3] to see that “and it came to pass” appears to be even more prevalent in that edition that it does in the modern version. [4] We see “and it came to pass” (or a variant) at the beginning of 37 out of the 49 paragraphs in the 1830 edition’s chapter 1 of 1 Nephi (comprising chapters 1-5 in our current edition). No wonder Mark Twain noticed it. However, the reason that it so frequently appears at the beginning of paragraphs is the very reason it exists at all.

Neither the original manuscript, nor the printer’s manuscript (the copy made to give to the printer) had any punctuation. There were no paragraphs. There were no sentences. All of those important aspects of a modern text were added by John H. Gilbert, the compositor. [5] How did Mr. Gilbert decide where to create a paragraph? It is obvious that he used “and it came to pass” as a clue to the beginning of a new paragraph. It is less obvious that he recognized that the phrase began a new paragraph because that was the function it performed.

Sonia Jaffe Robbins, a professor at the New York University, gives a brief history of punctuation:

The earliest writing had no punctuation, in fact, often had no space between words, until around the 9th century A.D. Some Roman monuments might have centered dots between words. . . .

Ancient Greek manuscripts separated units of text by a horizontal line called a paragraphos, so those units came to be called “paragraphs.” The policy of indenting the beginning of paragraphs was standard by the 17th century; the Greeks sometimes began pararaphs with an outdent, sometimes called a hanging indent. . . .

All forms of punctuation became standardized with printing, but early punctuation was more related to speaking than to reading. Rhetoric, as the study of speech, needed marks to indicate when the speaker should pause to give emphasis, and that was what early punctuation was based on, rather than being related to the logical structure of written sentences. In elementary school, we still often learn how punctuation is used by thinking of how a sentence is spoken (thus, the injunction to use a comma when you pause). After the invention of printing, grammarians developed a theory of punctuation related to structure rather than sound. [6]

Punctuation is a problem for written texts, not oral speech. Oral discourse uses pauses, tone, and pacing to separate our concepts. Written texts cannot use those means, and therefore must invent some other means of performing the same function. That function is where we see “and it came to pass.” It performs the same function as indenting the first sentence of a paragraph. It is a structural marker that tells the reader to begin a new section. It appears at the beginning of so many paragraphs in the Book of Mormon because it did its job well enough that Mr. Gilbert saw and recognized the shift in paragraphs when he came to that passage.

Although “and it came to pass” is the most well-known phrase in the Book of Mormon, it is not the only structural marker for paragraphs. It has a companion in the phrase “and now” (with variants). “And it came to pass” is a conjunctive phrase used when the text is explicitly describing past events. It is frequently followed by a time phrase. [7] The phrase “and now” moves the narrative in the textual present. Both phrases perform the function of marking paragraphs, but they mark different types of paragraphs, depending upon the verbal sense of time.

While it is possible that Joseph Smith invented these two structural markers to substitute for his missing punctuation, it would be rather unusual in a world that was well accustomed to punctuation in written texts. It is much more likely that we see in those phrases remnants of the verbal markers used by the plate text to mark the divisions that we now mark with punctuation.

This proposed system of verbal markers as punctuation has a historical precedent in the New World. The recent translation of Maya glyphic writing provides corroboration of a very similar paired set of verbal markers. Maya texts use these two verbs to create sense on their written monuments. As described in the glyph dictionary put together by Michael D. Coe and Mark Van Stone, we have direct parallels to the Book of Mormon’s  “and now” (or “and thus”) and “and it came to pass”:

The Maya texts use these verbs to indicate the flow of action. The glyph reading “it happens” corresponds in function to “and now/thus” in the Book of Mormon text, with “it happened” being the functional equivalent of “and it came to pass.” Of course, this is not to suggest that the plates were written in Maya glyphs. It suggests, however, that there is a structural function that was filled by these glyphs in Maya texts, and by the two  phrases in the translation of the plates. What it tells us is that the plate text from which the Book of Mormon was translated followed the conventions of ancient documents prior to the invention of punctuation. It fulfilled the function of punctuation through verbal markers rather than symbols such as dots or indentations.

[2] These are the numbers produced by the phrase search of  LDS Collector’s Library ’97, Infobases (1997).  Joseph L. Allen, Exploring the Lands of the Book of Mormon (Orem, UT: SA Publishers, 1989):31-32, gives the numbers as 1,381 times in the Book of Mormon and 526 in the Old Testament. The reason for the discrepancy is not known, though perhaps Allen is giving a hand-count that includes variations computer searches do not recognize.

[3] A facsimile edition is published by Heritage House.

[4] Over time, some of the “and it came to pass” phrases have been removed from our modern text. 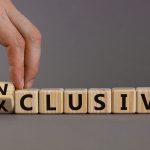 Is the Restored Gospel Inclusive or Exclusive? 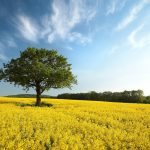 Come, Follow Me for Sunday School: “By Faith All Things Are Fulfilled”, Ether 12-15 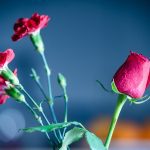 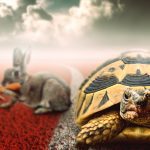 The Tortoise Mindset and Clearing Your Life of Clutter

A Difference in Age 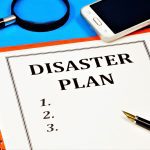 Preparing Your Family for Disaster: Not Making a Choice – is a Choice