The Christmas Tree and the Tree of Life | Meridian Magazine 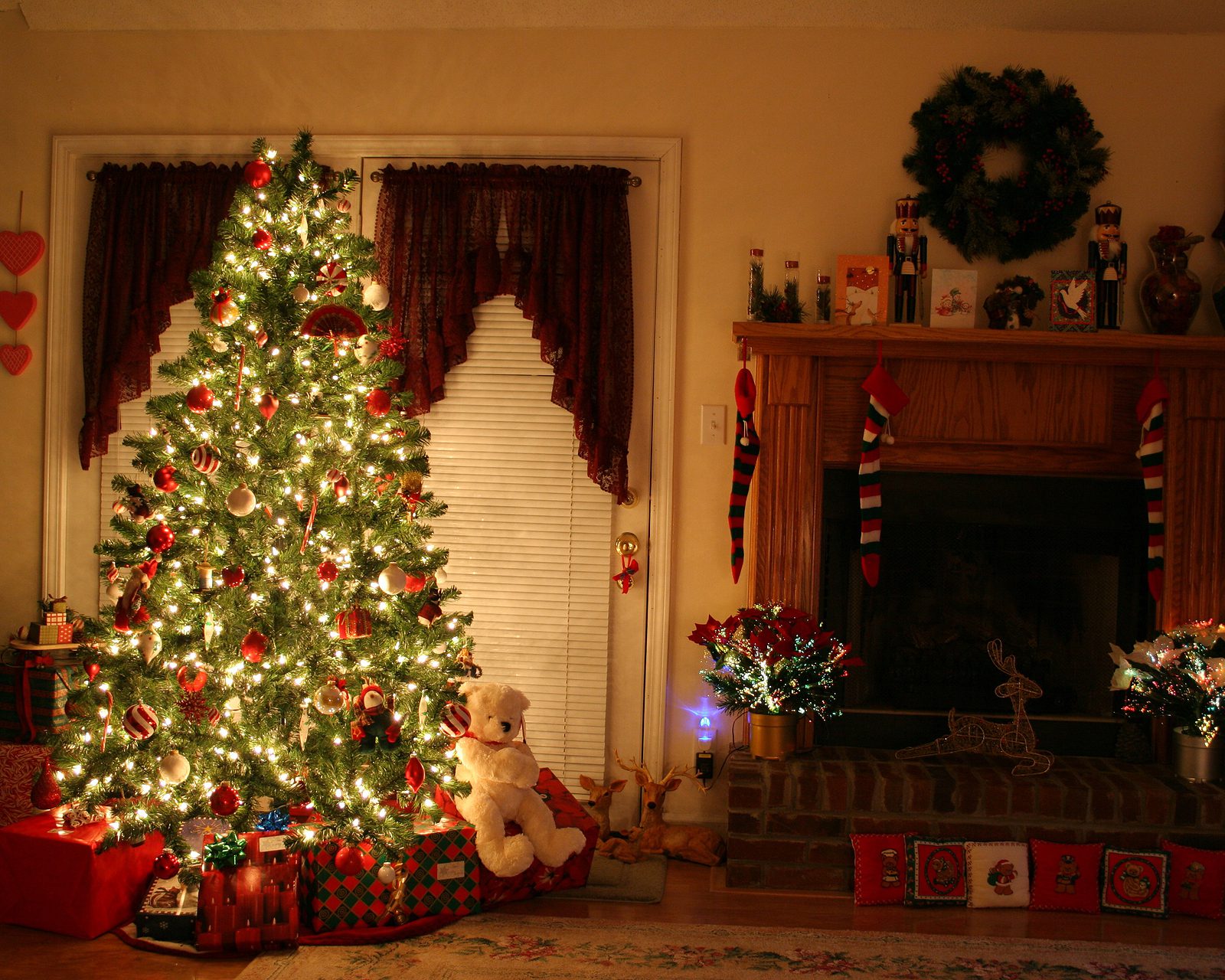 The Christmas Tree and the Tree of Life

Meridian contributor V. Garth Norman passed away just recently. We are republishing this article of his as a tribute to his passion for his work and his great contributions.

On Christmas Eve our family gathers around the Christmas tree, which for us represents the Tree of Life in remembrance of our Savior Jesus Christ.

The evergreen is the traditional Christmas tree.  Its branches and triangular shape point heavenward, and its needles remain “ever green” through the cold winter months to remind us of eternal life symbolized in the Tree of life.

Traditional Christmas tree decorations remind us of the first Christmas.  A star at the top of the tree represents the new star that appeared in heaven on the day that Christ was born.  The angel represents the angel that came to the shepherds to tell them of the Savior’s birth, and to go and worship him, and also represents the angels who rejoiced with singing from the heavens.

Nativity scenes frequently show a pure white little lamb closest to the Christ child to remind us that he is the pure and innocent “lamb of God” who was sent to be sacrificed for the sins of the world in fulfillment of the law of Moses.

The colorful bulbs are fruits of the Tree of Life, and the lights signify the everlasting light of life that comes from the Savior Jesus Christ.  The circle of the evergreen wreath reminds us of eternal life.  The most precious gifts of the earth from the three wise men -gold, frankincense and myrrh – are also remembered in ornaments, in fragrant candles, and herbs.  And we similarly give gifts at Christmas time in remembrance of the first Christmas gifts.

The Tree of Life in heaven described in the Book of Revelation has twelve different kinds of fruit.  This is part of the traditional tree decorations in some parts of Europe, where they hang real fruit on the evergreen tree and eat from it through the holiday season.  Today the fruit has been mostly replaced by colorful round bulbs.  Fruit of the Tree of Life of course represents eternal life as the greatest of God’s gifts to man (1 Nephi 8).  What could be more appropriate on Christmas than to contemplate this wonderful symbol for the Christmas tree?

To our knowledge, the Tree of Life was first depicted in the Tabernacle of Moses in the wilderness (later in the Temple of Solomon), with guardian angels (winged cherubim) on either side of the tree, as a reflection of the Tree of Life in the Garden of Eden.  This art work was repeated around the inner walls of the Tabernacle.

The lamps were kept burning continually to signify the constant light and life of Jehovah that would lead and guide the Children of Israel if they would be obedient to the Gospel.  Similarly, Christmas trees always have their lights.  Before electricity, they were candles, and they are now electric lights in the shape of candles or the candle flame.

Nephi and the Tree of Life

Nephi saw the Tree and marveled at its exceeding beauty and whiteness, but he still did not understand its relationship to the Son of God.  Desiring to know the interpretation of this tree, Nephi was then told to look, and a vision of Jerusalem opened up to him.  He saw the city of Nazareth and an exceedingly fair and beautiful Virgin.

Within this vision another angel descended from heaven to Nephi, and reflecting on this fair virgin asked Nephi if he knew how God bestowed his greatest gift upon man.  Nephi wasn’t sure, but stated that he did know that God loves his children.  The angel then revealed that the virgin is the mother of the Son of God in the flesh.  The scene then changed and Nephi saw the same virgin bearing a child in her arms, which the angel introduced to Nephi as the Lamb of God, yea, even the Son of the Eternal Father!

Now, the angel asked Nephi if he knew the meaning of the Tree of Life which his father (and he) had seen, and Nephi exclaimed, “Yea, it is the love of God, which sheddeth itself abroad in the hearts of the children of men; wherefore, it is the most desirable above all things.”  And the angel added, “Yea, and the most joyous to the soul.”

This was the great joy Lehi experienced when he partook of the fruit of the Tree of Life in vision.  This tree, as a sign of the Son of God, and the way God bestows his greatest gift on mankind was now clear to Nephi.  It was all wrapped up in this infant child.  The Tree as a sign of life was a sign of God’s gift of the Christ child to the world as the ultimate expression of God’s love.  This was the first and greatest Christmas gift.

Truly, the spirit of the love of Christ does spread abroad in the hearts of the children of men throughout the world at Christmas time.

Nephi’s vision of Christ then concluded in witnessing the mission of the Savior.  Many worshiped at his feet; he taught the multitudes; angels descended from heaven to administer to them; he administered to the sick and afflicted, healed them and cast out devils; and finally he was judged of the world and crucified on the cross for the sins of the world.

In that final atoning sacrifice Christ completed his earthly mission and redeemed the world from sin.  Three days later he broke the bands of death by resurrecting that all mankind might resurrect and gain eternal life.

The culmination of Christ’s mission to the world is the ultimate meaning of the Tree of Life (and the Christmas tree) as a representation of eternal life, which is the greatest of all the gifts of God (D&C 13).

God’s greatest and very personal gift to each and every one of us, his “condescension,” was truly the gift of the Christ child.  The greatest Christmas gift that we can give to God in return, is to embrace the Christ child in truth and spirit, just as we embrace all pure and beautiful infants.  And with that embrace let us embrace his gift of salvation totally in our hearts.  Only He is the Tree of Life that bears the fruit of eternal
life.

This is the spiritual feast by which we may freely partake of the fruit of the Tree of Life, and experience the exceedingly great joy that comes from no other source.  May we each find that great joy by feasting
from the fruit of the Tree of Life this Christmas season, and continue to partake throughout the new year as we accept the Lord’s sacrament each Sabbath day.