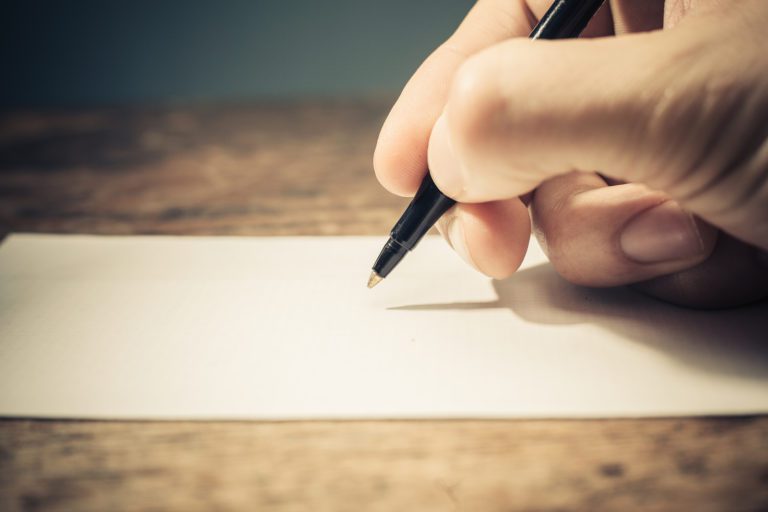 Backstage Graffiti: Writing for Your Health

A Facebook friend of mine posted a link to a blog called Arts.com and the observations of one Rachel Grate. The following was in it:

“In a 2005 study on the emotional and physical health benefits” (the preceding 5 words are blue, they were blue when they arrived here) “of expressive writing, researchers found that just 15 to 20 minutes of writing three to five times over the course of the four-month study was enough to make a difference.

“By writing about traumatic, stressful or emotional events, participants were significantly more likely to have fewer illnesses and be less affected by trauma. Participants ultimately spent less time in the hospital, enjoyed lower blood pressure and had better liver functionality than their counterparts.”

One of the researchers quoted was James W. Pennebaker. I’m going to discount anything he said, because he obviously has a vested interest in people writing, coming, as he appears to do, from a long line of manufacturers of pens (the earliest known pens were baked, as you may know). But I take Sister Grate seriously.

I’ve urged you time and time again (and again, and again) to write things down, and now Experts on the Internet agree with me. The only difference is, they think you should write about “traumatic, stressful, or emotional events” (hereinafter designated as TSEE), whereas I encourage you to write down just about anything that pops into your head. But I’m facing up, here, to the fact that I, as you, need emotional and physical health benefits, of any color. Especially for my liver.

For example, I have this knee that hurts when I move it in certain very specific ways, like frontwards, or backwards, left, right, up, down, or circularly. It also hurts when it’s perfectly stationary. This pain is a consequence of hiking too quickly down out of the Wind River Mountains in Wyoming, where I went for several days with our ward’s scouts a couple of months ago. So I wrote a song about this TSEE…

…and now I’m waiting confidently for my knee to feel better (and, of course, my liver). Emotionally, I already feel better. But it took a lot longer than the 15 to 20 minutes suggested by the blogger. (Maybe I’m off the hook for another year or two.) On the recording to which you just now so dutifully listened, there is a guitarist, a bassist, a drummer (nobody says “drummist”), a harmonica-ist, a washboardist, an organist, a tambourine-ist, a vibra-slappist, a shakerist, a banjoist, a mandolinist, a lead vocalist, and two back-up singists. In order to achieve the maximum emotional and physical health benefits, I did all these things myself. I was the whole bandist. That was fun. And my liver feels phenomenal!

Now I’m going to write about other TSEEs, in acronymic order, which would be Traumatic first. Philosophers have been stumped for ages (aeons, epochs) over why a loving Creator would dream up mosquitoes. I’m going to draw a mosquito, to scale, using only the tools available to me on my keyboard.

(Don’t draw a mosquito in this manner on Facebook, because it will turn your drawing into an expressive yellow face. That mechanism makes me afraid to punctuate there.)

I mean, tiny, delicate dive bombers who drink your blood and leave you swollen and wounded for days. There are about three hundred of these screaming about your face and lapping up your DEET-20 repellent like it was Kool-Aid. (Only DEET-100 really works. Of course, it also melts plastic and bubbles paint.) There are two ways to free yourself from this trauma. In this order,

1. Get the heck out of the Wind River Mountains, and

Tripping along the top of the acronym, we now come to Stressful. My desktop dictionary defines “trauma” as the feeling we get following “stressful,” so, having been there and done that with the mosquitoes, I’m moving right on to Emotional.

The happy thing about Emotional is that the best emotion is “happy.” (This last sentence was a chiasmus, which I’m using more frequently in my column in order to make it more holy and demonstrably true.) Happy is the emotion on which I’d like to focus. Here are excerpts of journal entries from Wyoming:

“Day hike to Enos Lake at 10,460 feet elevation. Breathtaking, a different world. Had to step over snowdrifts to bring wood to the fire where the fish were cooking. I caught a couple of nice ones. Lost four good lures. Two I lent to very young scouts who, within minutes, embedded them in submerged logs. A big trout ran off with the third, and I just cast the fourth one off about a quarter-mile into the lake.

“I watched my son John catch his first fish ever, one of the biggest caught up here, certainly bigger than any I’ve ever caught. I got some pictures. My dad caught on film the first trout I ever reeled in. It was at Moose Lake in the high Sierras, above timberline (Enos Lake is near timberline, with awesome cliffs and knife-like peaks just beyond.)”

(We have three schools within a rifle shot of our house, one named “Timberline,” one named “Mountain Ridge,” and one named “Ridgeline.” Any of them easily could have been named “Ebenezer Beesley Middle School” or “Hugh Dougall Elementary” and we’d be a lot less confused.)

“It was that Moose Lake trip 52 years ago that pushed me over the edge into the decision to be here, though I’m older than my dad was by a good bit, and feeling it.”

“Yesterday Glenn Groesbeck hit me with a snowball. I told him I’d write it down.”And I hadn’t even read Sister Grate’s blog yet, nor did I know about the blue emotional and physical health benefits to your liver!

We fished a lot, which was emotionally happy for us and gave the fish good exercise before they died. I read a meme on Facebook that said “It’s not the length of life that matters, it’s the quality of life.” Remember that. From the same day’s entry:

“Great day hiking down to Raft Lake, really big deep lake where John could jump off rocks into the water and where I caught four trout, the first one on my first cast. It was a fifteen-inch lake trout.” (I’m not going to try to illustrate graphically how big that is, because some of you are reading this on your iPhones.)

“Then I caught a big brook trout, really pretty fish, then a couple more good-sized lake trout. On the hike back I pushed aside some branches and ventured out along a log to cast into a little river that we’d waded earlier (we’ve waded several swift rocky rivers) and caught another beautiful little brook trout.  I let them all go. I’ve snipped two of the treble hooks off all my lures and squeezed the barb on the remaining hook shut, so it’s a little harder to land a fish but a lot easier to let one go.”

“Light from a full moon is streaming through the trees. The camp is quiet. I’m writing this by glowing embers with a flashlight in my teeth. I love watching a fire burn down all alone. I think it’s almost criminal to kill a fire with water.”

“Our base camp has been used and built and added to and cared for by lots of travelers. There’s a big log-lined fire pit and every group leaves wood for the next. Somebody even put together a horseshoe pitch, with real horseshoes, seriously rusted. The nucleus of the camp is a rock-lined grave with a horse’s skull at its crest. Don’t know if he was the contributor of the shoes, but in between his teeth is a shiny ‘rescue me’ whistle which was clearly not blown in time.

“The most mischievous expression I’ve seen on Bishop Doman’s face (and I’ve seen a few) appeared when the Young Men’s President, Jeff Pierson, suggested we put the skull in Nate Simpson’s sleeping bag.

“Tonight I was last again to leave the fire. I watched the coals, as Gerard Manley Hopkins put it, ‘fall, gall themselves and gash gold-vermillion.’ Some connection began to form in my mind between tending that fire and catching my last little brook trout—something about colors and wildness and respecting their wills.”

On the page opposite the last Wind River entry is a discoloration, looking exactly like this comma, only brownish:

with a note beside it reading “This is a portion of the earthly tabernacle of a mountain mosquito.” Poor fella.

Not. It isn’t the duration, but the quality of life, and his had been rich. At least, literarily.

Look at these pictures, listen to the song again, then go write about something Traumatic, Stressful, and Emotional. Your liver will thank you.