You don’t have to be Jewish to enjoy Fiddler on the Roof, Catholic to love Rudy, Hindu to appreciate Ghandi, or an evangelical Christian to be a fan of The Blind Side. Similarly, there are films about Latter-day Saints (Mormons) that are simply good movies. They entertain and tell compelling stories without trying to convert the audience. Here are eleven films that have won over mainstream critics and are worth the watch regardless of your worldview. (Good films that appeal mostly to the Mormon faithful, like The Best Two Years and 17 Miracles, are not included).

Click on the titles to buy the films from Amazon. 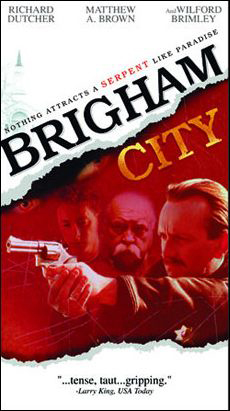 “Piety and humility are mixed with murder and mystery in the engrossing Brigham City…an example of concise, skillfull filmmaking… the performances are impeccable.” – Lawrence Van Gelder, The New York Times

What It’s About: A small Utah town is terrorized by a serial killer, leading to mistrust and suspicion in the formerly close-knit community.

The Mainstream Appeal: It’s a first-rate whodunit and a bittersweet examination of the role a community plays in providing hope in times of terror. Plus it co-stars lovable Quaker Oats spokesman Wilford Brimley.

What It’s About: A sister missionary from America travels to Austria to share her beliefs and serve the people but clashes with her European companion.

The Mainstream Appeal: Although the first act is shaky, once it finds its footing this is a gentle and warm exploration of the universal struggle to get along with those who are different. Plus the European locales are gorgeous. 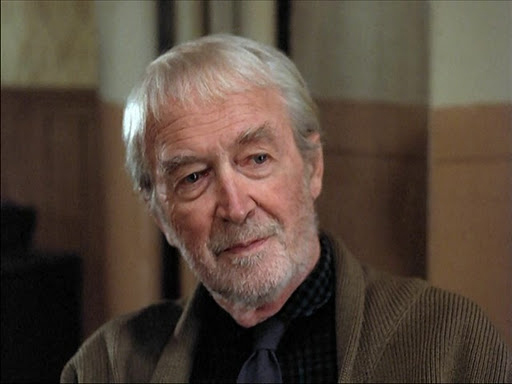 “It is impossible not to warm to James Stewart as the kindly Mr Krueger or the wonderful Christmas songs sung so beautifully.” – Andy Webb, The Movie Scene

What It’s About: A lonely old man daydreams about singing Christmas carols with the Mormon Tabernacle Choir and worshiping at the manger of the newborn Christ.

Watch it if: you love It’s a Wonderful Life and want to see Jimmy Stewart’s other Christmas movie. No, he wasn’t a Mormon, but he did star in one of our movies.

“Poignant and moving, with an ending no screenwriter could improve on.” – Nathan Ravin, AV Club.

What It’s About: Charming documentary about punk rock icon Arthur “Killer” Kane of the New York Dolls. Kane nearly destroyed himself with drugs and alcohol, but sobered up when he was baptized a Latter-day Saint. Longing for the thrill, if not the lifestyle, of performance, he tries to plan a reunion show with his old band.

The Mainstream Appeal: It has an impressive 90% rating at Rotten Tomatoes and was a hit at the Sundance Film Festival. Rock enthusiasts will appreciate the history and appearances by stars like Morrissey, but this is a story which anyone could love, from your teen to your grandma. 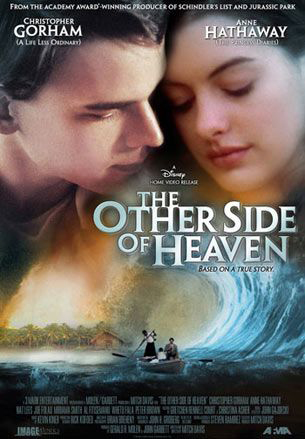 “A film that wins you over [with] good storytelling.” – Leonard Maltin, Entertainment Tonight.

What It’s About: This is a true story about a missionary in the 1950’s who leaves his sweetheart for three years and travels to Tonga, braving hurricanes, starvation, and wild animals on his way to embracing a foreign culture.

The Mainstream Appeal: It stars Oscar-winner Anne Hathaway just before her big break in The Princess Diaries, along with TV’s Christopher Gorham (Ugly Betty, Covert Affairs). The producer also made Schindler’s List and Jurassic Park. The film boasts impressive visual effects and gorgeous on-location cinematography, as well as memorable characters. 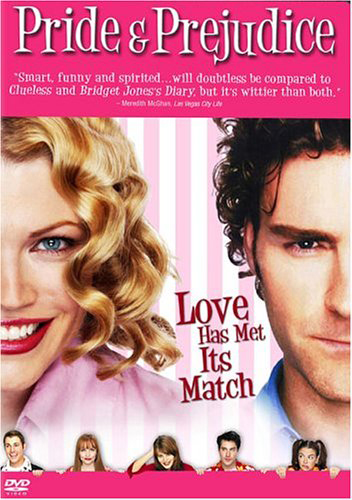 What It’s About: A modern version of Jane Austen’s classic story. Instead of Victorian England it’s

The Mainstream Appeal: It’s very funny and the leads have real chemistry. The Mormon element is very light, as the filmmaker’s focus is clearly on creating a solid rom-com that anyone could enjoy. Mission accomplished.

What It’s About: A small group of soldiers, trapped behind enemy lines, tries to evade Nazi troups and make it back to the ranks.

The Mainstream Appeal: The acting is excellent, the action is intense, and the core message of compassion (even for one’s enemies) in times of war is powerful. 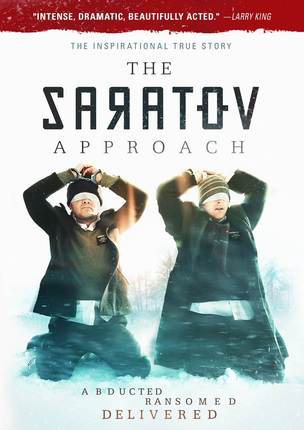 What It’s About: True story about two missionaries kidnapped and held for ransom in Russia and the international efforts to get them out alive.

The Mainstream Appeal: It’s breathlessly intense and wonderfully human, with an admirable appreciation for people of many different faiths and walks of life.

“This upright and thoughtful film boasts a level of quality and noble purpose that Hollywood has all but abandoned.

What It’s About: The lives of two Mormon missionaries, a Pentecostal preacher, a lapsed-Christian actress, and a gang-banger are intertwined and forever changed by a drive-by shooting. 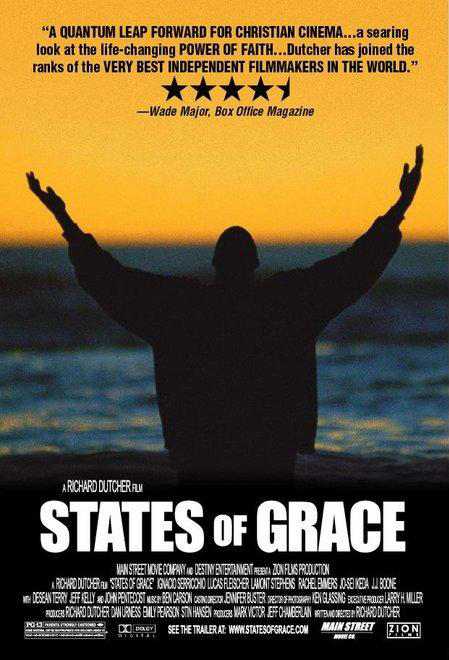 The Mainstream Appeal: Gritty and emotional, with excellent acting, States of Grace takes viewers to some unpredictable places in order to display the restorative power of belief and the value of interfaith friendship. 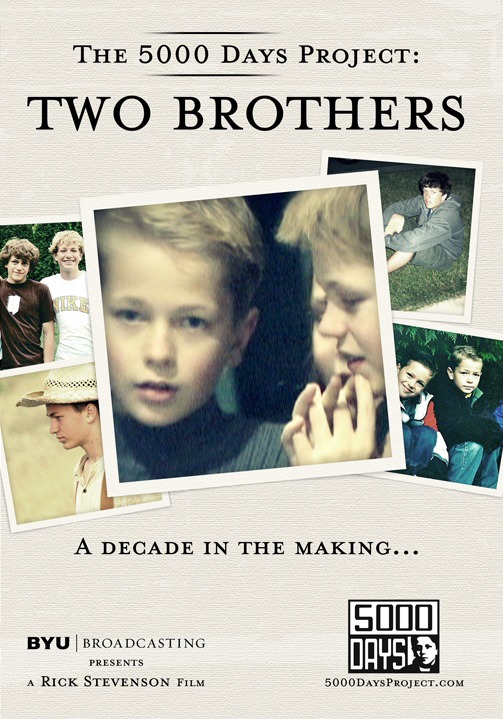 “This is not a film about religion-it’s a film about humanity… this is fine, important filmmaking… life-changing.” – Greg Wright, ChristianCinema.com

What It’s About: Protestant filmmaker Rick Stevenson follows two Mormon brothers over a decade of their life, capturing the rivalry, heartaches, and fraternal love between two vulnerable-yet-strong boys.

The Mainstream Appeal: The fact that the filmmaker isn’t a Mormon gives the movie a unique perspective, and the coming-of-age story is ripe with drama, with natural disasters, bullying, and college football tryouts. 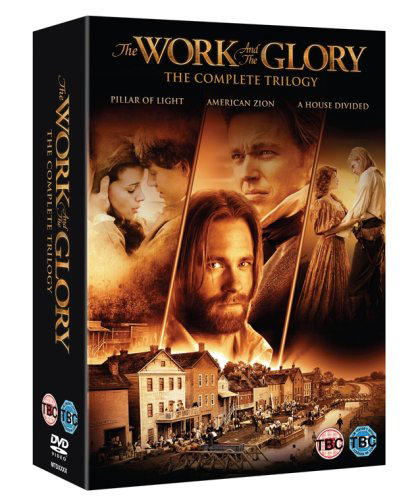 THE WORK AND THE GLORY TRILOGY

“In less than a decade, Mormon cinema has evolved from an easily dismissed curiosity to respectable art, and much of the credit belongs to The Work and the Glory series.” – Phil Villarreal, Arizona Daily Star.

What It’s About: A fictional 1800’s family is torn apart, and strives for reconciliation, amidst the turbulent formation of The Church of Jesus Christ of Latter-day Saints.

The Mainstream Appeal: Although it fails to capture the larger history of Mormonism as well as the 9-book series its based on, the family story is compelling and satisfyingly resolved. The movies are handsomely-made, with Hollywood actors and a fine attention to period detail. The first film suffers from some overwrought romantic melodrama, but once the story changes gears to the conflict between Mormons and mobs, it gains real traction.

On October 10th the church is releasing its first theatrical feature, Meet the Mormons, a documentary aiming for mainstream appeal that focuses on six very different members of this worldwide faith. To learn more, visit the film’s web site.

For more movie recommendations, pick up a copy of my book 250 Great Movies for Latter-day Families, available in paperback and Kindle!

Jonathan Decker is a licensed marriage and family therapist providing face-to-face counseling as well as online webcam sessions. He is the co-host of The KJZZ Movie Show on KJZZ-TV in Utah. Jonathan reviews Hollywood films from a Latter-day Saint perspective at www.mormonsatthemegaplex.com. He is married with four children.