Don’t Touch That Dial: New TV Your Family Might Enjoy This Fall 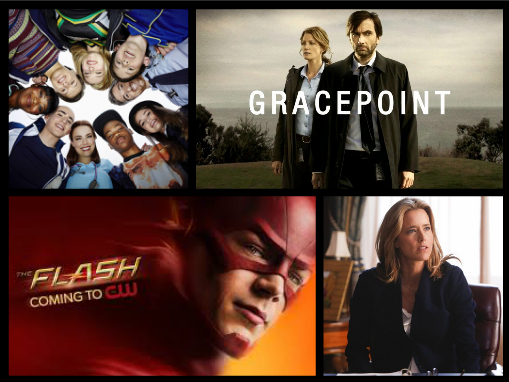 With a new television line-up coming this fall, families will be wondering whether there’s anything that the whole family can enjoy. It’s always a gamble to tune into a new show when you’re unsure whether it will be appropriate and entertaining.

The Parents Television Council’s special correspondent Christopher Gildemeister has previewed the fall lineup to help families to know what shows might be worth watching. 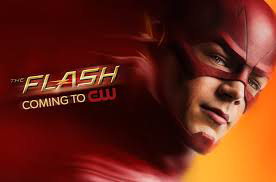 The Flash is “fast-paced, family-friendly fun” and one of the particularly promising new shows from the CW, according to PTC:

As a boy, Barry Allen saw his mother die before his eyes. The police and the courts agreed Barry’s father was responsible; but Barry knows what he saw: a ball of lighting shaped like a man was responsible. Raised by detective Joe West, the now-grown Barry is a forensic police scientist, with a crush on his oblivious adoptive “sister” Iris. But when brilliant scientist Harrison Wells’ experimental particle generator goes haywire, it unleashes forces that transform Barry, giving him the ability to run at unbelievable speeds. With the support of Harrison’s science team, Barry vows to protect Central City from other super-powered “metahumans,” and takes on a new, costumed identity as the Fastest Man Alive   The Flash!

Unlike its sister DC Comics-inspired program Arrow, which often features a dark, brooding tone and intense, fairly realistic violence, The Flash is largely an upbeat, positive show with lots of exciting action but little graphic violence. Where Arrow‘s characters often attack one another with arrows, swords, guns, and brutal beatings, The Flash centers around fantasy-style special effects, such as the first episode’s weather-controlling villain. Unless it changes drastically from the pilot, there is little in The Flash to concern parents of even younger children. Instead, the entire family can enjoy the character drama and thrill to the high-speed adventures of The Flash. 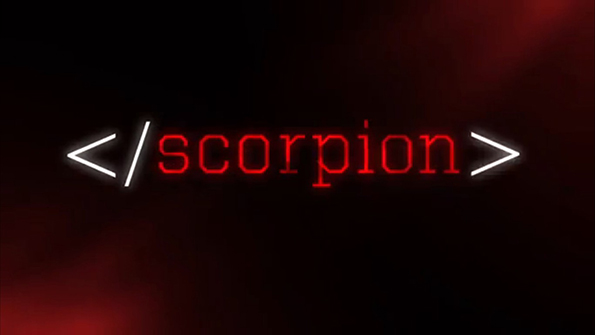 New from CBS comes a show the PTC calls a, “Smart, Action-Packed Funcedural”:

A program full of action without graphic violence, relationship drama without graphic sex, and which makes being smart look cool, Scorpion is a safe, fun pick the whole family can enjoy.

Walter O’Brien is one of the smartest men in the world and one of the most socially inept. Walter leads his team of fellow super-intelligent misfits (mechanical engineer “Happy” Quinn, “human calculator” Sylvester Dodd, and scheming psychologist Toby Curtis) in dealing with international crises at the direction of Homeland Security agent Cabe Gallo. Helping the team to deal with ordinary people, normal life, and their own emotions is former waitress Paige who is also the single mother to Ralph, another budding genius who bonds with the team.

Based on the experiences of the real-life super-genius Walter O’Brien, Scorpion follows the standard procedural format of a team of quirky experts working together to solve the crisis of the week. Delightfully, however, it does this without foul language, sex, or graphic violence. At a Paley Center panel, series executive producer Nick Santora stated that his goal was to provide a “funcedural” an action-packed, character-driven show “for people who come home from work on Monday night and just want to be entertained.” The sentiment is echoed by the real Walter O’Brien, who also executive-produces; O’Brien noted growing up with “fun” shows about intelligent problem solvers like MacGyver, and hoped to provide something similar for kids today and the show does. After so many seasons in which television was swamped with sex and serial killers, it’s nice to finally see an action show families can enjoy together. 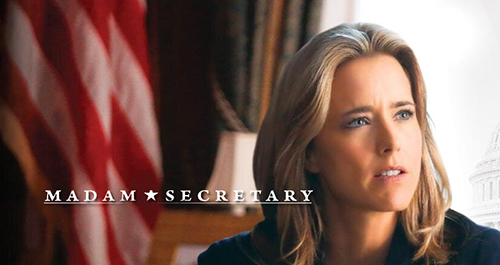 Amidst a media atmosphere where expectations for women are confusing and sometimes even offensive or degrading, “Madam Secretary presents a good role model for girls”:

Tapped by the President after a tragic assassination, college professor and former CIA agent Elizabeth McCord is the newly-appointed Secretary of State. With the help of her college professor husband Henry, speechwriter Matt Mahoney, press coordinator Daisy Grant ,and assistants Blake and Nadine, Elizabeth must learn to balance her high-profile, high-pressure job with a previously well-functioning marriage and family life all while facing threats from across the globeand from the President’s arrogant Chief of Staff, Russell Jackson.

While it contains the potential for both violent and sexual storylines (sex among Elizabeth’s staff, violent actions against terrorists, and the like), judging by its first episode, Madam Secretary will be a politically-charged character drama similar to The West Wing or Scandal, with little negative content. The program does present an appealing image of a strong, competent woman in a position of leadership, who uses her position to do good in the world. 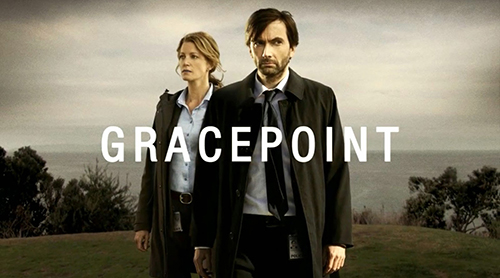 The murder mystery Gracepoint is devoted to characters, conspiracies, and clues, not sexual or violent content.

The small, close-knit seaside community of Gracepoint is rocked when 12 year old Danny Solano is found murdered. Investigating are local police officer (and mother of Danny’s best friend) Ellie Miller and abrasive detective Emmet Carver, who is a newcomer to Gracepoint and who hides his own shady past.  Suspicion is at first is directed against Danny’s father, Mark; but as the two officers delve deeper, their investigation uncovers many other secrets in the seemingly idyllic town

Based on the British drama Broadchurch, Gracepoint presents both an intriguing mystery and an involving character drama and does so without graphic violence, sex, or even much foul language, in a welcome shift from such previous Fox crime dramas as Bones.  While the show’s mood is somber and its subject matter is sad, both adult and teen mystery lovers can enjoy the show’s drama devoid of graphic content.

The PTC also notes the shows that families might find objectionable. They had concerns about the upcoming FOX premiere of Gotham, given that the premise centers on Batman’s Gotham (albeit without Batman in the series). The first episode confirms the PTC’s concern for children: “Parents are warned that, far from being an upbeat super-hero show like The Flash, Gotham is an extremely dark and gory take on the comic-book universeespecially as it features multiple violent and psychotic villains, but only one beleaguered (and mostly ineffective) hero.”

The PTC warns about CBS’s “The Stalker:” From producer Kevin Williamson (creator of Fox’s serial killer/murder cult program The Following) comes yet another dark, deeply disturbing series centered on terrorized innocents preyed upon by ultra-violent psychopaths.”

This fall features some shows to steer clear of, but seems to have some exciting potential for great, family-friendly programming.

Of note, the PTC’s reviews of these shows are based on the premiere episodes, so it’s always good to keep in mind that shows may change as more episodes are shown. Please visit the PTC’s Family Guide for further information and reviews about these and other shows.