About That Food Storage You Thought You Owned 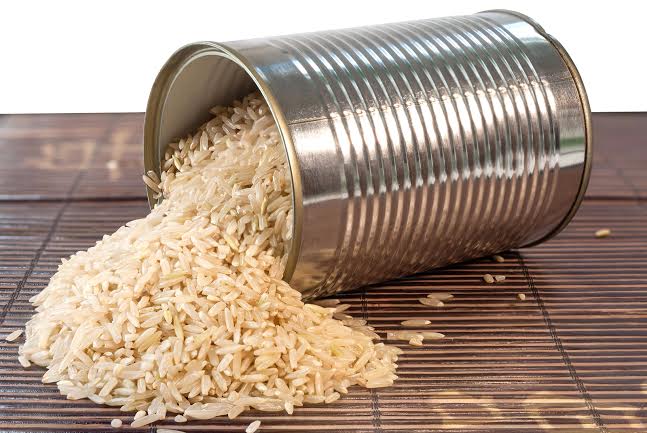 “Stroke of the pen, law of the land, kinda cool.”

Next week:       “Cisgender Heteronormative Created He Them?”

Meridian readers can now reserve a personally inscribed copy of The War in Heaven Continues. This 280-page book will be published in September and sell for $15.95. FREE SHIPPING for all orders received before publication. No need to pay now. Reserve your copy at: [email protected]. We will contact you when the book is ready and you can indicate to whom you want the author to inscribe your book.

“A chicken in every pot” was a 1936 campaign slogan for President Franklin Roosevelt as he sought re-election in the middle of the Great Depression. Herbert Hoover also used it in 1928 and so did the hippies in the 1960s, albeit in reverse order. It sounded like a good idea to one Roscoe Filburn, an Ohio farmer, who wanted to improve his family’s meals in 1941. So he raised chickens and fed them the extra wheat he grew on his 23-acre farm.

Well, the same government that wanted a chicken in every pot wanted fewer chickens in Filburn’s pots. He was restricted to growing wheat on only 11 acres, and none for his private use. To drive up prices, you see.

When the government found out that he was growing extra wheat, they fined him 49 cents for every bushel over his allotment although none of the extra wheat was ever shipped to market. His own wheat on his own land for his own chickens, and no intent to sell it. Didn’t matter; he was interfering with interstate commerce. It was a product, ruled the Supreme Court in 1942, that he otherwise would have had to buy in the marketplace, and hence it impacted trade.[1]

But stretch, ignore, expand, redefine, extend, invent are part of the repertoire of those who change laws and powers for personal gain.

Roscoe Filburn’s losing case solidified the idea “that growing and consuming wheat entirely on your own farm still counted as interstate commerce that could be regulated by the federal government under the Commerce Clause.”[2] Supporters of price supports and acreage quotas talk a good game and no one argues that agriculture is not due a certain amount of protection. What is disconcerting is how elastic the Commerce Clause has become, and the mischief that can be done in its name.

Fast forward to 2005. Now instead of wheat and chicken, it’s marijuana. Drawing on the Filburn case, the Supreme Court in Gonzales v Raich held that “medical marijuana cultivated and consumed entirely within the state of California” still counted as interstate commerce, which led Justice Clarence Thomas to remark, “If Congress can regulate this under the Commerce Clause, then it can regulate virtually anything and the Federal Government is no longer one of limited and enumerated powers.”[3] [Emphasis added]

Given government’s generous interpretation of the commerce clause to the detriment of private property, two executive orders (EOs), one from President Clinton in 1994 and another from President Obama in 2012, have caught the attention of many Americans.

Though both orders address national defense preparedness, under Obama’s Executive Order 13603, the Secretary of Agriculture is authorized to allocate food resources “as deemed necessary or appropriate to promote the national defense under both emergency and non-emergency conditions.” [Emphasis added] Similar authorizations are given to cabinet heads for energy, health resources, water, and civil transportation, with whatever resources that are left “all other materials, services, and facilities” going to the Secretary of Commerce.[4]

Authorized to allocate food resources? Even under non-emergency conditions? Given Obama’s numerous attempts to work around Constitutional restrictions, can one be faulted for wanting a reassuring explanation for what it means for one’s own private property?

No sooner were such questions raised than supporters of the president pounced on these concerns and labeled them as silly right-wing hysteria. Websites such as Snopes soon did their investigations and categorized reactions into three counterarguments:

Let’s examine them. First, the Defense Production Act itself is constitutionally suspect. Nowhere in the Constitution is Congress granted authority over all American resources and the fruits of its citizens’ labor, let alone the right to delegate that authority to the executive branch. The Fourth Amendment preserves the right of the people to be secure in their persons, houses, papers, and effects effects commonly understood as belongings. That cannot be overridden by Congress or by the president.

But for the sake of this discussion, let’s assume that act is settled law. How well do the two executive orders conform to it?

Think about it. Can anything exist that is neither emergency nor non-emergency? What product could an agile mind not construe to be part of defense preparations, and therefore under the control of government? What is to stop the president from claiming that “allocation of resources” also means “collection of resources?”

To put it another way: If the commandeering of foodstuffs, whether publicly or privately owned, were ever declared necessary, do you think government agencies would NOT point to Executive Order 13603 as their authority?

Supporters want to make it appear that these executive orders are merely logical extensions of the authority granted in 1950.

I believe the facts say otherwise. They are a glaring expansion of power. The significant addition of food allocation amounts to whole-cloth legislation forbidden by the Constitution.

At the very least, these are troublesome edicts housing ambiguous concepts, ill-defined directives, and enticing loopholes. Given President Obama’s less-than-stellar track record regarding the Constitution, it is not unreasonable to wonder if government might some day appropriate private food storage or the Church’s massive welfare system. Remember, too, that under the Filburn ruling, there isn’t anything your garden vegetables, the fruit from your trees that the government can’t consider to be part of interstate commerce and thus regulate. And if regulate, penalize. And if penalize, confiscate.

As Paul Begala, an advisor to Bill Clinton, infamously remarked, “Stroke of the pen, law of the land, kinda cool.”

Gary Lawrence is a public opinion pollster and author who lives in Orange County, California. He welcomes comments at [email protected].

Thank you for alerting us to another intrusion of government into our lives. As already stated we just need to do what the Lord has instructed us to do and rely on Him with prayers and fasting.

@ Michael. Thanks for that ominous quote from Catherine Bertino. 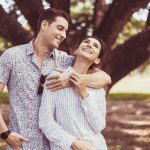