Secular Religion and Its Three-Pound God 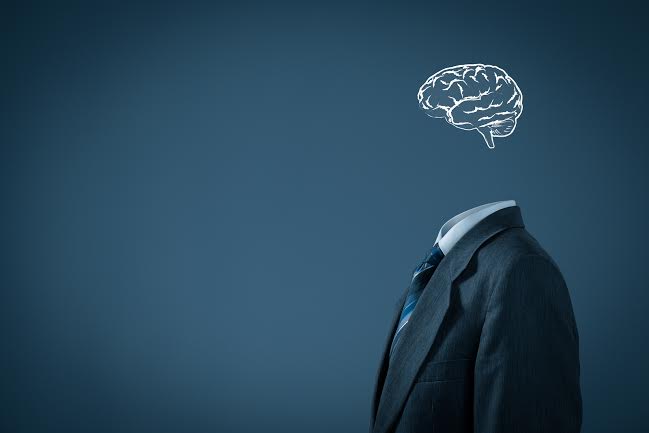 Editors Note: This is another in a series of excerpts from the book “The War in Heaven Continues: Satans Tactics to Destroy You, Christianity, the Family, the Constitution, and America” by Gary Lawrence. The book will be published in September.

If an individual admits that God is the highest power, he must align himself within that belief. But if he can be brought to believe that the highest power is mans mind a tempting morsel for those with high IQs then its trash the silly commandments and bring on the competition to see who will sit at the top of the totem pole.

That is why many intellectuals, infatuated with their brilliance and convinced they are born to rule, reject God, embrace worldly wisdom, and persecute those they consider less cerebrally endowed. Anyone who worships God interferes with their view of the universe, and specifically their hoped-for role as one of its masters.

While traditional royal systems put titles in front of a name (King George, Sir John, Lady Margaret, Earl of Sandwich, Duke of Earl), the intellectual aristocracy puts them as initials at the end: MD, Ph.D., J.D., Ed.D., DDS and thats just the doctorates. To be distinguished by ranks is the obvious game as anyone who has attended a university graduation ceremony can attest. Looks like a bomb went off in a paint shop each color, tassel, and stripe carrying somber significance. Gaining knowledge is good; flaunting it isnt.

Hugh Nibley nailed it in his opening prayer at BYUs1960 commencement ceremony: “We have met here today clothed in the black robes of a false priesthood.”[1] True prophets encourage us learn truth from all sources, but to beware the “intellectual voices that profess sophistication and superiority.”[2] (Ever notice how many think complexity rather than clarity is a sign of intellectual stature?)

Now, once this premise of intellectual superiority takes hold, worshipers of the intellect seek organizations through which to parade skills and exercise power. One author notes that the market economy does not reward intellectuals “according to their own estimation of their obvious social worth” so intellectuals gravitate toward power and they love the idea of a hierarchy apart from the free market, one that will worship their IQs. Today they “play leading roles in the bureaucracies of the state, as advisors, experts, and administrators, and increasing the power of the state means increasing the power of the intellectuals,”[3]

Thus, the rise of the pretentious non-religious intellectual has been fostered by the rise of the administrative state, and the state in turn uses the supposed omniscience of this intellectual priesthood to claim supremacy. Archbishop of Chicago Francis Cardinal George warns that “this tendency for the government to claim for itself authority over all areas of human experience forms the secularization of our culture. If God cannot be part of public life, then the state itself plays God.”[4]

The irreligion of the intellectual elite has become the state religion. Elder Neal A. Maxwell in 1978 prophesied its rise.

[We] shall see in our time a maximum if indirect effort made to establish irreligion as the state religion. It is actually a new form of paganism. Brothers and sisters, irreligion as the state religion would be the worst of all combinations. Its orthodoxy would be insistent and its inquisitors inevitable. Its paid ministry would be numerous beyond belief. Its Caesars would be insufferably condescending. Your discipleship may see the time come when religious convictions are heavily discounted. M.J. Sobran also observed, “A religious conviction is now a second-class conviction, expected to step deferentially to the back of the secular bus, and not to get uppity about it.”[5] This new irreligious imperialism seeks to disallow certain of peoples opinions simply because those opinions grow out of religious convictions.[6] [Emphasis added]

That predicted future is now here.

Heres the kicker. Both religions want the freedom to believe, act, assemble, and speak. But while one religion seeks only the right to persuade, members of the other seek to impose their will through the states police and taxing powers. Its like a basketball game except one team has three extra players the referees.

Secular religion mirrors traditional religion the president as prophet-cum-messiah, the cabinet as apostles, the bureaucratic elite as high priests using the power of a legislative-judicial-executive trinity, the Federal Register as scripture, all financed by double or triple-rate compelled tithing. But its impact is quite different. The secular state religion

Government beyond the Founders intent replaces God as the giver of blessings, the center of society, and the object of adoration. To hide their agenda, however, intellectual elites give token lip service to Christianity to calm those they consider Duck-Dynasty-meets-Larry-the-Cable-Guy types.

Just as Christianity has a variety of denominations, so too secular religion. These God-less faiths are differentiated by the god they choose to worship intellect, power, wealth, fame, beauty, sex, environment, and so on. Their names may not be emblazoned on buildings, but if they were and if truth in advertising prevailed, wed see such names as

Church of the Omnipotent State

Church of the Intellectual Elite

Church of Gaia our Mother Earth

Church of the Greens

Church of the Occult

All hating competition from on high.


As one columnist put it, “Its one of the peculiar ironies of history that the people most eager to hang the priests are those most eager to replace them.”[8]

A state that plays God will soon have a leader who becomes deity-in-chief. Having clawed his way to the top of the power pile, he will turn paranoid and then tyrannical. He will demand loyalty and worship. Tyrants, almost by set formula, will always seek to destroy traditional religion because religion is the worship of a Competitor the tyrant cannot match. And the tyrant, narcissistic as can be, cannot stand it.

Secular intellectualism of today is the same great and abominable church as Hellenized Christianity of the second century.

Gary Lawrence is a pollster and author who lives in Orange County, California. He welcomes comments at [email protected].

You have hit the nail on the head, i have sent this on to several friends

Eric Hoffer, the "longshoreman-philosopher" of the 1960s and '70s commented at length on the intellectual elitists and their insatiable desire for power. His observations still ring true today.