PHOTO ESSAY: A Look at Members, Missionaries and Temples in Peru | Meridian Magazine

PHOTO ESSAY: A Look at Members, Missionaries and Temples in Peru

Peru, a land widely recognized for its architectural achievements and rich cultural traditions, is creating a new chapter in its history for the membership of The Church of Jesus Christ of Latter-day Saints. The country is located in western South America and its population currently totals more than 30 million people. 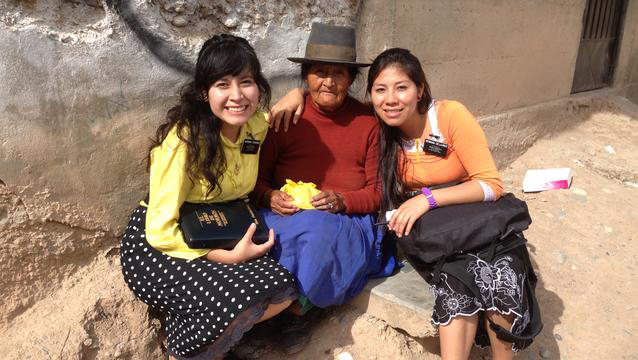 Within the past year, Church membership expanded to create the 100th stake (a group of congregations in a geographical area) and an additional pair of missions to reach a total of 12, a unique milestone among the Latin countries. 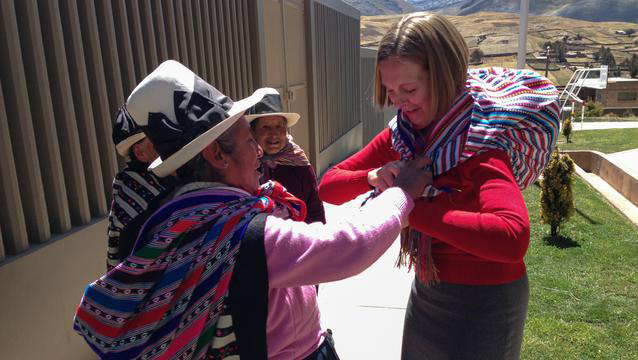 The first missionaries for the Church arrived in Peru in 1956. Missionaries continue to serve, teach and baptize individuals and families in the broadly diverse country today. 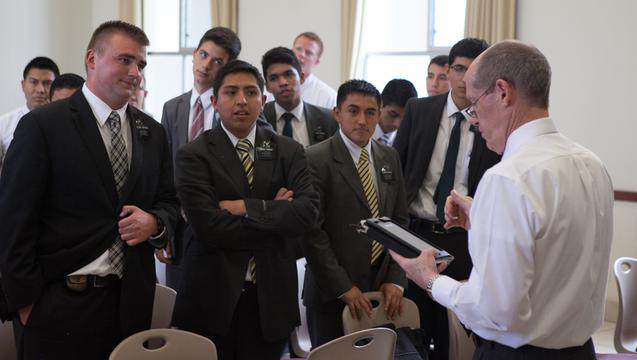 Hundreds of Latter-day Saint missionaries, many from Peru, presently serve throughout the country and share in the growth of Church membership. Peruvian Saints have a desire to serve and are also called to serve in other countries. 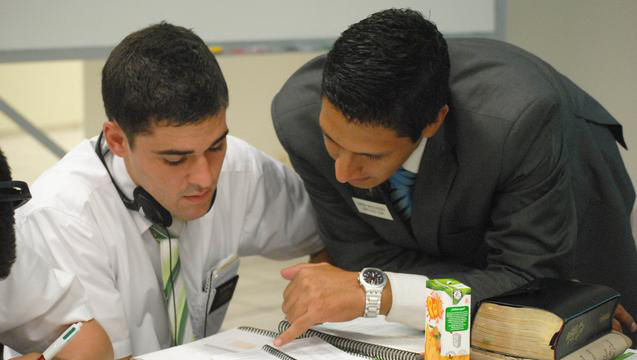 Missionaries called to serve in Peru report for their orientation at the Peru Missionary Training Center (MTC) complex in the La Molina section of Lima, one of 15 MTCs around the world. It serves as a training facility for missions in Bolivia, Ecuador and Peru. 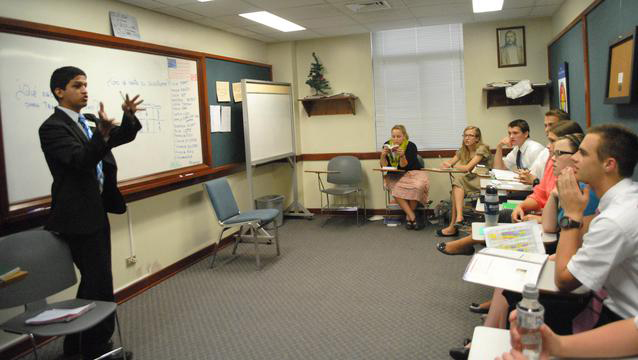 Missionaries stay from two to six weeks, depending on their language skills. They spend their MTC study time in group religion and language courses. 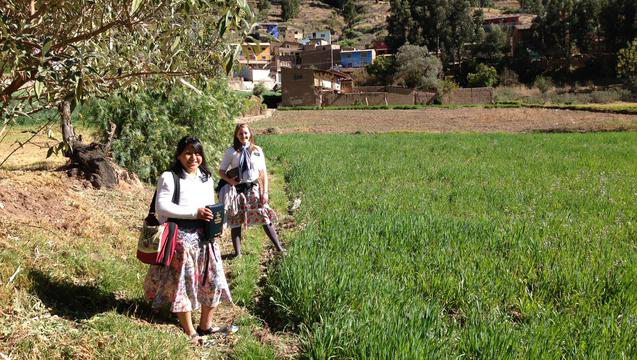 Peruvians speak Spanish, Quechua and Aymara and live near the ocean, in the high mountains and in cities and villages in between. 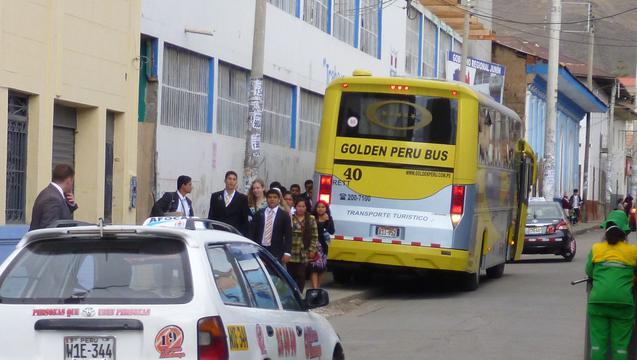 Following their initial training in Lima, these missionaries assigned to the Peru Huancayo Mission travel by bus over the Ticlio Pass to their destination, an eight-hour journey. 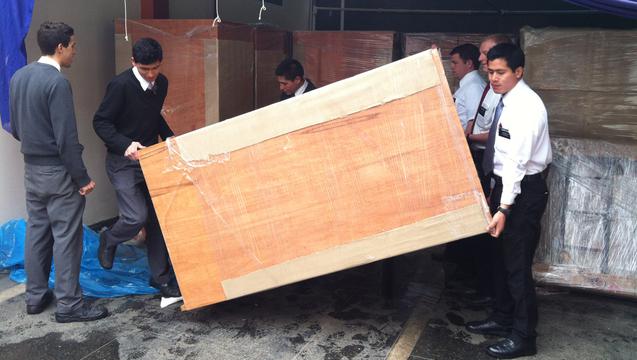 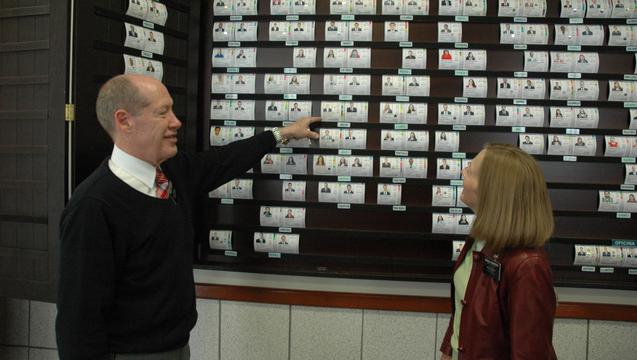 President David and Sister Paula Henderson currently preside in the Peru Huancayo Mission and study the assignments board to determine placement of the newly arriving missionaries. 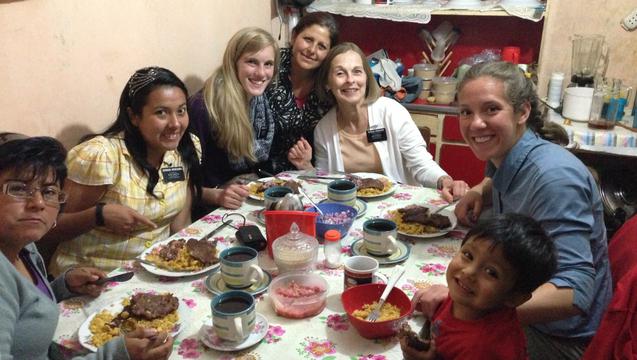 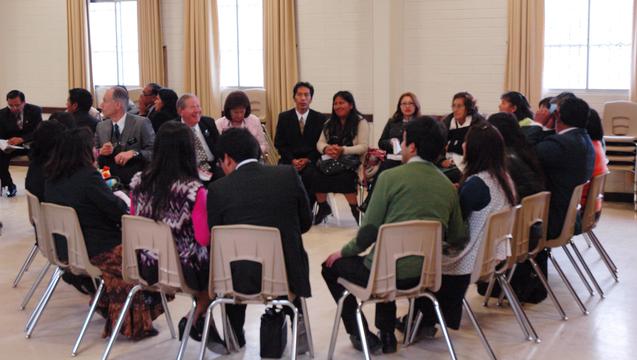 Mormons attend weekly worship services to partake of the sacrament and renew their covenants received at baptism. They also attend Sunday School classes to receive gospel instruction from thescriptures and other Church materials such as in the San Carlos congregation in the Huancayo Stake. Latter-day Saints around the world receive the same instruction, no matter where they live. 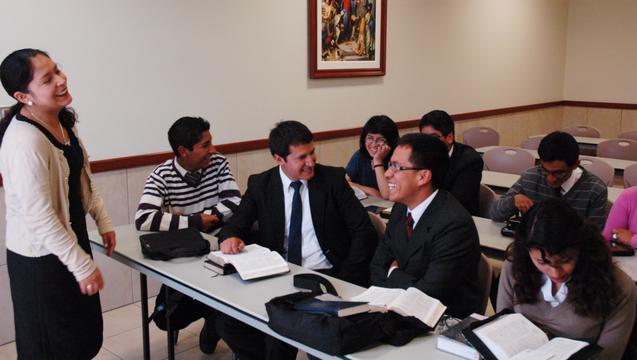 Young adult members enjoy their gospel study in classes on Sunday, also held in the San Carlos meetinghouse. In addition, the college-aged men and women gather during the week for institute and social activities. Youth in the Church also enjoy socializing while attending Mutual during the week. 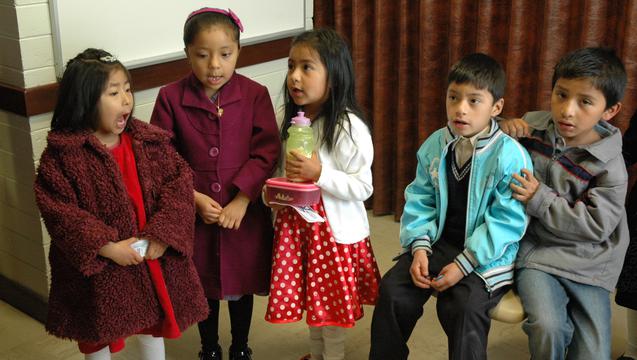 Primary children join in singing a favorite Mormon childrens song, “I Am a Child of God.” The boys and girls also participate in learning activities and meet in classes during Sunday worship services to learn about Jesus Christ.

Nelson and Dora Coila welcome guests to their newly constructed meetinghouse, built on totora reeds in the floating islands of Lake Titicaca, Peru. The islands reportedly predate the Inca civilization. Each island is four to eight feet thick and includes a collection of reed structures. The Uros people add more reeds to the surface as the plant material disintegrates. 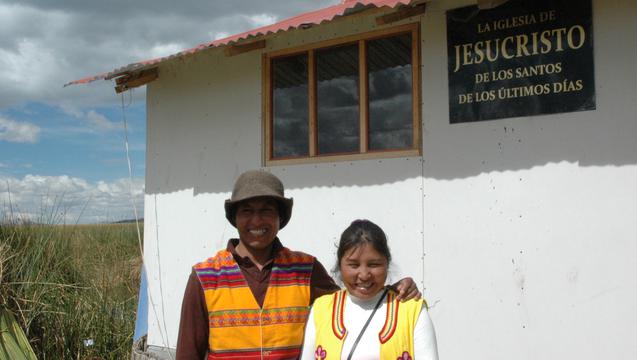 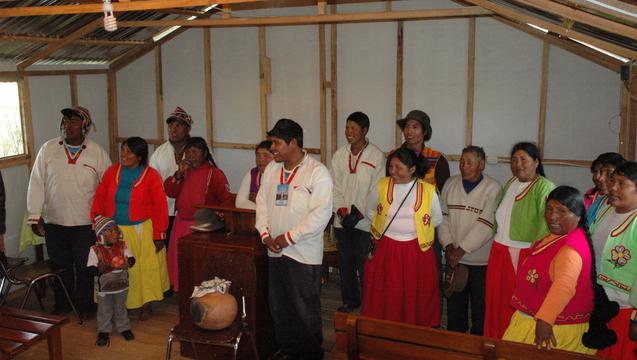 The Urus Titicaca Branch has more than 60 members, all of whom live on the islands. The local children travel by boat to a nearby island for their school activities. 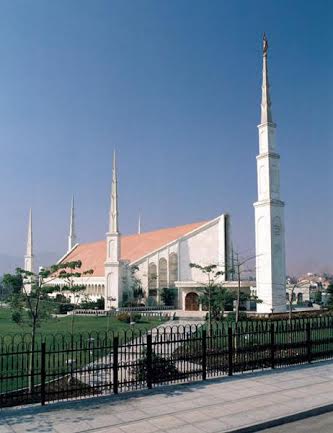 Both newly baptized and long-time members of the Church focus on attending the temple in Lima. Latter-day Saints learn about Jesus Christ, the purpose of life and the importance of family and marriage. 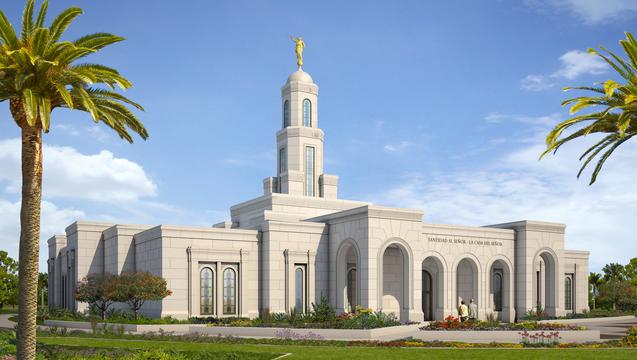 Often the distances and time involved in travel to a temple can be challenging for families. A new temple nearing completion in Trujillo, and a third announced for the city of Arequipa will make temples closer and worship more convenient for members who live in Peru. 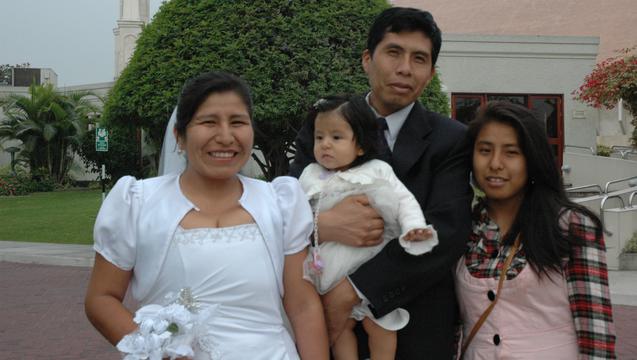 Luis Zurita, Miluska Quille and their two daughters realized a longtime dream of being sealed as an eternal family after making a 36-hour journey by bus from Arequipa to attend the temple in Lima. The Zuritas are among devout Latter-day Saints who have the goal to receive such sacred blessings in the temple after being baptized as members of The Church of Jesus Christ of Latter-day Saints.