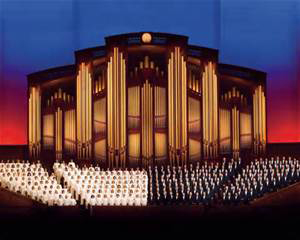 “Singing with Angels” will be directed and produced by Brian Brough, whose credits include 16 Stones (coming to theaters October 2014), Nowhere Safe, and Scents and Sensibility. The screen-play is being written by Brittany Wiscombe (Changing Hearts, Nowhere Safe and Christmas Angel).

The movieslated for a 2015 theatrical releaseis historic in that it is the Choirs first full-length narrative feature where the Choir is integrated significantly in this inspiring original story.  While the Choir has been the subject of documentaries (such as One Voice and Americas Choir) and been a part of TV movies and episodes (Mr. Kruegers Christmas and Touched by Angel), “Singing with Angels,” as created by Brough and Wiscombe, will tell a heart-warming story of one womans journey to join the Choir.

“The Choir is delighted to be collaborating on this film with Candlelight Media,” said Ron Jarrett, president of the Mormon Tabernacle Choir.  “The story of the film will be an affirmation that the Choirs music can bring peace and hope and transform lives.”

The production will be shot on location at Temple Square and in the Tabernacle, as well as other areas in Utah.  Auditions for roles in the film will be held soon.  Anyone interested in auditioning may visit CandlelightMedia.com or contact [email protected].

Mormon Tabernacle Choir is comprised of 360 volunteer voices and serves as a musical ambassador for The Church of Jesus Christ of Latter-day Saints.  The Choirs work has garnered a Grammy award, two Emmy awards, plus five gold and two platinum albums.  Its music transcends cultural and generational boundaries to unite people through music around the world.  Follow the Choir on YouTube, Facebook, Twitter, Instagram and Pinterest.

Candlelight Media Group was founded in 2000 and creates motion picture content from initial concept through distribution to the viewer.  Candlelight Media focuses on family-friendly content, and its films have been broadcast on various international and domestic networks and platforms such as Fox, ABC Family, Lifetime, BYU-TV, Netflix, iTunes, Amazon, Hulu and so forth.  Follow Candlelight Media on Facebook.