Editor’s Note: The following is an excerpt taken from the Deseret News. To read the full article, click here. 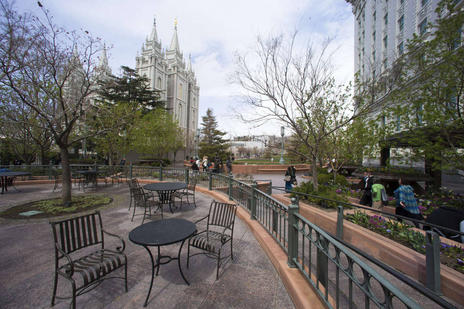 On a chilly Saturday last January, a man who once led a small LDS congregation walked into a church building in the Salt Lake Valley expecting to be excommunicated.

“It was very serious,” Carl said this week. “I repeatedly sinned, in any religion’s book.”

Four years after he joined The Church of Jesus Christ of Latter-day Saints in the early 1970s, Carl had felt intimidated when he had to convene a disciplinary council to evaluate a member of his branch in the American southwest.

Now he sat down at the end of a long table to face a disciplinary council convened for him.

The meeting began with a prayer. A lay minister called a stake president outlined Carl’s circumstances to the council. Then it was Carl’s turn. He described what he had done.

“About a box of Kleenex later, I finally finished,” he said. “There were no scowls, no looks of judgment. I felt total concern on their part for me as an individual.”

Four weeks earlier, Carl had approached his bishop, who called in the stake president. They placed him on informal church probation. He could not take the sacrament in Sunday services nor pray in church meetings.

“They also gave me a blessing,” he said, growing emotional. “I never felt like I was being humiliated or being judged. They were sorry for me. We met weekly for a month.”

After Carl confessed to the council, he left the room so 15 men could discuss his situation. Finally, the stake president and his two counselors retired to a separate room and knelt in prayer, seeking inspiration.

When they reached a decision, they invited Carl back to the council room.

This is a lovely story, but it just does not work out that way for everyone. I have a friend whose bishop held a disciplinary court for sexual transgression and refused to believe her when she said she had tried to stop the man but he insisted on their having sex. Her bishop told her she had not protested enough. After hearing her story, her LDS friends sent her to a rape counselor. The effect on the ward was profound. Everyone who knew the story would not tell the bishop anything. Another friend was told by her bishop she could be forgiven for her sexual sin. The sin was that she was molested as a small girl. I know these men mean well, but I think too many of them are simply not trained for the counseling and sometimes for the decision making they do. I have seen Church courts destroy marriages and families when the person should have seen a psychiatrist instead of a bishop. Can we look not just at the good outcomes, but at the bad and determine why they are bad? These are peoples' eternal lives and families. One size does not fit all. I hope the Church takes the time to interview those subject to its discipline who did not come back and find out why. And why there is so much venom in the anti-Mormon statements on the internet.