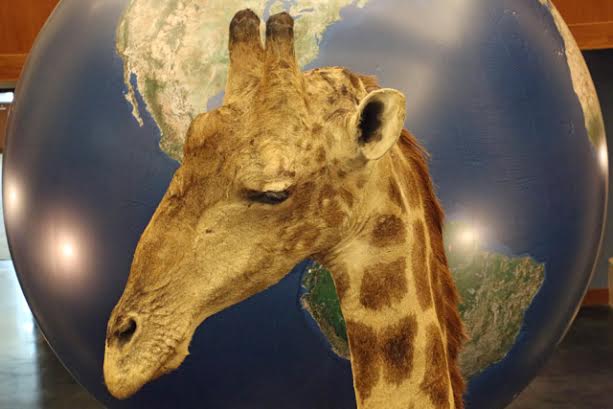 I will admit right off that I am biased when it comes to loving the Monte L Bean Life Science museum on the BYU campus. My mother-in-law, Martha Proctor, has taken our children there for years to excite their imaginations and give them close encounters with exotic animals, not to be found anywhere near our backyard.

When a pygmy owl flew into her glass window and died, she immediately took it to the Bean museum so it could be preserved and others would enjoy its beauty. Who knew we had pygmy owls in this area? Even the Bean curators were surprised.

So, of course, I am so pleased that after a two-year renovation, the Bean museum re-opens with a public celebration on Saturday, June 7 from 10 a.m. to 5 p.m. The address is 645 East 1430 North in Provo. We’ve looked forward to this, and, of course, we wouldn’t have missed the sneak peek provided the press.

What’s new in a museum that was already so fun (including a wall of colorful butterfly’s formed in the shape of a butterfly)?

The 55,000 sq foot building has been enlarged by 32,400 sq of exhibition, education and wet collections space and offers new exhibitions that are fascinating including a gallery that is special tribute to President Boyd K. Packer and his nature art and sculptures.

Let’s take a quick tour of the renovated museum. 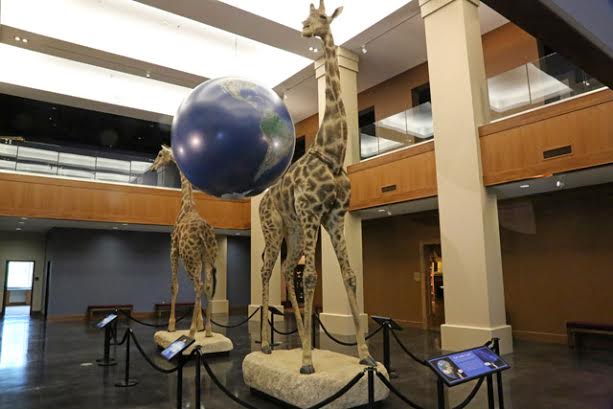 The museum entrance sports two 17-foot giraffes on either side of a hanging model of earth which is the largest, most accurate fiber-glass globe in the world, mapped with the most current NASA satellite images. 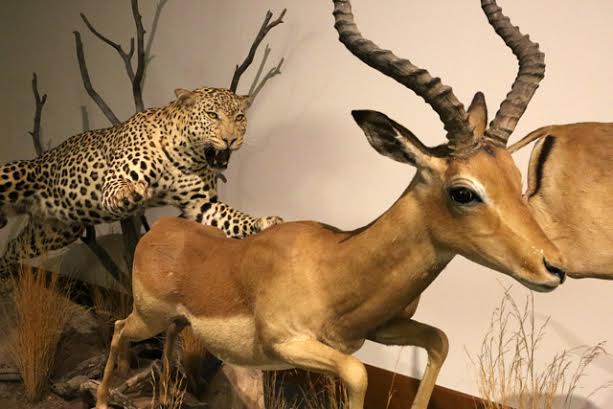 Upstairs is a new exhibit called Life on Top: Apex Predators. In environments made to look natural are some of the world’s most fascinating and beautiful animals such as lions, wolves, a bear and moose. Rather than being static, these animals are caught as if in a scene, many of them looking fierce and graceful, as they attack. 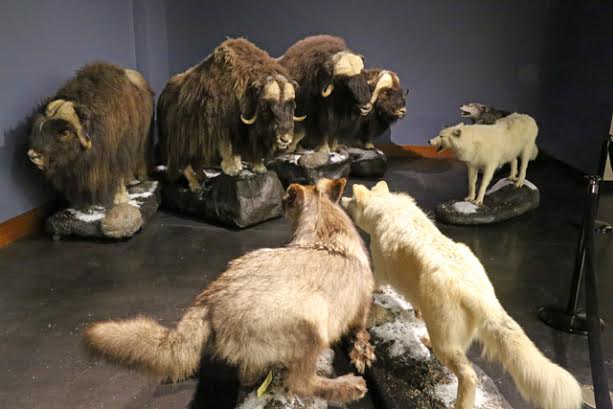 Here wolves corner a group of musk ox who stand shoulder to shoulder to protect their young.   Leopards pursue an impala. 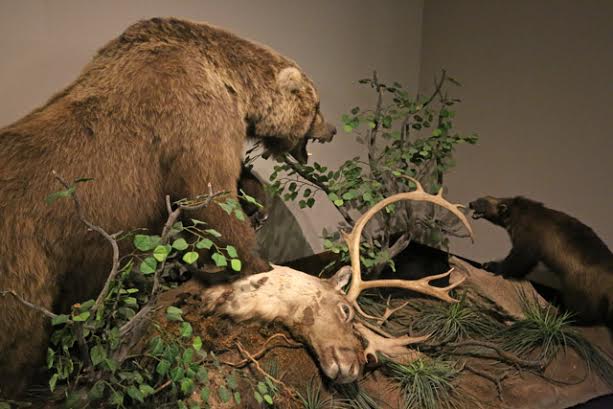 A grizzly and wolverine fight over a caribou. A lioness takes on a zebra.

It is a close-up of a world most of us will never see except through these beautiful specimens at the Bean museum. Each scene comes with a brief story. The musk ox stay safe from the wolves as long as they hang together. If the wolves can separate off one of the ox, it is vulnerable and may not survive. 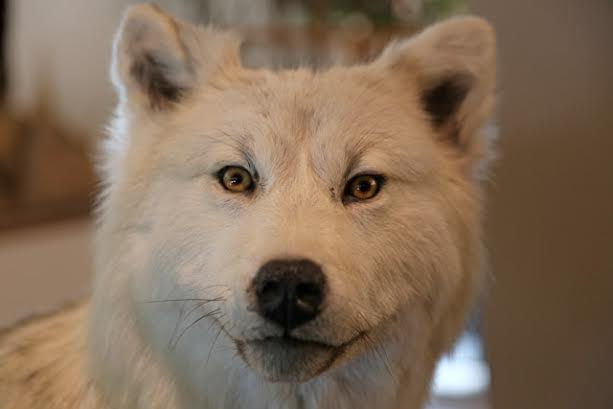 These animals are the gift to the museum of collector George Brimhall. To this point they have been accumulating in five double garages and were carried to Provo in five semi-trailers. Only 1/3 of these scenes are on display now and the other 2/3 will be rotated through the exhibition space. (You will note that most of us only keep cars in our double garages. No lions allowed.) 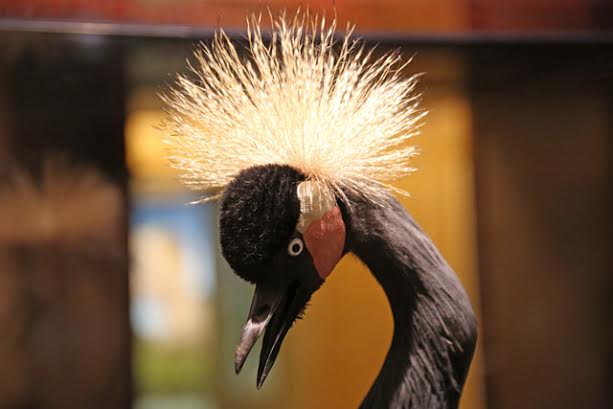 The Fred & Sue Morris Bird Gallery is a collection of more than 100 species of birds from all over the world, many of them with brilliant, unusual plumage. The family collected these birds from bird refuges all over the world as birds from the particular species they were looking for died. Even if you traveled to the countries where these various birds originated, it would be unusual to see them in such close-up detail. 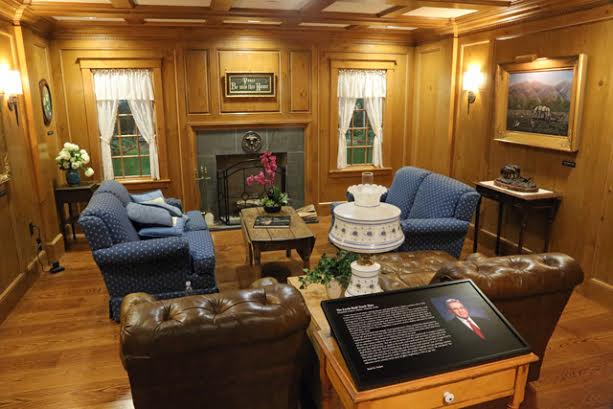 At the heart of the new exhibits at the Bean museum is an exhibit highlighting President Boyd K. Packer’s work that includes a replica of his living room and a wooden mantel that he carved with pioneer wagons and sego lilies. This mantel was a family project that took two years to create. 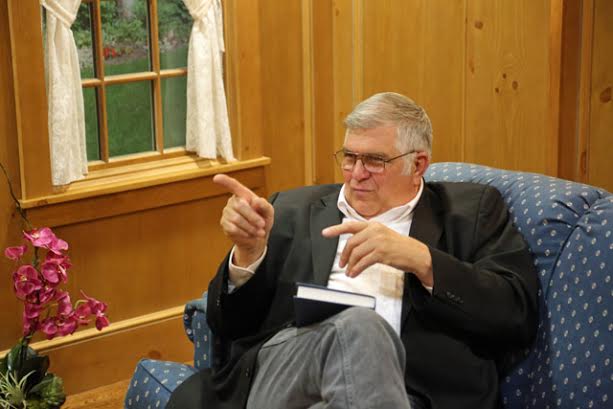 Kenneth W. Packer, President Packer’s son and an exhibit designer at the museum, said that his father always loved art, but his formal training was in high school. This love of art coupled with intense interest in nature is what led him carve and paint birds and other scenes from nature. 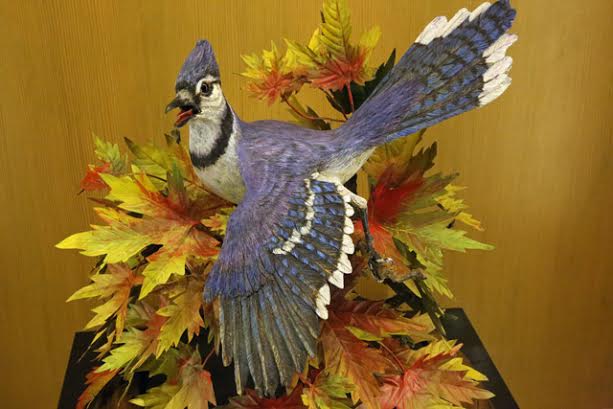 His bird sculptors are exquisite and detailed. Kenneth said everywhere in the world that his father traveled he watched for birds and studied them, loving them because they are a reflection of the Creator. This began when he was young and helped sustain him in the military through World War II. They teased him that his letters home were short, but he always had time to make a drawing on the envelope.

He continued working on his art even as a busy father and General Authority because he used it to decorate the family home. A picture of a peacock he painted that is on display at the museum hung in the Packer family home for years. He was so busy that he kept a little corner where he could work for ten or fifteen minutes at a timeoften his only time. 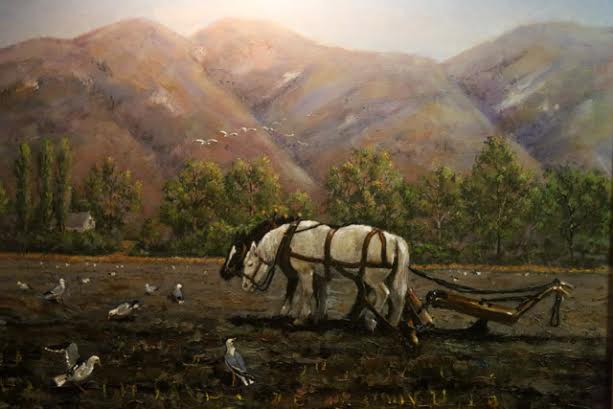 One of his most poignant paintings is called The Bishop’s Team where a two horses and a plough are left midway through a job in his own field while the bishop is gone helping someone else. 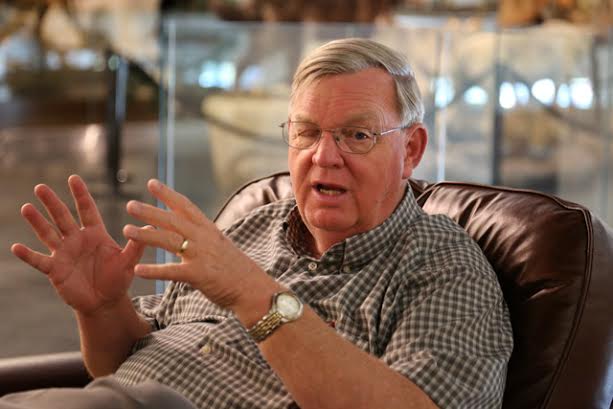 Museum Director, Larry St. Clair, said Monte L. Bean always wanted this life science museum to be free so everyone could enjoy it, and with the expansion it remains that way.

In addition to the exhibitions, the museum has nine major collections ranging from insects to mollusks to birds to mammals. “They are the crown jewel” of the collection he said and are held for both teaching and research. Though these are not on display, the museum does send out animals to schools to teach the children. 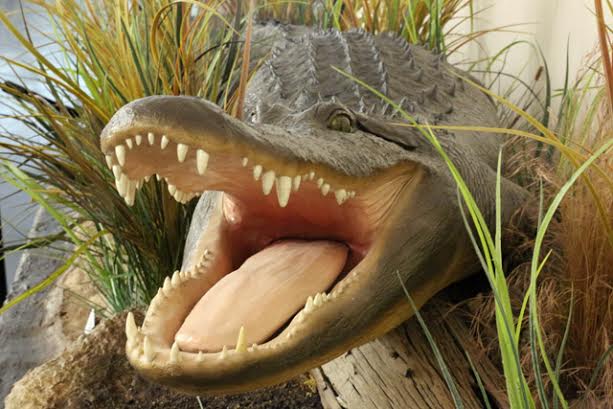 Just in case you think none of the animals on display at the museum move, the museum offers public live animal shows featuring, among other stars, a giant tarantula and a tortoise named Otis. These are Mondays 6:30 and 7:30, Tuesday-Friday 7:30 and on Saturdays at 1:00 and 3:00.

Ya gotta be a kid again! This would be so much fun!