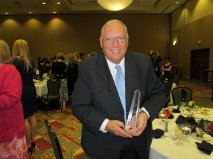 Blaine Yorgason- Lifetime Achievement AwardYorgason wrote his first book, Charlie’s Monument, in 1980. It has since been made into a popular film. He is the author of 83 books which total over four million copies. He has been a teacher and has held a wide variety of positions in the Church. Currently he is a temple worker at the St. George Temple. He and his wife are the parents of seven children. 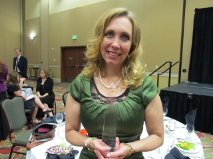 Rachel Ann Nunes – Outstanding Achievement AwardNunes has been a popular LDS author since the mid nineties. Her 37 books have been published with several LDS publishers and she has also self-published. She was instrumental in beginning LDStorymakers, the guild for LDS authors. She and her husband are the parents of seven children and live in Utah. 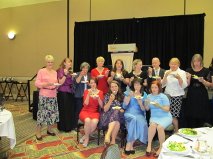 Five finalists are selected in each category by a panel of judges. It has become a tradition for the finalists who don’t receive the Whitney Award in their category to pose for a losers cheesecake award.