Common Concepts in Counseling with Couples 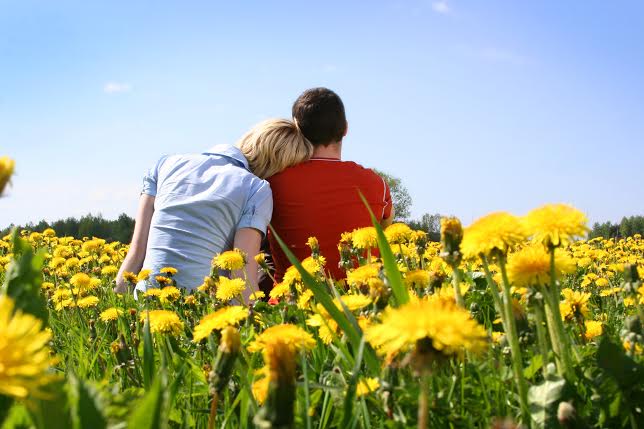 Couples struggle with some common concepts when they come to me for counseling. I thought it might be helpful if I were to provide a bit of a free counseling session by sharing those concepts to help couples begin to shift their thinking in the following ways:

#1 — Focus on Fixing Yourself

If only I had a dollar for every person that walks into my office hoping I will “fix” their spouse. It’s human nature, it seems, to want the other person to do the changing instead of having to change ourselves. Couples need to learn to focus on your own stuff rather than getting caught up in each other’s issues.

The only person you can directly change is yourself. If couples can keep their focus on the things they are individually doing, saying or thinking, and then will spend their time and energy working to change those things, couples will be much more effective in their efforts to improve their marriage and their lives.

Focusing on yourself and the things you actually have some control over also helps you to be less frustrated with your relationship and your life. It’s much more empowering to focus on you, since you have a lot more control over yourself than you do over others. Most of us can stay pretty busy and pretty well occupied with overcoming our own weaknesses and imperfections.

#2– Let Your Spouse Be Different than You

I’m convinced it’s a learned skill for people to realize and regularly remember that their spouse thinks, feels, and responds to things differently than they do, and that it’s okay that they do so. Different is not wrong or less-than. It’s just different.

Every person has their own perception of reality, so the better couples get at allowing their spouse to be and think differently, and to not negatively judge each other’s opinions and perspectives, the better they can work together on their relationship difficulties.

#3 — Let Your Spouse Use Their Agency Differently

Being okay with your spouse when they have differing opinions, and not making it “less-than” leads to also allowing them to have their own agency, and to use it differently than you.

Your spouse making choices that differ from you is not wrong or less-than. But many couples seem to think it’s a personal affront to their opinions and beliefs, as if it means something is wrong with them. It doesn’t have to be defined that way.

#4 — Look for the Third Option

Most couples come to me with two limited options in mind for resolving their relationship issues–neither of which are optimal for either spouse. There is usually a better third option, but it usually requires one or the other to stretch in ways that may not be convenient or comfortable. The process and potential pain of personal growth make it difficult for couples to willingly seek out or embrace such options on their own.

A particular couple came to see me with their relationship struggles. The husband could only see two limited ways to respond to his wife. He identified the first option of saying nothing when she shared something, and shutting down, or speaking up and causing a fight making the situation worse.

Obviously neither one was a good win-win option for improving the quality and connection in their relationship. So, we discussed some additional options. One “third option” was for him to not shut down, but to communicate with her in a different way than he normally did, so that she could receive his comments more openly.

The ability of couples to think outside the box, and come up with alternatives to the two usually obvious, but limited choices can help them be their own self-help marital therapist.

I regularly find myself reminding clients that an issue is “not their crap” but their spouse’s, or it’s their crap and NOT their spouse’s! Couples need to learn how to identify when to take responsibility for something, and when it isn’t their issue. This is difficult for many couples to see sometimes, especially since unhealthy codependency often exists to some degree in many relationships.

One example to show this concept of figuring out whose stuff is whose is a couple where the husband is always “offering suggestions” of how his wife could do things better. He’s an engineer (and a guy), so it makes sense that he might naturally be a fixer and an efficiency expert, right?

While on the other side of the table, the wife may naturally struggle with feelings of inadequacy, so her husband’s helpful suggestions may have the effect of simply feeding into her insecurities.

Where this situation might be his crap is him having to be right all the time, and to look competent in everyone’s eyes (including his own). It might also be his crap if his wife’s vulnerabilities are a perfect opportunity for him to practice restraining the constant sharing of his great ideas, so as to not unnecessarily feed into her insecurities. Overcoming the need to be the “smartest guy in the room” may be another way the issue could be seen as an opportunity for him to work on his own stuff.

Where this might be her crap though, is the opportunity she has to learn to speak up for herself when his suggestions are not wanted or helpful to her. It might also be her crap for her to break through her default of seeing herself as inadequate and less-than. This would require her to not let his “helpful suggestions” any longer equate to any inadequacy on her part. (Remember, different ways of doing things isn’t less than!)

Each person can usually find something to work on in themselves in any given situation, but there are times when we unnecessarily get ourselves caught up in something that is the other’s crap and not yours. It all goes back to concept #1 to just keep your focus on fixing yourself! J

#6 — You Were Attracted to Each Other for a Reason

One of the underlying and profound parts of doing marital therapy is my belief that every marriage has it’s divine purposes.  It’s helpful for couples to think through the notion that if they attracted each other, then there is some divine purpose for them within the experience of their relationship.

Nothing is ever really a mistake in technical terms, because of the Lord’s matchless power to take all these things in marriage and give us experience and learning that will ultimately be for our eternal good (see D&C 122:7).

In marriage, we come together initially as two blissful halves, feeling a sense of completeness–like we have come home. But those complementary differing characteristics that first brought us together soon come to irritate and annoy, inviting both husband and wife to stretch and grow in ways where we may be underdeveloped or unpolished. 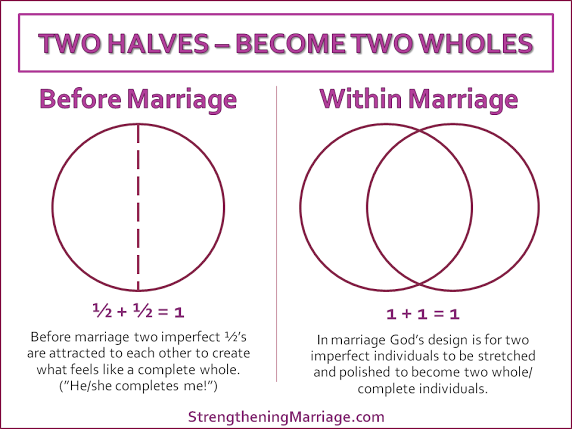 In my personal and professional experience marriage is divinely designed as a polishing process to smooth off our rough edges and help us finish our earthly mortal development. We ultimately become more whole as we work through our differences and change from two half people to two whole people.

Hopefully through this free “counseling session” you have be able to identify even one of these areas that is a struggle in your marriage, and will work to overcome its negative effects, so as to create a sweeter and more satisfying marital relationship.

Marriage and intimacy expert, Laura M. Brotherson, MS, MFT is the author of the best-selling book, And They Were Not Ashamed – Strengthening Marriage through Sexual Fulfillment, and host of “The Marital Intimacy Show.” As a marriage counselor and sex therapist, Laura helps couples navigate the intricacies of intimacy and build stronger marriages and families. Learn more at StrengtheningMarriage.com — your trusted resource for education, products and services to strengthen marriages … intimately!

Another GREAT article from Laura. Having been in a strained relationship for a few decades. Even after feeling like I humbled myself and asked my wife what I needed to change in order for her to express her love more to me, her reply was, "your doing fine" (but I am not going to change at all). I have slowly learned that some of our relationship issues are "her crap" and I need to just focus on myself. I wish I would have learned this a bit earlier and could have possibly skipped out on a few years of depression while I tried harder and harder to do "my part", but my wife refusing to change anything in our relationship.